Governments around the world have pledged billions of dollars for a COVID-19 vaccine candidate. A COVID-19 vaccine candidate is the most valuable and eagerly sought-after medical prize of recent times. It will help save lives, promises the end of complexities and disruption and economic stability. There are also huge returns and status for whoever wins the race and with this comes politics. I had previously outlined the strongest candidates earlier this year. 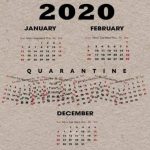 Lawrence Gostin, Professor of Global Health Law at Georgetown University in the U.S neatly summarises; ‘I have never seen the political stakes for a medical product being so intense. The reason the COVID-19 vaccine has taken on such political symbolism is that the superpowers have seen the vaccine as projecting their scientific prowess, actually validating their political system as superior.’

The U.S government for instance has pursued a White-House led initiative called ‘Operation Warp Speed’ (a very American title!). They have invested $8 billion dollars on vaccine candidates. Donald Trump has an election campaign to worry about in November which adds political pressure and sense of urgency. He has promised to fast-track vaccines through the FDA. Politics before safety?

Reassuringly in order to ‘ensure public confidence’ the manufacturers associated with the leading nine COVID-19 vaccine candidates have announced a pledge to uphold ‘scientific and ethical standards’ despite political pressure.

Major players in vaccine development such as those from Moderna (their vaccine is called RNA 1273), Pfizer (BNT 162), AstraZeneca (ChAdOx1 nCoV-19) and Johnson & Johnson (Ad26.COV2-S) have been inking deals with governments across the globe. However, overall, there are over 200 vaccines being developed. Which do you choose? Boris Johnson has called it ‘the most urgent shared endeavour of our lifetimes’. 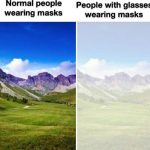 UK Business Secretary Alok Sharma recently announced the purchase of our fourth COVID-19 vaccine candidate. This week I am outlining each of the four and, as far as possible, when they are projected to be ready for use.

The Sanofi and GSK Vaccine

The UK government has most recently secured a fourth COVID-19 vaccine candidate. They have bought up to 60 million doses from GSK and Sanofi. The U.S has also contributed $2 million to support advancement development of this vaccine and by funding the effort will also own 100 million doses of the vaccine.

Funding this COVID -19 vaccine candidate is a reasonable horse to back as Sanofi and GSK are among the world’s biggest vaccine companies. Combined, the two pharmaceutical firms have the largest vaccine manufacturing capability in the world and are scaling up manufacturing to potentially produce 1 billion doses in 2021. GSK are also involved in five other vaccine ventures. 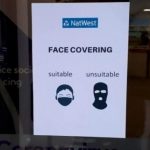 GSK and Sanofi are to start testing their protein-based COVID-19 vaccine candidate (which remains unnamed) on humans this month, following promising results in early studies. The vaccine combines existing technology used by Sanofi to make its flu vaccine, along with an add-on from GSK, known as an adjuvant, which can be mixed with a vaccine to trigger a stronger immune reaction.

The Phase 1 and 2 trials will enrol 440 people across eleven U.S. clinical sites. Assuming all goes to plan, Sanofi and GSK will have data on safety, tolerability, and immunogenicity by December 2020.  This will enable them to immediately progress to a Phase 3 trial (involving thousands of participants).

It is worth mentioning that Sanofi are also developing another self-amplifying RNA vaccine with another company called Translate Bio. RNA vaccines are very clever. Their basic principle is to use a cell’s photocopier system (or transcription) to produce antigens to stimulate our immunity hence the term ‘self-amplifying RNA’.

Trials on this vaccine will begin this quarter. It is important to remember that it remains very unclear how many vaccinations are required just to protect one person. Sanofi expect it may take two, with a four-week interval between the vaccinations. Sanofi could potentially provide enough of the vaccine to protect 50 million people in 2020 and 500 million in 2021.

In May this year the government also bought 100 million doses of the Oxford COVID-19 vaccine candidate (Astra Zeneca) made from a genetically engineered virus. According to the WHO this is regarded as the strongest candidate. Phase 3 trials began on 31st August 2020. The U.S has bought 300 million doses and offered $1.2 billion in support.

The Oxford covid-19 vaccine candidate, (ChAdOx1 nCoV-19) is made up of a weakened version of a common cold virus called an adenovirus that commonly infects chimpanzees. This virus was then genetically altered so that it was unable to replicate in humans. The researchers then added genes that sequence ‘spike’ proteins (called peplomers) from COVID-19: these are the essential parts of the coronavirus that allows it to infect human cells. 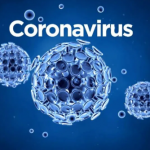 In July, the UK  purchased 30 million doses of the BioNtech/Pfizer COVID-19 vaccine candidate. Their vaccine began Phase 3 clinical trials on July 27th. They remain on track to seek a regulatory review as early as October 2020 and manufacture up to 100 million doses by the end of this year and 1.3 billion by the end of 2021.

The U.S has made $1.95 billion dollars of funding available to Pfizer as part of ‘Operation Warp Speed’ for large scale manufacturing and nationwide distribution of the first 100 million doses of their vaccine subject to FDA approval. So, it would seem the UK may have to be patient!

BioNtech are based in Germany and they have allied themselves with Pfizer to manufacture a vaccine (called BNT162) using self-amplifying RNA. BioNTech and Pfizer have already worked together to develop what are known as RNA-based vaccines for influenza. This vaccine offers several advantages over traditional vaccine approaches, particularly where rapid development and scale-up for production is essential.

The only key issue is that to date no vaccine made from genetic material – RNA or DNA – has been approved. So, any COVID-19 vaccine candidates must be treated as brand new vaccines and it is important not to take shortcuts.

Finally we have Valneva. The UK also purchased up to a hundred million doses (on 20th July 2020) from this French company who specialise in developing and commercialising vaccines.  This seemed somewhat unlikely as Valneva are somewhat of a niche player compared to the rivals.

They have remained relatively unnoticed and away from any headlines. The vaccine VLA2001 is to be manufactured at its facilities in Livingston Scotland. The government is also expected to contribute to various phases of development of the vaccine and is negotiating funding to help expand their production facility in Scotland. VLA2001 is a highly purified inactivated whole virus vaccine.

Valneva plans to enter human testing by the end of this year and possibly score approvals in the second half of 2021. That timeline would put the company behind other vaccine program in the COVID-19 vaccine race.