Today I am writing about the race to develop a COVID-19 vaccine. Before we move on to vaccines I must say that all manner of things spring to mind in these strange times. It appears that one of the first things we do in a time of uncertainty is buy toilet roll. Why? Whatever happened to ‘Keep Calm and Carry on’! This phenomenon also happened when BREXIT was impending.

Consumers were strangely and bizarrely worried about the supply chain of toilet tissue amongst a plethora of far more critical issues. Faced with empty supermarket shelves, consumers are now reselling toilet roll on eBay, stealing it from pubs, churches, hospitals and even each other.

This has now escalated out of all control as packs of 24 Cushelle Koala extra soft toilet rolls are now sold by unscrupulous sellers for anywhere between £39.99 to £59.99 on Ebay. Profiteering at its most shameful. ‘Essity’ who make Cushelle, among other brands, are one of our largest loo-roll manufacturers based in Manchester. They supply more than 30 per cent the nation’s loo paper requirements.

It has six mills which churn out approximately 4.7million rolls a day and their warehouse has another 84 million awaiting dispatch. There is plenty to go around. Reassuringly it also appears that jointly the UK’s toilet roll manufacturers have matters in hand.

A joint statement by the Confederation of Paper Industries (CPI) and the Paper Industry Technical Association (PITA) last week calming troubled water. Their statement said, “manufacturers have increased production to cope with strong demand triggered by additional hand drying and increased hand tissue use stemming from heightened concerns over the airborne spread of disease. Additional product is now reaching retailers.” 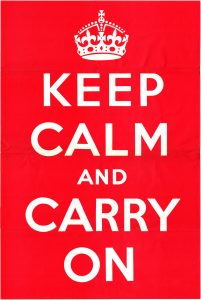 The Background behind Development for Vaccines

As we speak about 35 companies and academic institutions worldwide are undertaking a frenetic effort in a race to create a COVID-19 vaccine. As far as I know at least four prospective candidate COVID-19 vaccines have progressed as far as testing in order to assess efficacy and safety.

For these companies their share prices also reflect this on the presumption that there is a potential pot of gold at the end of the rainbow for any canny investors prepared to hedge their bets. For all this to happen within the expected time frame would be unprecedented.

‘Ervebo’ which is an Ebola vaccine made by Merck broke all existing records by being ready for implementation within five years; up until this point it the norm was 10 years. ‘Ervebo’ was finally cleared by the Federal Drugs Administration (FDA) in the U.S. last year.

This was in response to the outbreak of Ebola Virus Disease (EBV) in three West African countries (Guinea, Liberia and Sierra Leone) from 2014 to 2016. This resulted in more than 28,000 cases of EVD and more than 11,000 fatalities. The safety of ‘Ervebo’ was assessed using several phases of testing. This evaluation process is slow and with good reason.

Many potential vaccines are weeded out at this point for reasons regarding safety or because they are ineffective or even both. Phase one trials are usually undertaken on 20 to 80 individuals in order to demonstrate safety and ensure side effects are acceptable. Phase Two human trials require larger groups of people and is used to garner data as an indicator of efficacy.

Some vaccines can skip from here to regulatory approval when there is an urgent need. Typically, however Phase Three trials are then undertaken as human trials on hundreds to thousands of people, to clearly evaluate both efficacy and safety on a broader scale.

After evaluating all the clinical trial evidence, regulatory bodies determine whether the vaccine can be licensed for public use. Under normal conditions this may even come with the demand of more follow-up safety data. Only then mass manufacturing can begin! When the vaccine becomes available, governments and public health authorities must determine which groups of people get it first.

Another sticking point is that in a pandemic, countries must compete with each other. Pandemics can also impact on countries with the most fragile and underfunded healthcare systems who do not often have purchasing power when it comes to vaccines.

This was the case during the 2009 H1N1 flu pandemic. Perhaps it is no surprise that Donald Trump has come under scrutiny for making secret overtures to the German vaccine developer CureVac with the aim of securing the requirement of the U.S.

All vaccines work according to the same basic principle. The more closely a vaccine mimics the disease, the more protection it will provide. Vaccines present part or all the virus to the human immune system at a low dose, to prompt production of antibodies. Antibodies are a kind of immune memory which, having been elicited once, can be quickly mobilised again if the person is exposed to the virus in its natural form. This response is mediated by lymphocytes which begin their life in our bone marrow. 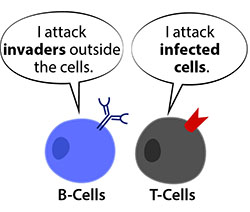 T lymphocytes then destroy compromised cells in the body. A vaccine essentially stimulates the production of T-lymphocytes (these then remain in circulation) so that we will remember how to fight that disease in the future. Vaccines don’t just work on an individual level; they protect entire populations.

Once enough people are immunised, opportunities for an outbreak of disease become so low even people who aren’t immunised benefit. Essentially, a virus simply won’t have enough eligible hosts to establish a foothold and will eventually die out entirely like SARS and MERS; this was the hope for COVID-19.

This phenomenon is called ‘herd immunity, and it has allowed once-devastating diseases to be eliminated entirely, without needing to vaccinate every individual.

Vaccine Development has been Accelerated by Technology

Clearly, as most of us know, we are hoping for a vaccine for the new coronavirus in an unprecedented 12 to 18 months. So, how can this happen so rapidly? Traditionally vaccine prototypes usually take years to develop but with COVID-19 vaccine we have a been able to miss a few of the rungs of the ladder. The unprecedented speed with which prototypes have evolved is largely down to Chinese efforts to sequence the entire genetic code of COVID-19.

Coronaviruses (or CoVs) have the longest genome of any RNA-based virus – a single strand of nucleic acid roughly 26,000 to 32,000 bases long. China shared this genetic sequence in early January. This gave all the interested research groups much of what they needed to know. Academic institutions and pharma companies quite literally had prototypes within hours. This is because they could immediately identify quickly which bits of the virus might be used in a vaccine.

Another reason for this phase being so rapid is that work had already begun some years ago for vaccines on another two coronaviruses. With the advent of SARS in 2002-4 and MERS in 2012, work to develop a vaccine began in both cases but was then postponed when each outbreak was contained. Which brings us on to our four contenders.

A U.S. based company called Novavax has for instance re-purposed vaccines developed for SARS and these will soon be ready for human trails. Novavax have made what is basically termed a “recombinant” vaccine. Because they had access to the genetic sequence, they could extract the fragment of genetic code that makes the protein spike on the surface of COVID-19. The vaccine is made of “nanoparticles” of the spike protein plus an immune-stimulating chemical.

The name ‘coronavirus’ comes from the Latin word corona (which means ‘crown’), because of the spiky fringe that encircles these viruses. These protein spikes (or ‘peplomers’) are essential to permit binding onto a host cell (typically in our respiratory system). This protein spike is also the specific piece of the virus that will most likely provoke an immune reaction in humans. Novavax inserted the sequence for the spike into the genome of another microorganism forcing it to generate large quantities of the spike protein. 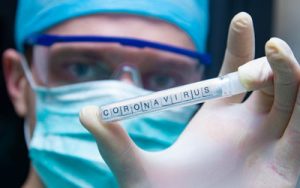 The Main Contenders in the race

Novavax was been part funded by CEPI. The Coalition for Epidemic Preparedness Innovations (or CEPI ). They invest in independent research projects that develop vaccines against emerging infectious diseases such as COVID-19. CEPI started in 2017 with a large donation of $460 million from the Bill and Melinda Gates Foundation! Novavax have been instrumental as a driving force in the vaccine development for COVID-19 and they have invested in those initiatives most likely to succeed.

CEPI are also investing in another project in the UK at Imperial College London which is also at a testing stage. Run by Professor Robin Shattock of Imperial’s Department of Infectious Disease it took just 14 days to get from the genetic sequencing of the virus to generating a trial vaccine in the laboratory.

This project used cutting-edge technique to inject a new genetic code into muscle cells. The new genetic code instructed the muscle to also make the protein found on the peplomers of COVID-19 triggering a protective immune response like Novavax. It is planned to commence with experimenting on humans in the summer and have the vaccine available next year.

In the meantime, a third company called BioNTech based in Germany has teamed up with Pfizer in its endeavours to produce another vaccine but by a very different method using what they call self-amplifying DNA. Such is their confidence that they have even signed a deal with Shanghai Fosun Pharmaceutical outlining its rights in China for distribution while Pfizer would presumably deal worldwide. BioNTech and Pfizer have already worked together to develop what are known as RNA-based vaccines for influenza. BioNTech’s proposed new vaccine relies on the body’s messenger RNA (or m RNA). This carries the genetic code for making proteins that make antibodies.

RNA vaccines are very clever. Their basic principle is to use a cell’s photocopier system (or transcription) to produce antigens to stimulate our immunity hence the term self-amplifying RNA. RNA vaccines have been shown to be very effective at stimulating the immune system. It will begin human trials next month with this new vaccine called BNT162.

They may offer several advantages over traditional vaccine approaches, particularly where rapid development and scale-up for production is essential. The only key issue is that too date no vaccine made from genetic material – RNA or DNA – has been approved. So, any COVID-19 vaccine candidates must be treated as brand new vaccines and it’s important not to take shortcuts.

A fourth company called Moderna is using a similar approach as it also races to develop a vaccine, with testing being scheduled very shorty in Seattle in a drug trial funded by the National Institutes of Health in the U.S. The vaccine is called RNA-1273 and was developed in Cambridge, Massachusetts.

This is also supported by CEPI. The RNA-1273 vaccine has shown promise in animal models and is ready for a Phase 1 trial on humans. They were able to quickly develop RNA-1273 because of prior studies of related coronaviruses that cause severe acute respiratory syndrome (SARS) and Middle East respiratory syndrome (MERS). They are also using self-amplifying RNA.