Typical symptoms: Pain on the bony prominence on the outside of your hip that worsens with activity.

Bursae are structures that occur throughout the body. They are basically little sacks of fluid that typically occur between bony surfaces and overlying soft tissue (such as a tendon). They essentially act as little cushions and serve to prevent the effect of friction. However, they themselves can sometimes become irritated.

The most frequently affected bursa in the hip overlies the large bony prominence on the outside of your hip known as the greater trochanter; hence the term trochanteric bursitis. 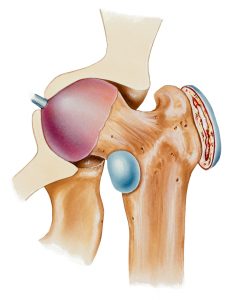 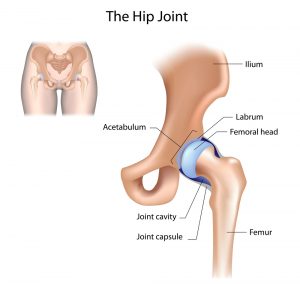 Hip bursitis is typically self-limiting and it will recover over several weeks. Utilising ice packs and a non-steroidal anti-inflammatory on a short-term basis is useful. Manual therapy can also help to release possible accompanying tightness.

In our clinic we would also perform gait analysis and check running shoe suitability with additional advice on exercise regime (such as Pilates) to address any instability issues in the hip.