Sometimes one really must wonder. Priti Patel was asked what the difference was between Boris Johnson cycling in Olympic Park, East London, seven miles away from Downing Street and two Derbyshire women driving 5 miles away from home to go for a walk in a beauty spot only to be fined £200. In terms of surface detail, the difference between these two events is as negligible as the photo of the man taken with his dog below. 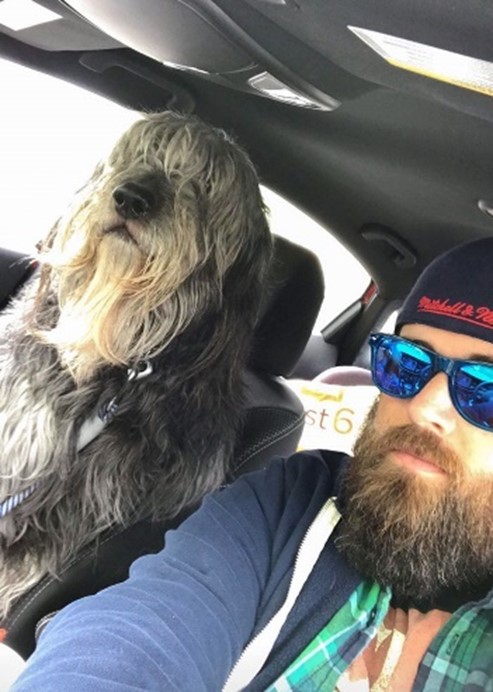 Of course, we all know exercise with one member of another household is in fact permittedin your local area. Ms Patel was asked for clarity by Holly Willoughby on ‘This Morning’. She was unable to give an explanation of the guidelines which, as Home Secretary, does not inspire a great deal of confidence. In the meantime, many mums have been remarkably busy on twitter following the school meals debacle. 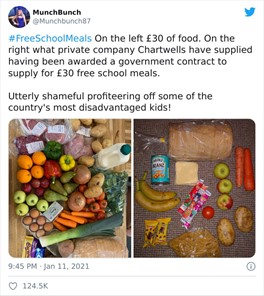 And then we have BREXIT lurking in the background. No less surprised are UK lorry drivers entering Holland who had their ham sandwiches confiscated although one driver was permitted to keep the bread! This was because under new trade restrictions you cannot bring POAO (products of animal origin) into the EU. But BREXIT also has an impact on vaccine rollout and, at least in this regard, we just might be better off.

Our vaccine rollout is proceeding at a much better rate than our EU counterparts. This is partly because our Medicines and Healthcare Regulatory Authority (MHRA) has acted quickly to approve the first wave of available vaccines. The UK has procured 357 million doses of vaccine from seven different sources. The first wave of approved vaccines that we have so far approved are Astrazeneca (we ordered 100 million doses), Pfizer (60 million) and Moderna (17 million). These comprise almost half of our total orders. We have also ordered 60 million from Novavax, 60 million from Valneva, 60 million from Sanofi and 30 million from Johnson and Johnson (J&J).

For those member states within the EU progress has been slow which has generated political friction and frustration. This comes as a surprise because many countries such as Germany and Finland were good at limiting mortality and controlling infections last year and yet they remain well behind the UK and Israel in rolling out a vaccination programme. Unfortunately, that has as much to do with politics as it does with science. 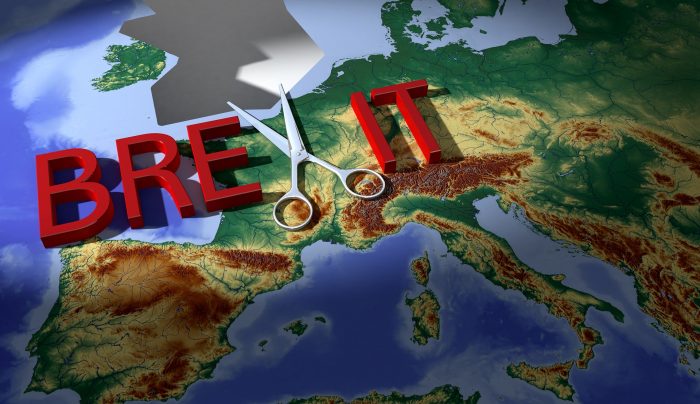 The EU Commission, responsible for vaccine procurement, has come under fire particularly from Germany. Despite purchasing seven different vaccines, only two have been approved (BioNTech/Pfizer and Moderna) by the European Medicines Agency (EMA). Unfortunately, these two first wave vaccines only represent 33.3% of their total order. Most of this is from Pfizer who have just postponed their delivery dates and subsequently pressure is mounting forcing some EU member states to take matters into their own hands. Overall EU procurement figures are given below.

Doses ordered by the EU Commission

Unsurprisingly the EU Commission has also been criticised for buying insufficient quantities of the BioNTech/Pfizer and Moderna vaccines. The European Medicines Agency (EMA) also took much longer than the UK to approve the BioNTech/ Pfizer vaccine. The EMA is yet to approve the Oxford/AstraZeneca vaccine candidate but it could be given be given the go-ahead by the end of this month.

A key component of the EU’s vaccine procurement is the supply from BioNTech/Pfizer at 600 million doses. It has just been announced on Friday 15th January by Pfizer that EU supplies will be delayed and that it regretted “unexpected and . . . very short notice”. This will also affect the UK (we have order 60 million doses). Some countries like Sweden have announced that this will result in a 25% reduction in supply of the vaccine. The German government said it expected the commission, in its negotiations with Pfizer, to create “clarity and security on the further deliveries and delivery dates as soon as possible”.

Pfizer have stated that the volume of orders for its vaccine BNT162b2 are much greater than it originally planned, and it has had to expand its manufacturing capacity which has to go through a regulatory process. The upside is that once approved it can provide a significant increase in doses in late February and March meaning in total it will produce 2 billion doses in 2021 as opposed to 1.3 billion. Pfizer’s Belgian facility would increase the number of doses shipped per week thanks to expanded capacity. The German company’s newly acquired manufacturing site in Marburg is also expected to come online by mid-February.

Supply to the UK could also be affected. A UK government spokesperson said: “We are in the process of understanding the implications of Pfizer’s announcement today to our plans. However, we continue to plan to hit our target of vaccinating all four priority groups by February 15.” Meanwhile the situation has caused and escalated significant tensions among member states (particularly amongst the Nordic states) in the EU because of immunization rates that are already lagging. 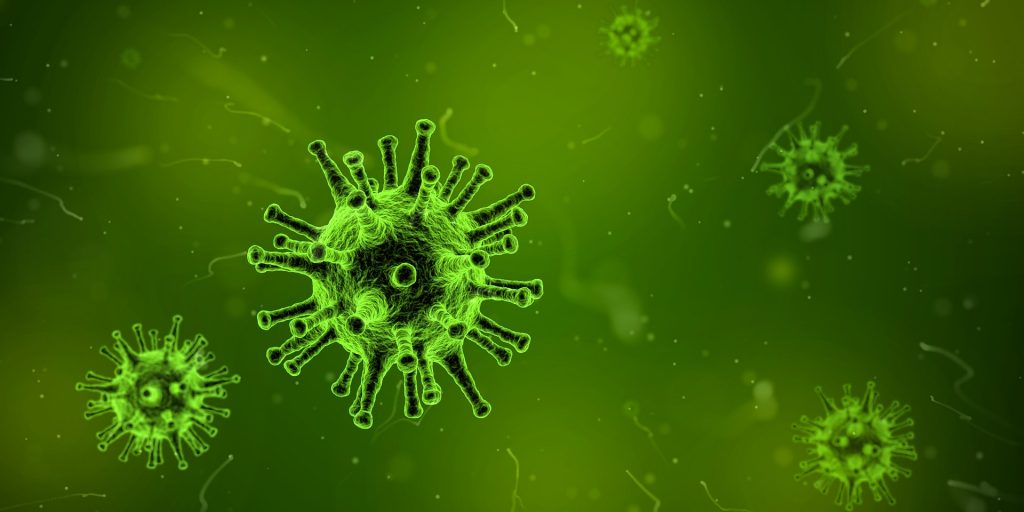 The EU was also slower at making decisions over which vaccines to buy when compared to the US and the UK. This happened for several reasons. Their purchasing plans had to be agreed with all member states, which took time, and there were disagreements with pharmaceutical companies over the small print regarding insurance liability. Meanwhile the other EU vaccines that have been ordered have all experienced delays for a host of reasons.

Unfortunately, Sanofi/GSK, from whom the EU has ordered 300 million doses (and the UK 60 million), announced the delay of their vaccine programme last month so that they could improve immune response in older adults. The Sanofi-GSK vaccine uses the same recombinant protein-based technology as one of Sanofi’s seasonal influenza vaccines. It will be coupled with an adjuvant, a substance that acts as a booster to the vaccine, made by GlaxoSmithKline (GSK).

Like several other vaccines, the protein adjuvant approach relies on teaching your immune system to recognise COVID-19’s protein spikes. However, while the RNA and DNA vaccines work by making some of your own cells produce these crowns, this vaccine directly inserts protein spikes into the body.

Their initial Phase 1 & 2 studies demonstrated an immune response comparable to patients who recovered from COVID-19 in adults aged 18 to 49 years, but a much lower immune response in older adults. Clearly this is critical because older age groups are more vulnerable. However, they have obtained more promising results using an improved antigen formulation which has demonstrated an improved effect and they intend to start Phase 3 trials next month. 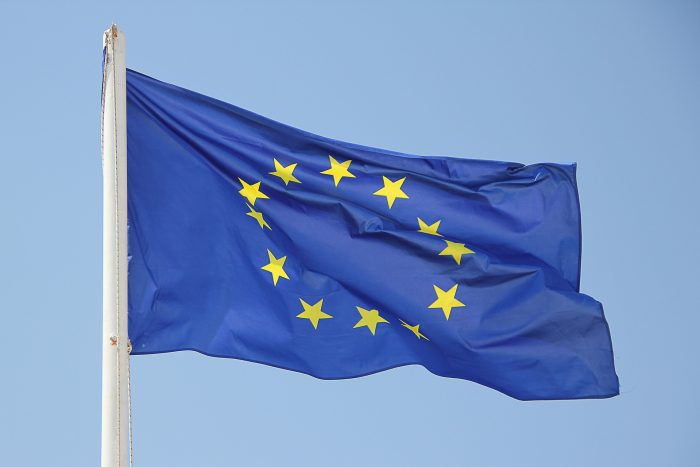 Thomas Triomphe, Executive Vice President and Head of Sanofi Pasteur commented ‘we care greatly about public health, which is why we are disappointed by the delay, but all our decisions are and will always be driven by science and data. We have identified the path forward and remain confident and committed to bringing a safe and efficacious COVID-19 vaccine.’ As things stand the availability of the vaccine is projected to be available in the fourth quarter of this year. Sanofi/GSK have not commented on how many doses they intend to manufacture in 2021 or 2022 at this stage.

CureVac, based in Germany, are making an RNA based vaccine (called CVnCoV)  which is remarkably similar to the vaccine made by Pfizer and Moderna. The EU has ordered 405 million doses from CureVac. They have lagged behind BioNTech/Pfizer and Moderna in terms of progress. They began Phase 3 testing in December 2020 across the EU and Latin America. Unlike its counterparts their product is thermostable at normal fridge temperature and their dose requirements are much smaller at just 12 micrograms per vaccine (the BioNTech/Pfizer vaccine is 30 micrograms per vaccine).

This means that it can be transported in larger amounts and shipping is much easier. CureVac have stated that their production capacity for 2021 would be 300 million doses with a further 600 million doses in 2022. These figures are somewhat dwarfed by BioNTech/Pfizer who estimate double the production in 2021 of 1.3 billion doses. The CureVac CVnCoV vaccine should be ready for approval later this year.

The last vaccine candidate on order for the EU is the Johnson & Johnson vaccine (JNJ-78436735 or Ad26.COV2.S). The EU has ordered 400 million doses and we have ordered 40 million. This is a DNA vaccine like the Oxford/AstraZeneca vaccine and uses a modified adenovirus that causes the common cold. They are expected to obtain their results from their clinical trials by the end of this month from a Phase 3 trial involving 45,000 participants.

If the trials show the vaccine is effective, the company could apply for emergency use authorization from the Food and Drug Administration in February closely followed by an application in the EU. The company is aiming to manufacture 1 billion doses in 2021 although unfortunately it has had manufacturing delays which means that it will not be able provide as many doses as anticipated. The company has fallen as much as two months behind the original production schedule and will not catch up until the end of April.

What is interesting is that the Johnson & Johnson vaccine could offer advantages over the current approved first wave vaccines (Moderna, BioNTech/Pfizer and AstraZeneca). Unlike those vaccines, which require two doses, the J&J vaccine could just be one, hugely simplifying logistics, and furthermore the vaccine is also stable in a refrigerator for months. 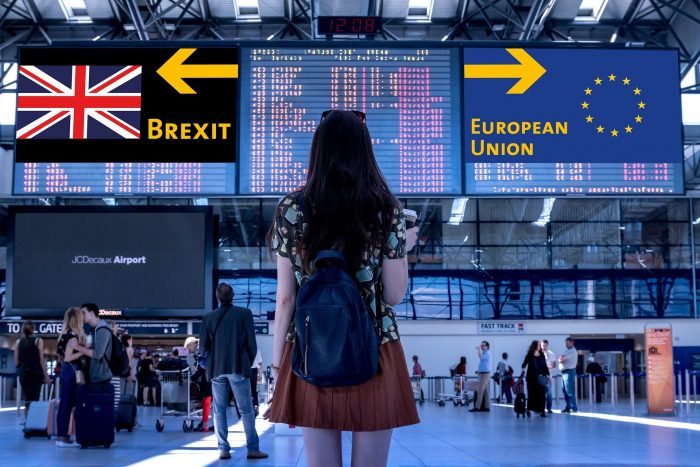 Ruth Faden, a Professor of Biomedical Ethics at Johns Hopkins University comments. ‘A vaccine that is one dose would have a tremendous, tremendous public health impact, of course for low-income countries, but also in high-income countries.’ Results published in the New England Journal of Medicine on January 13th, 2021 checked the blood of volunteers 71 days after receiving a single dose, and found their levels of coronavirus antibodies were still high. In some cases, they were still increasing.

Compared to the EU the UK’s vaccine roll out is much faster. At the time of writing, we have vaccinated 3.5 million people or about 5% of our population. Deals in the UK were done earlier than the EU and we also sought early regulatory approval through the MHRA. We also now have a large vaccination network. We have been fortunate as a high percentage of our orders were first wave approved vaccines and clearly the Oxford/Astrazeneca vaccine is manufactured in the UK. We have also ordered two second wave vaccines that EU has not ordered.

The Novavax vaccine NVX-CoV2373 is in two Phase 3 trials; we have ordered 60 million doses. The UK-based Phase 3 trial was announced as having completed its 15,000-participant enrolment target last November. This trial, which will serve as the basis for licensure in the UK, European Union, and other countries, has interim data expected early 2021. We have also ordered a vaccine from the French company Valneva. They have initiated a Phase I/2 clinical trial of its inactivated and adjuvanted COVID-19 vaccine, VLA2001, in the UK last December and have agreed to provide the UK with 60 million doses of its vaccine in the second half of 2021, if vaccine development is successful.