Next weekend I will not be writing as half term draws to a close so I will be exercising my prerogative to have a few days off. In February 2021 I detailed the emerging threat in healthcare settings of adventitious moulds such as Aspergillus fumigatus and Candida auris.

Unfortunately, moulds (specifically mucormycosis) have recently been in the news again but this time in India.

On a much more positive note, I am also covering some exciting new research on algae in the relatively new scientific field of optogenetics.

There is no connection between moulds (Kingdom Fungi) and algae (difficult to classify but they can be either Kingdom Protista or Planta). That is except for one of my typically poor jokes. ‘What did the algae say to the fungus about their symbiotic relationship? I’m lichen it.’

Meanwhile back in the UK bizarrely it transpires we have just been enjoying a secret lockdown, but the government has failed to tell anyone. Clearly this applied to areas that are most affected by the Indian variant as nationally cases continue to slowly rise again. 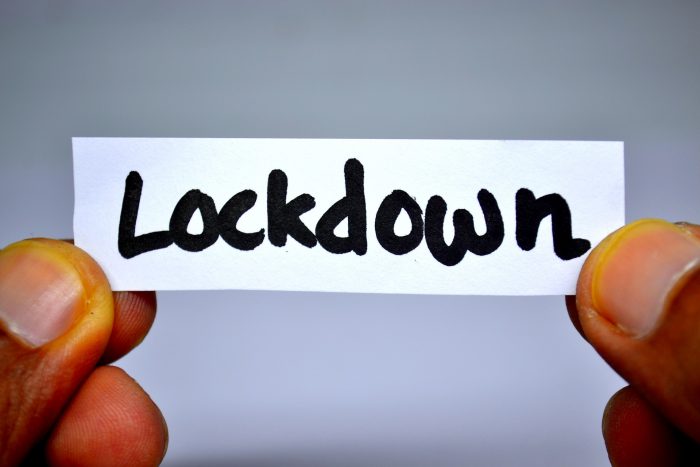 There were no active communications of the change to the local populations affected, no press releases, no announcements, and a conspicuous absence of notification to any local authorities.

In the affected areas such as Bolton, Blackburn, Bedford, Burnley (this is a lockdown by alphabet!) the government website warns that people should ‘avoid travelling in and out of affected areas unless it is essential, for example for work, if you cannot work from home, or education.’ Unless you are bored enough to read the small print on the government website you may have missed this, but maybe algae might prove a little more interesting!

Algae are part of a group of predominantly aquatic photosynthetic organisms. They have many types of life cycles, and they range in size from microscopic species to huge giant kelps that reach 60 metres in length. 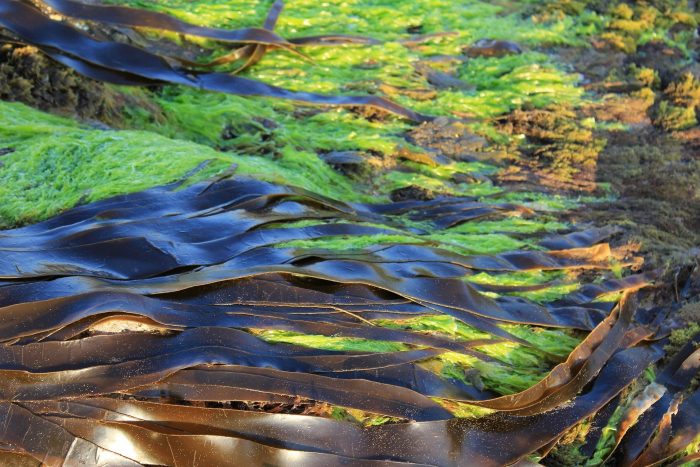 So complex are algae that scientists (the study of algae is called phycology) are still arguing about their classification and taxonomy today. In addition to their ecological roles as oxygen producers and as the food source for almost all aquatic life, algae are economically important as a source of crude oil and as sources of food and several pharmaceutical and industrial products for humans. Algae have now also been used in an area of research called optogenetics.

A remarkable new piece of research was published in the scientific journal ‘Nature’ on May 24th, 2021. This research used optogenetics to control light sensitive neurons in the human eye by adding a gene for a light-sensitive protein called an opsin from algae.  This research was undertaken on a 58-year-old French patient who suffered from retinitis pigmentosa (RP). This patient could detect light but could not distinguish shapes and had been this way for 40 years.

Retinitis pigmentosa is a neurodegenerative eye disease where a progressive loss of photoreceptors in the eye can ultimately lead to complete blindness. It affects more than 2 million people worldwide. It is progressive and inherited and there is no known cure.

However, people with RP, even though they lack photoreceptors, still have the ganglion cells that route visual information to the brain via the optic nerve. That means the patients could potentially gain vision if their photoreceptive cells were given another source of opsin. Let us not forget that algae are also photosynthetic organisms that utilise opsin. But first, what are opsins?

Our retinal photoreceptor cells use opsins to turn light into electrical impulses that are then relayed to the brain.  Opsins are present in the eye in specialized neurons in the retina called rods and cones (as most of us know). Rods are the most numerous receptor cells, with between 90 and 120 million in the human retina, and these handle shades of light and dark. These contain the opsin called rhodopsin.

They are much more sensitive than colour sensitive cells in the eye, each able to detect just four or five photons of light. Rods dictate how we see in low light conditions and they give us our monochrome night vision. In the meantime, we also have other receptors called cones that have three different opsins that can detect colour depending on the wavelength of light (blue, green and red).

By comparison we only have about 6 million cones. These are packed into a tiny area in the eye called the fovea, a small pit in the back of the eye that helps with the sharpness or detail of images. 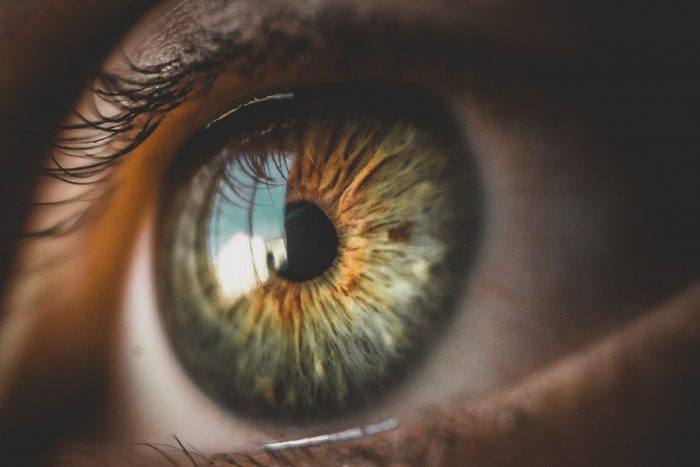 Our 58-year-old patient had almost complete loss of sight in both eyes and his photoreceptor cells were almost non-functional. The rest of the patient’s visual pathway was of course fully functional. The object of the study was to somehow stimulate photoreceptor cells to function so that the patient’s eyesight (or at least some of it) could be returned.

Just like the adenovirus based COVID-19 vaccine that used a viral vector to deliver genetic information to human cells this study used the same principle. An adenovirus based vaccine was used to deliver alga genes into the light receptive cells in our patient’s worst affected eye.

Once the gene was delivered into the eye of our 58-year-old Frenchman, in theory it should have produced a light-sensing protein called channelrhodopsin. Remarkably this protein is used as a sensory photoreceptor for unicellular green algae, helping it search for light.

The patient was also asked to wear eyewear that transformed incoming light into monochromatic light with no colour (this is the ideal wavelength for channelrhodopsin).   Initially there were no changes for the first few months.

Then, one day he reported spontaneously seeing white stripes that formed a pedestrian crossing. Several laboratory experiments were performed which confirmed the improvement and, as things continued further, he could even see and touch objects. He could find and touch dark objects set on a white table, such as a notebook or a box of staples. 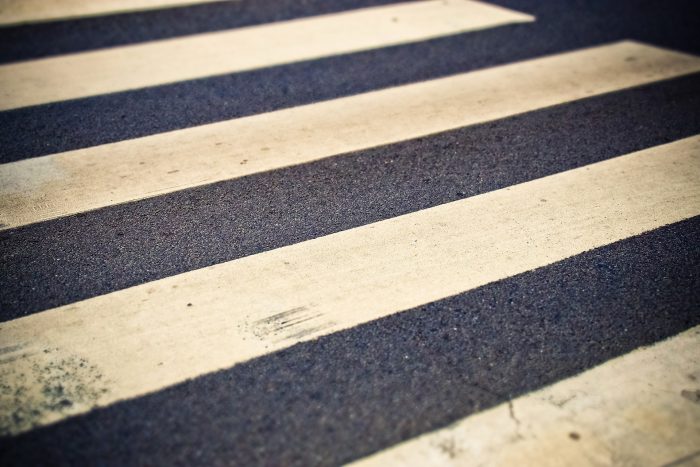 His visual gains were ultimately modest—he could not see colours or discern faces or letters. This is the first published report of using optogenetics to treat a disease in people and it is remarkable. It is just a shame that our algae could not be recruited to counteract the effect of mucormycosis.

Mucormycosis in India has been called the ‘black fungus’. Mucormycosis is normally exceedingly rare and usually affects 1.7 people per every 1,000,000 in the general population globally.

This is except for India where unfortunately the incidence is 80 times higher (even outside a pandemic).  According to a study published in 2019 in the journal ‘Medical Mycology’, at four major hospitals in India from 2013-15 there were a reported 388 mucormycosis cases most of who had uncontrolled diabetes. It is estimated that roughly 9% of the adult population in India has diabetes according to the World Health Organisation (WHO).

Within the context of a pandemic however the incidence rate of mucormycosis in India has risen spectacularly. Although the situation at the time of writing has improved, the scenes of suffering in India in early May were hard to comprehend.

This made for uncomfortable reading as we in the U.K experienced gradual relief from restrictions as we enjoyed the rewards of our rapid vaccination programme. But in India, the second most populous country in the world (at 1.36 billion people), their healthcare system was utterly overwhelmed. Their social media feeds were full of desperate people seeking sources of medical oxygen, hospital beds and basic necessities. 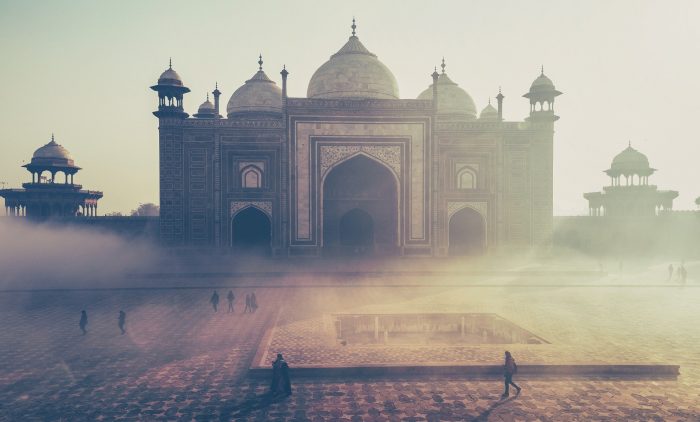 Mucormycosis is caused by moulds in the order Mucorales. This order includes moulds of genera Rhizopus and Mucor, both of which are common bread moulds.  The alarming rise in ‘black fungus’ infections in India, as one would expect, has been in patients who are recovering from COVID-19.

There have now been 7,200 reported cases. So far five states, Tamil Nadu, Odisha, Gujarat, Rajasthan and Telangana, have declared ‘black fungus’ to be an epidemic, and more states are expected to follow. The Indian Council of Medical Research has issued an advisory on the diagnosis and treatment of the disease.

Maharashtra, the first state to be hit hard by India’s second wave, has reported upwards of 1,500 cases of mucormycosis and 90 deaths, the highest in the country. Hospitals in Delhi have also begun reporting an unprecedented rise in cases – as much as 15 to 20 new cases a day in some hospitals, compared with previous rates of one or two cases a month. In Delhi and Bangalore, there are now waiting lists for beds for treatment for the disease.

In individuals with a weakened or compromised immune system, mucormycosis can cause severe, even life-threatening, infections (it has a 50% mortality rate). It most often infects people with uncontrolled diabetes mellitus (Type 2 diabetes) or people who have neutropenia (low levels of white blood cells). India as we mentioned has the second highest rate of diabetes in the world.

There is also a connection with corticosteroid use. Steroids help reduce inflammation in the lungs (hence the approved use of dexamethasone for COVID-19). One of the trade-offs is that steroids reduce immunity and elevate blood sugar levels in both diabetics and non-diabetic COVID-19 patients. For adventitious moulds this provides an opportunity for infection.

This was neatly summarised by Balram Bhargava, the director of the Indian Council of Medical Research, who commented: “If a person’s immunity is suppressed, it will infect them. If the spores have access to high sugar [levels], it will grow. We have seen this happen with COVID-19 patients with diabetes and uncontrolled sugar, or who are immunocompromised or have been given immune-suppressants.”