As the COVID-19 pandemic continues other grim issues such as an  overriding opioid crisis, particularly in the US, have not gone away. Much of this was originally driven by the over prescription of opioid painkillers (such as codeine and tramadol) with users then migrating to other substances. The opioid crisis has had a high profile in the US where it is the subject of much debate and media coverage. It has even been a key issue in presidential elections in 2016 and the forthcoming election campaign in 2020.

The Opioid Crisis is Rising in the UK

This is for good reason. Overdoses involving opioids contributed to over two thirds (67.8%) of all overdose deaths in the US in 2017 alone, with 47,600 deaths in total. This figure rose to 71,000 in 2019. Many observers believe that the COVID-19 crisis will lead to further escalation of the opioid crisis. In the UK, where levels of use have generally been lower there has been less concern, though it would be complacent to assume that we do not have an issue.

The NHS Business Services Authority estimate that 12.8% of the adult population in England were prescribed opioids in 2017/18. According to the Office of National Statistics (ONS) there is an underlying pattern of increasing deaths in the UK in which an opioid pain medicine (OPM), especially tramadol, is mentioned as present on the death certificate.

In the latest data sets, deaths related to tramadol have risen to 240 per annum in the UK. Prescribed opioid dependence is now a global phenomenon affecting Canada, Australasia and Europe.

Opioids have been regarded for millennia as among the most effective drugs for the treatment of pain. The first known people to cultivate the poppy plant were the Sumerians in Mesopotamia around 3400 BC. They called it Hul Gil, the ‘joy plant’. The use of opioids slowly spread throughout the ancient world to every major civilization in Europe and Asia. More recent discoveries reinforced its status. 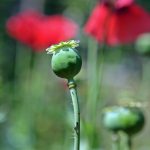 Opioid usage was extremely Common in the Victorian Era

The discovery of morphine in 1805 ushered in a new era of widespread opioid use in Victorian Britain. It was named after Morpheus the Greek God of dreams. In 1897 the Bayer Company manufacture and heavily promoted a new wonder drug called ‘Heroin’ (so-called because of its ‘heroic’ benefits).   Soon however opium addicts would also cherish it for its euphoric affects.

In early 19th-century Britain, opium was the aspirin of its day and it was an important part of everyday life used for a long list of ailments. It was widely available from almost anywhere, without medical prescription, in small quantities and it was inexpensive. The opium trade was also important for the British economy. We had even fought two wars between 1839-1842 known as the ‘Opium Wars’ because of the immense profits.

But there was another side to this story. Oscar Wilde in his novel ‘Picture of Dorian Grey’ written in 1891 summarises; “There were opium dens where one could buy oblivion, dens of horror where the memory of old sins could be destroyed by the madness of sins that were new.” The 1920 Dangerous Drugs Act brought an end to this era by restricting the use of opium and its derivatives for medical use only.

Opium and its derivatives present society with a unique problem to solve. Today, their use in the management of acute severe and chronic pain is considered as standard practise throughout the world. Codeine, tramadol and morphine are well known to all of us. But at the same time, just as in the book ‘Dorian Grey’, they are widely feared compounds that are associated with addiction and abuse. 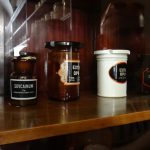 Opioids sadly have a dark underbelly with derivatives that are Class A illegal drugs such as heroin, although in truth any opioid derivative has a potential for addiction. This awkward interface has led to a rising sense of uncertainty. Given this conflict, their role in modern medicine is being questioned.

Looking at some of the available research there are many factors, both individual and environmental, that serve to influence whether any one person who takes opioid drugs will continue taking them long enough to become dependent or addicted. The reason for addiction is of course because they generate a sense of euphoria. Addiction occurs chiefly because of tolerance.

Tolerance is a phenomenon in which an increasing dose is required to produce the same pharmacologic effect. The body develops tolerance after repeated administration, and higher doses of opioids are required to maintain the same desired effect.

Repeated exposure to opioids leads to neurological modifications in our reward circuits. The brain reduces number of receptors and neurotransmitters involved in these pathways making it more difficult to experience pleasure and euphoria. Therefore, potentially a person who misuses opioids eventually feels flat with a lack of motivation and is unable to enjoy things that were previously pleasurable. So, opioids are required to experience even a normal level of reward. 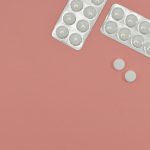 How Opioids Affect our Physiology & Neurochemistry

When we feel pleasure, this is how evolution allows us to identify and reinforce beneficial behaviours, such as eating and socializing. We are hard-wired to increase the chances that we will repeat these pleasurable activities because it makes us feel good. The neurotransmitter dopamine is central to this. When our reward circuit is activated by a pleasurable experience, a surge of dopamine signals that something significant is happening that needs to be remembered.

This dopamine signal causes changes in our neural connectivity that make it easier to repeat the activity again without thinking about it, leading to the formation of habits.

Opioids generate euphoria because they produce larger surges of dopamine, powerfully reinforcing the connection between consumption and pleasure, and all the external cues linked to the experience. These large surges of dopamine educate the brain to seek opioids and other drugs at the expense of other, healthier goals and activities. This learned ‘reflex’ can last a long time, even in people who have not used drugs in many years.

In terms of our physiology, opiates travel through our vascular system to our central nervous system, where they attach to specialised receptor proteins that are located on the surface of neuron cell membranes. There are three major types of opioid receptor, m, d and k (mu, delta and kappa). These exist because we manufacture our own naturally occurring endogenous opioids such as enkephalins, endorphins and dynorphin. Enkephalins interact with d receptors.

They are involved in several biological processes and help mediate pain, emotional responses, respiratory and cardiovascular function. Endorphins interact with m receptors and these are involved in pain management, possessing morphine like effects, and are involved in natural reward circuits such as feeding, drinking, sex and maternal behaviour. Dynorphin meanwhile interact with k receptors which are related to learning and memory, emotional control, stress response and pain.

Exogenous opioids, as opposed to endogenous opioids, such as heroin and morphine, influence our neurochemistry because they bind to the same receptors because they have similar molecular configuration. When the three opioid receptors (mu, delta and kappa) are activated  this typically generates an inhibition of activity in other neurons and interneurons involved in various different pathways. Research suggests when mu receptors are activated by opioids the nett result is a surge in dopamine.

This pathway involves a decrease in the release of gamma aminobutyric acid (GABA) which is a naturally occurring amino acid that works as a neurotransmitter. GABA is considered an inhibitory neurotransmitter because it blocks, or inhibits, certain brain signals, decreases activity in our nervous system and limits our dopamine levels. When mu receptors are activated there is a reduction in GABA which naturally limits the release of dopamine. Without this inhibition much more dopamine is released.

Chronic opioid usage also leads to physiological changes that manifest when sudden withdrawal occurs. One of the key symptoms during opioid withdrawal is a state of sensitized pain. The is caused by a sudden upregulation of what is known as the cAMP-signalling pathway. Cyclic adenosine monophosphate (or cAMP) has multiple effects. When no opiates are available, there is a sudden increase in cAMP which is widely associated with neural hyperactivity, a sensation of craving for more opiates and an increase in pain perception.

This is no doubt opioids are valuable in the correct setting such as short-lived situations, end of life care and cancer pain but real issues exist for longer term pain management. ‘Opioids Aware’, a website launched in 2015 by the Royal College of Anaesthetists’ Faculty of Pain Medicine, the British Pain Society, several medical colleges and Public Health England was established to guide safe prescribing of opioids.

There are also many support websites such as wearewithyou.org.uk and adfam.org.uk which offer genuine help and advice if you know anyone who could be affected by long term opioid use.