One really must wonder exactly what purpose newspapers like the Daily Star serve. Of all the different metaphors or superlatives one could use to summarise the US elections on a front page ‘old fart wins election’ followed by ‘senile one beats lunatic’ gives a clear indication of the quality we can expect should we choose to continue reading. This news was also superseded by ‘Ian Beale returns to Eastenders’ at the very top of the page which obviously takes precedence. Meanwhile the Ayrshire Daily News proudly led with ‘local golf club owner loses 2020 presidential election’. Of course, Donald Trump owns the Trump Turnberry golf course in South Ayrshire. 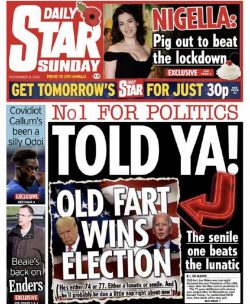 On a scientific note Pfizer and BioNTech’s Phase 3 results appeared to be very encouraging for their BNT162b2 vaccine as it reported an early efficacy of 90%.There are currently 11 vaccines that are in the final stages of testing, but Pfizer is the first to release any results so far apart from the Russian vaccine Sputnik V who reported an efficacy of 92%.

However, the Sputnik V data is based on a smaller group of participants and correspondingly fewer cases of COVID-19 developing during its trial. Sputnik V is being developed at the National Research Centre for Epidemiology and Microbiology in Moscow, and is currently going through Phase 3 clinical trials in Belarus, UAE, Venezuela and India.

Any vaccine cannot come soon enough as at the time of writing we had 33,400 positive tests in the UK on 12th November. Meanwhile the Office of National Statistics (ONS) estimated 50,000 cases per day during this period. However, encouragingly the overall R value appears to be decreasing.

Among the risks and uncertainties that lie within this good news regarding the mRNA BNT162b2 vaccine is that it comes with the challenge of ‘ultra-low temperature storage’. A temperature of -70oC is imperative to keep the vaccine stable and viable. Most vaccines are refrigerated at around 2-8°C but Pfizer’s vaccine, which uses messenger RNA, has vastly different requirements. Messenger RNA (or mRNA) vaccines have never been used before but unfortunately they are not thermostable. 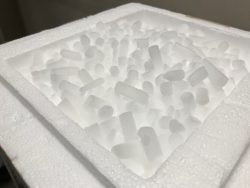 This will seriously challenge cold chain logistics required for distribution and delivery to end users. Fundamentally once the vaccine has departed Pfizer’s manufacturing plants in the US and Belgium the fun and games begin as the m RNA vaccine cannot be thawed or frozen more than four times before its viability expires. Once thawed and put in a fridge at 2-8°C, Pfizer says it will be stable for five days, or no more than 2 hours at room temperature.

The Distribution of the Vaccines will depend on Dry Ice

Key to all this is dry ice which is required for maintaining the temperatures in transit. Herein lies part of the problem as dry ice is a perishable product. As soon as their mRNA vaccine is manufactured it begins to sublime and revert to its gaseous state (or CO2). Dry ice is essentially generated and manufactured by liquidising CO2 and then compressing it into dry ice.

The tricky bit is that the less of it there is, the less time it remains in a solid state, so 3kg of the stuff may last a few hours while 300kg can last 6 days assuming that there are no other variables in play.

Fortuitously at this point in the UK we do not appear to have a shortage of dry ice because liquid CO2 stocks are high although we are largely dependent on importing it from mainland Europe. Stocks are high because the decimated airline industry uses large quantities of dry ice for in-flight catering, especially on long haul flights. It is used mainly in food trolleys and stores, to keep the foods chilled or frozen until ready for use.

A Boeing 777 for example will carry a maximum of 1,088kg of dry ice in refrigerated or insulated containers. Sadly 2020 has not been a good year for airlines. The International Air Transport Association (IATA) reported in July 2020 passenger demand had fallen 94.3% compared with April 2019 and that passenger revenues could fall by $419 billion. Bear in mind these were estimates before the second wave! 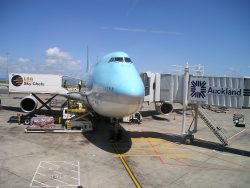 How Dry ice is Manufactured

Most liquid CO2 these days is increasingly derived as a co-product of ethanol production, especially in the US, although it is also extracted and recovered from industrial plants that produce hydrogen and ammonia from natural coal and gas. Ethanol is an industrial solvent and an important additive to petrol. It is what is known as a ‘grain alcohol’ and manufactured from fermenting sources of starch such as corn, wheat, grain, barley and potatoes or sugar cane.

In 2019 the US were the biggest manufacturer of ethanol by some considerable margin as they produced 15.8 billion gallons of ethanol, with Brazil being the second largest producer manufacturing 8.6 billion gallons and the EU third at 1.44. However, stocks of ethanol in the US are at an all-time low because fewer people are driving their cars and using fuel due to COVID-19 related restrictions. 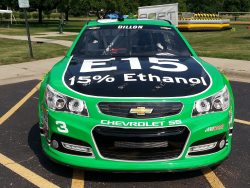 Pfizer will soon begin manufacturing dry ice at its plant in Germany and it is predicted that this will affect stocks of liquid CO2 across the EU. The EU manufacturing capacity for dry ice is limited and demands are only set to increase as distribution of the BNT162b2 vaccine to end users will stimulate further increased demand. Also, in terms of the future there are other mRNA vaccines being developed which may also hopefully succeed in Phase 3 trials. Despite a drop in ethanol production in the US, reassuringly a statement made from the country’s Compressed Gas Association (CGA) on November 9th, whose members produce the majority of CO2, said that production can match the demand of vaccine manufacturers.

How will Pfizer Organize Distribution of Their mRNA Vaccine?

To help offset some of these issues Pfizer has stated that it will be manufacturing the mRNA vaccine at multiple sites across the world to shorten the distance to major population centers. Furthermore, Pfizer also mentioned that it would distribute its vaccine independently and develop its own dedicated temperature-controlled shipments to transport the vaccine at the correct temperature. Vials of the vaccine will apparently be put into specially designed packaging about the size of an aircraft carry-on suitcase, weighing around 32 kilograms. Dry ice will be used inside to keep temperatures at -75°C for up to a 10-day period.

Each suitcase sized container will be filled with dry ice and 975 vials of the mRNA vaccine which each contain five doses, giving a total of 4,875 doses. Pfizer expects to use FedEx, UPS or DHL, who will either deliver them across the United States in one to two days or across the globe in three. The company expects an average of 20 daily cargo flights worldwide. 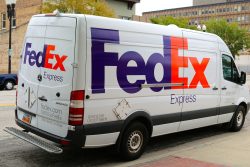 FedEx for example have had to obtain special permission from civil aviation authorities to transport so much dry ice. This is because if dry ice sublimes into CO2 and then leaks into the atmosphere on board it poses a serious threat. CO2 levels are naturally 0.04% but if this increases to even 1%, drowsiness can occur which is bad news for crew and particularly the pilots. At 5% CO2 is lethal which is why dry ice is labelled as a hazardous material!

Once the boxes have reached their destination, they can be opened only briefly just two times a day which is why they are more appropriate for large vaccination centres. GPs offices and pharmacies which would require frequent access to the containers would not be practical. The mRNA vaccines can remain in their boxes for two weeks meaning hospitals will not need a special freezer. Deliveries will either be driven directly or flown to major hubs for onward distribution. For the UK, that could mean HGVs and vans via Dover.

The UK has commissioned a multi-disciplinary group called DELVE (Data Evaluation and Learning for Viral Epidemics) convened by the Royal Society, to help manage the pandemic. DELVE has published a report that contains information on supply chain and distribution logistics regarding COVID-19 vaccines. According to this report the IATA (International Air Transport Association) recently reported that 8000 Boeing 747 cargo loads would be required to distribute a single dose of a COVID-19 vaccine to 7.8 billion people. That is a lot of flights!

The report also specifically mentions that frozen mRNA vaccines would be more difficult to transport because it compromises carrying capacity. It also highlights the uncertainty around the thermostability of vaccines, especially the newer vaccine types such as the messenger RNA vaccines like BNT162b2. The distribution of vaccines at very low temperatures, it mentions, is extremely challenging or even impossible in low- and middle-income countries with hot and/or humid weather conditions where road and/or electricity infrastructure is lacking.

As far as we are concerned let us hope that the much-anticipated BREXIT queues do not interfere with the process. Michael Head who is a senior Research Fellow in Global Health at Southampton University comments: ‘Vaccines are quite tricky beasts to transport. The easy bit will be when the vaccine is on a lorry, but it will become harder to keep the vaccine cold enough at transitions, such as when it is moved into or out of freezers at distribution centres’.

One way round the whole dilemma is a process called lyophilisation which turns the vaccine into a powdered form and Pfizer says it is considering this approach. Let us not also forget that other vaccines may also soon be available. Some countries may simply opt for alternative vaccines that do not require ultra-cold temperature control. Even if the Pfizer vaccine is 90 per cent effective, we may see other countries choosing other vaccine candidates that are less effective, simply because the logistics will be much easier.