It has been some time since I have written an article about nutrition. Nutrition of course has recently been a relevant subject as overconsumption and obesity have been a predisposing factor for health outcomes in connection with COVID-19. Over one third of the global adult population – 1.9 billion people – are now overweight or obese.

This remarkable figure is estimated to rise to 60% of all males and 50% of all females by 2050. Even ‘Larry’ the cat who has overseen the Ministry of Mousing at Downing Street for the past few years has been diagnosed by his local vet as being overweight. During Lockdown he has apparently put on weight as MPs have fed him too many ‘Dreamies’ cat treats. 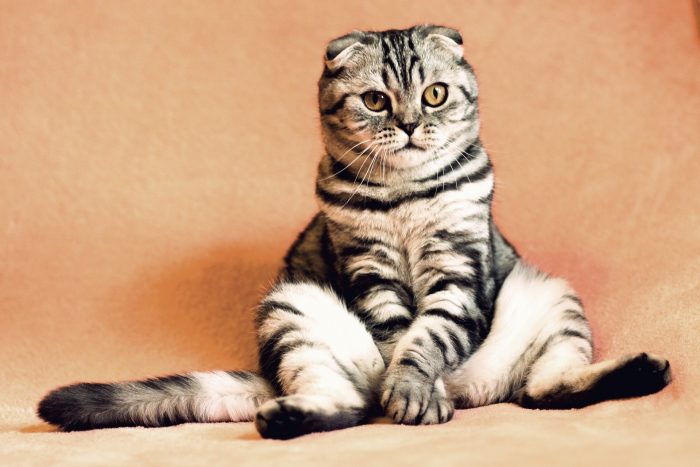 Food overconsumption also unfortunately lies at the heart of the matter when it comes to climate change. Our food accounts for over 26% of global greenhouse emissions. Half the world’s habitable land is given over to food production and 70% of freshwater withdrawals are utilised for agriculture. 94% of the world’s biomass is livestock which means that they outnumber wild animals 15 to 1.

Even livestock contribute to global warming. Cows produce large amounts of methane as they ruminate. The average ruminant produces 250-500 litres of methane a day. Globally, livestock are responsible for the methane equivalent of 3.1 gigatonnes of carbon dioxide into the atmosphere annually (a gigatonne is 1,000,000,000 tonnes by the way!). There are even various studies that have looked at attenuating this effect. 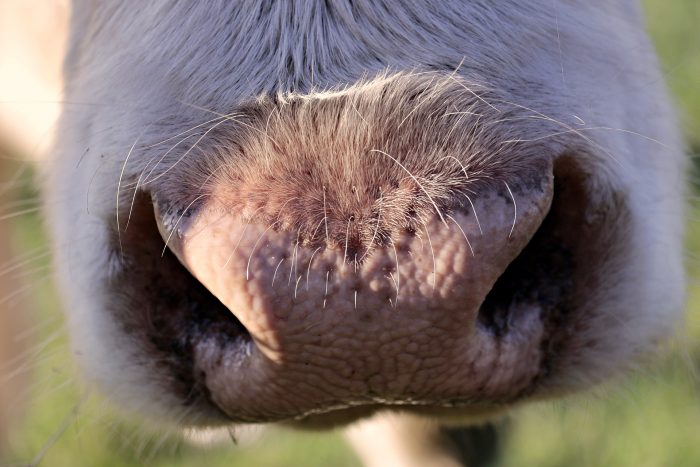 The University of California has undertaken research to reduce methane emissions from ruminants. California is the largest milk production state in the U.S. Remarkably their study discovered that if a small amount of seaweed (80 grams per cow) was added to their diet emissions reduced by 82%. Unfortunately, the type of seaweed (Asparagopsis taxiformis) involved in the study is comparatively rare although studies are underway to examine if it can be farmed.

Globally We Overconsume  or Waste Huge Quantities of Food

Beyond the fact that we overconsume, one of the more remarkable statistics about the food that we grow is that roughly a third of it is thrown away or wasted. This amounts globally to about 923 million tonnes per year (according to data by the UN Environment Programme). This would fill 23 million 40-tonne trucks, enough to circle the Earth seven times, bumper-to-bumper.

The implications are far wider than just the wasted food, as the resources used to grow it are essentially purposeless. Even worse is the fact that the greenhouse gas emissions generated are also pointless. Strangely lockdown restrictions have appeared to have a surprising effect on food waste. Planning, careful storage and batch-cooking during the lockdown reduced people’s reported levels of food waste by 22% in the UK compared with 2019.

Food is lost or wasted throughout the supply chain, from initial agricultural production down to final household consumption. In medium- and high-income countries food is typically wasted at the consumption stage, meaning that it is discarded even if it is still suitable for human consumption.

In low-income countries food is lost mostly during the early and middle stages of the food supply chain; much less food is wasted at the consumer level. Estimates suggest that food waste per head by consumers in Europe and North America amount to 95-115 kg/year. Contrast this to sub-Saharan Africa and South/Southeast Asia where it is only 6-11 kg/year. Big difference.

Clearly our food choices and reducing waste are both important. Shifting to a healthy diet contributes to reducing health and climate-change costs. However, interestingly not all healthy diets are sustainable and not all diets designed for sustainability are always healthy. To increase the affordability of healthy diets, the cost of nutritious foods must come down. 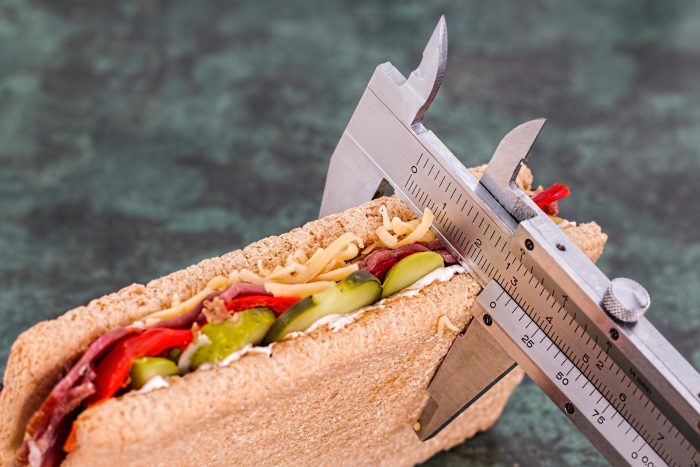 In developed countries like the UK limited house food budgets are often a root cause of overconsumption and lack of a healthy diet, with many of these household then basing their diets on cheaper energy-dense convenience foods. Sadly, the same is also true of the developing world, with economic growth prompting a transition towards high-calorie and processed foods.

Assuming fruit and vegetables were abundant and price-accessible how much should we eat each day in order to incorporate into a healthy diet? Should it be the classic five portions? Another piece of research in 2014 suggested that seven portions was the magic number and was linked to a 42% reduction in deaths from any given cause. Another study from Imperial College London in 2017 even suggested that maximum protection from heart disease and cancer was afforded by eating ten portions a day! The latest piece of research regarding this matter is by the American Heart Association. This has just published a study on March 1st in their flagship journal ‘Circulation’.

This huge study demonstrated data from nearly 2 million people worldwide. It proved that eating about five daily servings of fruits and vegetables, in which 2 are fruits and 3 are vegetables, appears to be the optimal required for a longer life and healthy diet. In the U.S. only about one in ten adults eat enough fruits or vegetables, according to the U.S. Centres for Disease Control and Prevention.

The data for the study was drawn from the Nurses’ Health Study and the Health Professionals Follow-Up Study.  These studies are amazing as they have been running for over 40 years and they all focus on health care professionals which hopefully makes the data more reliable. 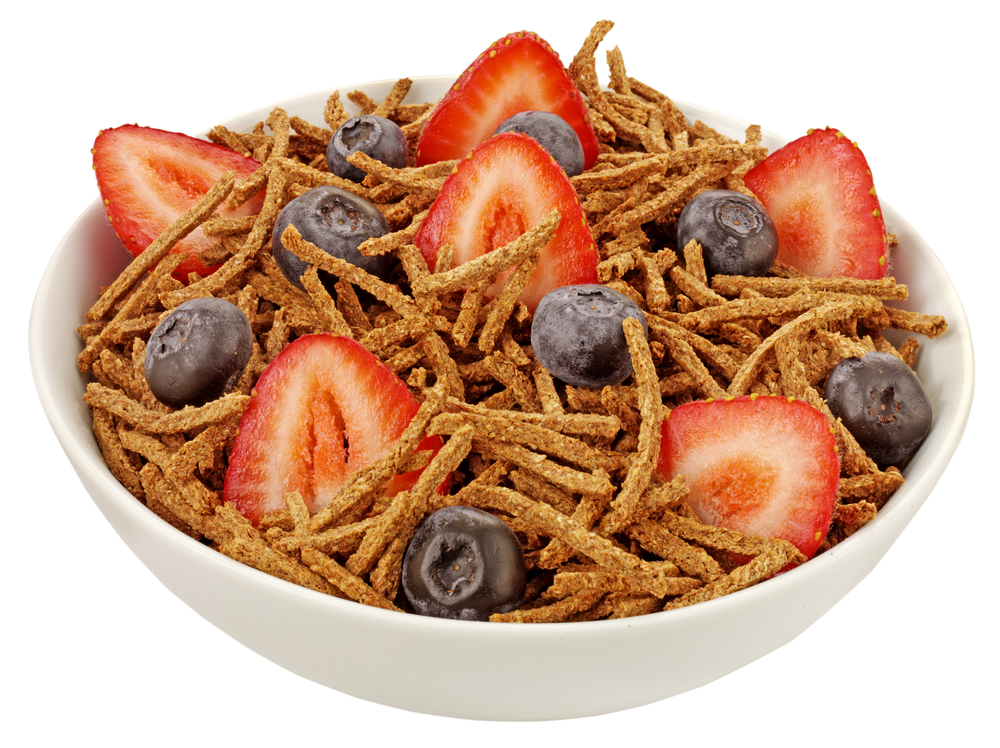 The Data Behind This New Five a Day study

The Nurses’ Health Study began in the U.S. in 1976, when 121,700 female nurses aged 30-55 years provided information on their medical history, lifestyle, and other health related variables such as a healthy diet. The Health Professions Follow-up Study meanwhile was established in 1986, when 51,529 male US health professionals (dentists, optometrists, osteopaths, podiatrists, pharmacists, and veterinarians) aged 40-75 years also completed a mailed questionnaire about their medical history and lifestyle. For both studies, self-administered questionnaires were sent every two years to update the information and identify newly diagnosed cases of illness and disease.

What was great about both these datasets is that they included detailed dietary information. The study also pooled data on fruit and vegetable intake (and mortality rate) from 26 other studies which yielded remarkably similar data to the Nurses’ Health Study and the Health Professionals Follow-Up Study. In total the data from all studies covered about 1.9 million people from 29 countries including diverse cultures all over the world ranging from North and South America, Europe, Asia, Africa and Australia. So, what did it prove?

Anne Thorndike, chairman of the American Heart Association’s nutrition committee and an associate professor of medicine at Harvard Medical School in Boston commented on the study outcomes. ‘The American Heart Association recommends filling at least half your plate with fruits and vegetables at each meal. This research provides strong evidence for the lifelong benefits of eating fruits and vegetables and suggests a goal amount to consume daily for ideal health. Fruits and vegetables are naturally packaged sources of nutrients that can be included in most meals and snacks, and they are essential for keeping our hearts and bodies healthy.’