COVID-19 has taught us a thing or two about the link between human health and the health of the planet. Prince Charles has always perhaps divided opinion, but his initiative called ‘Terra Carta’ which encourages organisations to invest in the health of the planet, has its heart in the right place. Prince Charles said in his speech last week “I am making an urgent appeal to leaders, from all sectors and from around the world, to give their support to this Terra Carta, to bring prosperity into harmony with nature, people and planet over the coming decade.” 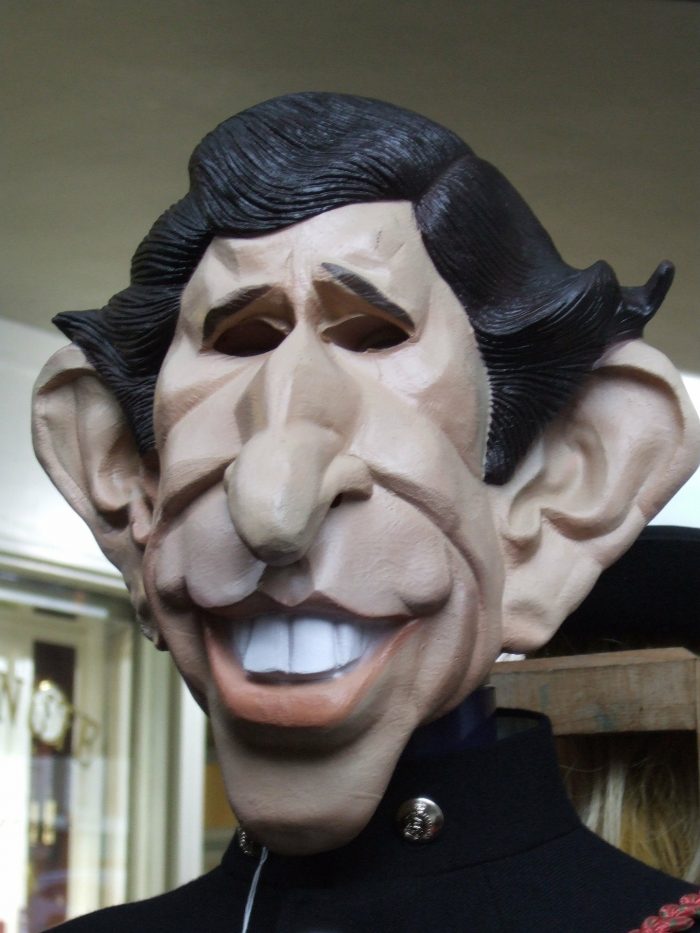 He launched his scheme just before the ‘One Planet Summit’ that is taking place in Paris. This summit is a genuine cause for optimism with various other schemes being launched such as the ‘High Ambition Coalition for Nature and People’ which aims to commit to work for the protection of 30% of terrestrial and marine species by 2030.

There is also the new ‘Coalition for an Exemplary Mediterranean’ which aims to develop a network of protected areas, end overfishing, end single use plastic and make maritime shipping more environmentally friendly.

There are Other Threats to Humanity (Apart form COVID-19)

COVID-19 has stimulated our surveillance of any other possible future threats to our well-being. In a post COVID-19 world antibiotics resistance could be the next biggest threat to humanity. It has been very encouraging to hear that the University of Oxford has received a £100 million donation to create a world leading institute to combat what is known as the ‘silent pandemic’ of antibiotics resistance.

Some of the statistics regarding antimicrobial resistance (AMR) are almost as overwhelming as listening to the current government broadcast on COVID-19 infections levels and mortality rates. AMR currently causes an estimated 1.5 million excess deaths each year and could cause over 10 million deaths per year by 2050. 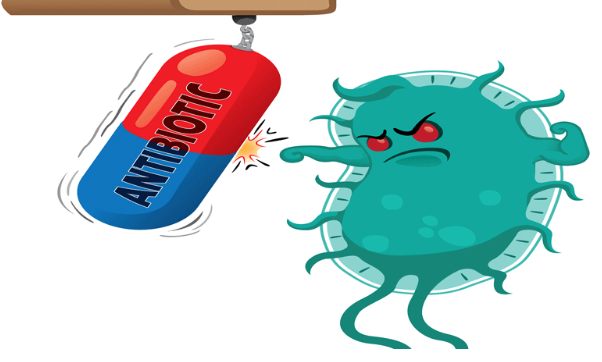 Last year I wrote about the discovery of a new class of antibiotic that had been discovered called Halicin which proved to be effective against two of the six so-called ESKAPE pathogenic bacteria. ESKAPE is of course an acronym for Enterococcus faecium, Staphylococcus aureus, Klebsiella pneumoniae, Acinetobacter baumannii, Pseudomonas aeruginosa, and Enterobacter species.

These six species of bacteria are associated with significant higher morbidity and mortality, as well as a high economic burden in healthcare settings.  They are essentially hospital acquired infections that are often more deadly than any original presenting complaint. Some strains of Enterobacter species for instance are resistant to carbapenems, a group of antibiotics that are considered the last resort for infections.

As we wage war against viruses and bacteria there is also a third organism which is  emerging. Fungi are more complex than viruses and bacteria because they are eukaryotes which means they have cells with a clearly defined nucleus (just like we do). Scientific research now strongly suggests that fungi are developing genetic mutations that give them resistance to our key anti-fungal medications. 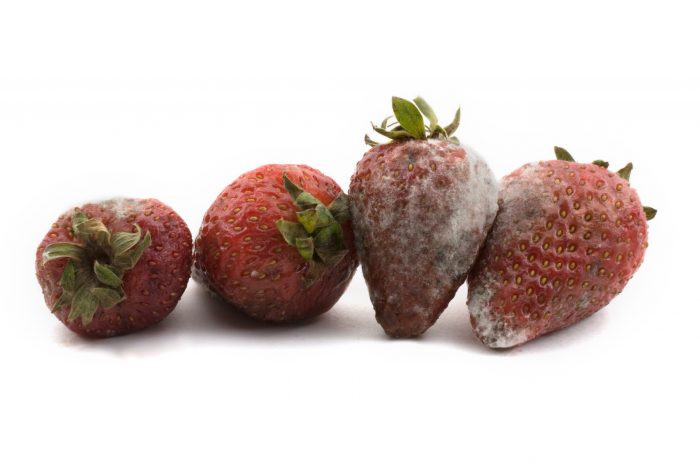 The Emerging Threat of Fungi

Just like ESKAPE pathogenic bacteria that prey on patients that are immunosuppressed in healthcare settings, some species of fungi such as Candida auris are proving equally  deadly. COVID-19 patients in critical care for instance would be extremely vulnerable.

In general, there are two main types of fungi. The first is environmental, such as a mould that often lives in soil, and these do not generally cause infection in most healthy people.  There are also fungi that are commensals that live inside us; these can even have a beneficial role in our health.

Some environmental fungi generate spores that can enter our body through the lungs or on the skin, but these can be damaging if we have a weakened immune system. A typical mould that falls into this category is Aspergillus fumigatus which is extremely common in rotting organic matter. It would not be unusual for most of us to breathe in spores from this fungus and be completely unaffected.

We have lived with this fungus for millions of years and our immune systems have evolved to protect us. However, for those of us who have a chronic underlying health condition ‘aspergilliosis’ can develop which causes serious complications. There are approximately 250,000 recorded cases worldwide each year. Concerningly recent research has demonstrated genetic mutation in some Aspergillus fumigatus samples allowing it to exhibit antifungal resistance.

The Emergence of Candida Auris

One fungus that is of particular concern is Candida auris. It has recently shown alarming levels of resistance to most anti-fungal medications and since its emergence it has demonstrated three different mechanisms of resistance to the same drug, which is unheard of. Since its very recent discovery in 2009 in Japan it has emerged as a serious potential threat .

Candida auris  is named because it was discovered in the ear of a hospital patient in Japan in 2009. Candida auris has since emerged on every continent except Antarctica, infecting hundreds of vulnerable patients in dozens of healthcare settings across more than 30 countries.

The first outbreak in the UK was in April 2015 at the Royal Brompton Hospital in London and involved 50 patients, 22 identified with infection and 9 with candidiasis. The outbreak proved difficult to control, despite enhanced infection control interventions. It has since been proven that infection was passed on from patient to patient through an infected ear thermometer.

Environmental sampling showed persistent presence of the fungus around bed space areas implying that despite stringent measures it was difficult to eliminate. Despite disinfection protocols it can remain on surfaces for up to 28 days.

Currently it is not known why this fungus, which clearly already had an ecological niche, has suddenly become a menacing threat. Research has shown that it has four genetically different forms from Japan, India and Pakistan, South Africa and Venezuela. It is not understood why it has emerged as a threat in such a very narrow  window.

There is some speculation that various fungi may have recently emerged to thrive in warmer conditions (such as the human body) because of global warming. There are also some people who suspect that the widespread use of triazole-based fungicides may have promoted resistance either in a clinical setting or in agriculture. Certainly, in terms of agriculture, there is some good evidence to suggest that this may be the case for the fungus Aspergillus fumigatus.

The Anti-Fungal Resistance of Aspergillus fumigatus

Resistance to the anti-fungal drug triazole first emerged in the Netherlands. This was reported in the ‘Journal of Clinical Infectious Diseases’ in May 2017 in a piece entitled ‘Deadly flower power? Imported tulip bulbs spread anti-fungal resistance.’ It has been suggested that this is linked to the extensive use of triazole fungicides, which are used in floriculture to promote healthy plant growth in tulips. 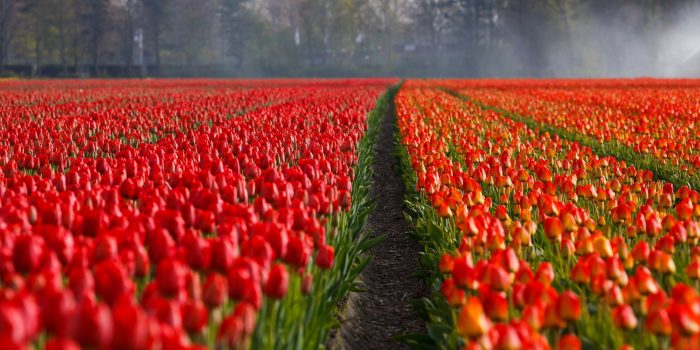 The tulip industry as most of us know is a big business in the Netherlands, with the country exporting close to 2.5 billion bulbs per year. Exporting bulbs  may also serve as a means of disseminating anti-fungal resistant mould spores from species such as Aspergillus fumigatus which have evolved genetically to become resistant.

Unfortunately, triazole antifungals are also the go-to drugs for medical practitioners charged with treating infections caused by Aspergillus fumigatus. As with other cases of microbial resistance, extensive and frequent exposure to specific drugs can inadvertently aid the development of wide-scale resistance whether in a clinical or an environmental setting. Any specific genetic mutation that promotes survival is likely to be passed on to future generations.

Because fungi are eukaryotes, meaning they have cells that have a clearly defined nucleus just like we do, what is toxic for them is likely to be toxic for us and this has been an obstacle for drug development. However, scientists are on the hunt for new anti-fungals that work in different ways. The unlikely named ibrexafungerp is currently undergoing Phase 2 and 3 trials for the treatment of drug resistant Candida and Aspergillus species.

In a study published last August in the open access online journal ‘Antibiotics’ two patients suffering from invasive candidiasis caused by Candida auris  made a complete recovery when administered with ibrexafungerp. The drug was also well tolerated and as such holds a great deal of promise. Another new anti-fungal called rezafungin is also undergoing trials and this interferes with cell wall development in fungi. This shows a great deal of promise in the treatment of both Candida and Aspergillus species. It has also been suggested that any new drugs be used exclusively for the treatment of human disease rather than as agricultural fungicides.