Twenty years ago, the original Xbox (a gaming console) was launched in November 2001. To commemorate this event Microsoft has already started launching special merchandise. My 13-year-old son can hardly contain himself.

It is wrong to blame gaming specifically for increasingly sedentary lifestyles (although it certainly has not helped). There is a long list of contributory factors not least of which is the increasing tendency to live our lives through our smart phones. Whatever the reason, we are doing less and less. According to research published in 2016 if you are a millennial, you are weaker than your dad! 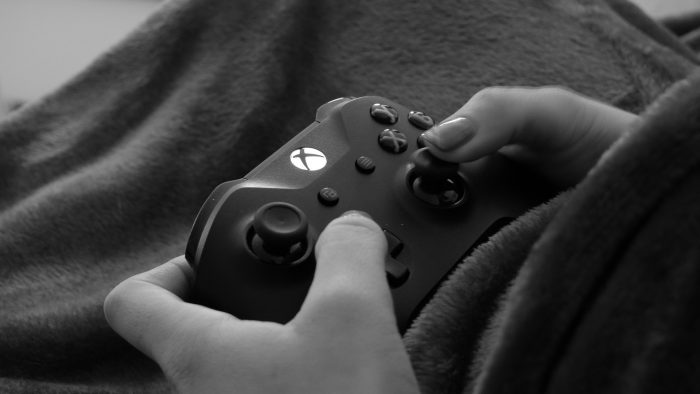 This study measured maximum grip strength, which is an indicator for overall body strength. This proved that millennials are weaker than the previous generation. Even more surprising is that another study performed in 2019 found that 10-year-olds in England were 20 per cent weaker and had 30 per cent less muscle endurance compared with children of the same age measured in 1998. But sedentary lifestyles impact on our physical abilities and health in other ways. It is difficult to ignore the connection between our growing waistlines and diabetes.

The obvious time to write a piece on diabetes ostensibly would have been Diabetes Week 2021 (week commencing June 14th). However, I have decided to bring this forward with good reason. Very few of us have heard of Helen Murray-Free, yet we owe her a debt of gratitude particularly when it comes to medical innovation in the management of diabetes. She sadly died on May 1st, 2021. Born on February 20th 1923, she was a pioneering chemist and a trailblazer for women in science.

This was in a time when science was a very male-orientated profession. Her life’s work was recognised when she was inducted into the National Women’s Hall of Fame in 2011 in the U.S. She served as the president of both the American Association for Clinical Chemistry and the American Chemical Society. Her research (undertaken with her husband Alfred) revolutionised diagnostic home testing both in the laboratory and at home. If you have diabetes, the chances are that you will be using the same or similar diagnostic tests today.

Her lifetime’s work has never been more relevant as there has been a staggering increase in the incidence of diabetes in the last forty years.  This makes for grim reading. In fact, according to the World Health Organization (WHO) the number of people with diabetes rose from 108 million in 1980 to 422 million in 2014. In 2019, diabetes was the direct cause of 1.5 million deaths and to make matters even worse this figure is probably much higher if you add cardiovascular and chronic kidney disease where diabetes is common co-morbidity. According to Diabetes UK by 2030 it is predicted than up to 5.5 million people in the UK will have diabetes. 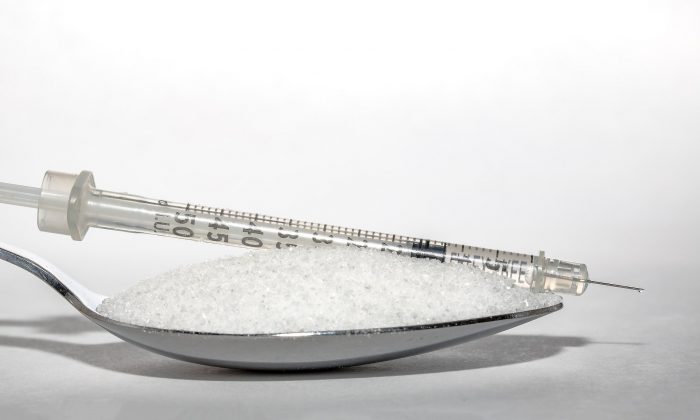 Roughly 90% of these people will have Type 2 diabetes, and 8% Type 1. About 2% of people have rarer types that are associated with other syndromes. Type 2 diabetes is also known as diabetes mellitus (DM) and this basically comprises a group of common metabolic disorders that cause high levels of blood glucose (or hyperglycaemia) through lack of insulin.

Sadly, the most common reason for DM is lack of exercise and obesity. When excess sugar circulates in the body our cells then become less sensitive to the actions of insulin and absorb less energy (this is called insulin resistance). Gaining weight leads to insulin resistance.

Clinical studies have demonstrated that losing as little as 5% of our weight is sufficient to prevent the development of Type 2 diabetes (I will expand on this point later). Type 1 diabetes (or juvenile diabetes or insulin-dependent diabetes) is a condition in which the pancreas produces little or no insulin. Insulin of course is a hormone required to allow sugar (glucose) to enter cells to produce energy.

As a specific condition diabetes generates medical costs that are two to five times more than those of a person without diabetes, and the WHO calculates that up to 15% of annual global health budgets are invested in diabetes-related illnesses. That is a lot of money! Overall diabetes is the fourth leading cause of death in most developed countries and is certain to be one of the most challenging health problems this century. 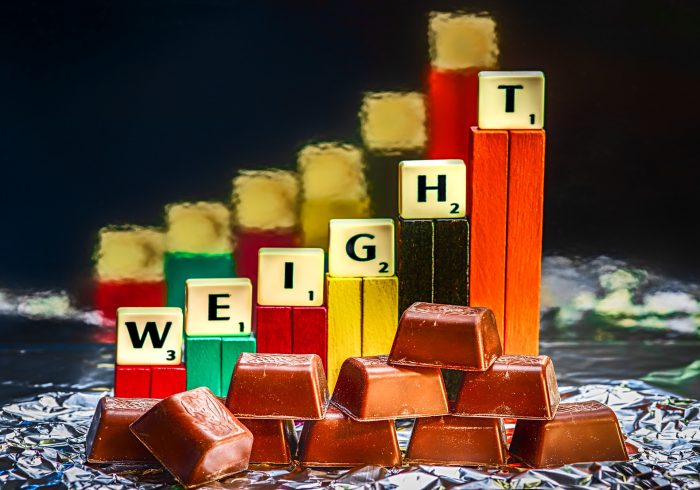 In developed higher income countries people with diabetes are generally above the age of retirement. In developing lower- and middle-income countries those most affected are those who are in the most productive years of their lives, aged between 35 and 64. For such countries, economic development results in changes in diet and physical activity within one or two generations. Helen Murray-Free’s work has never been more relevant.

Her work culminated in the development of Clinistix which was the first ever dip-and-read diagnostic test strip for monitoring blood glucose. This was invented in 1956 and was given the US Patent No. 2,912,309. It might sound trivial, but this simple test paved the way for home testing kits. It meant that a visit to the doctor’s was no longer required and results were instant. Clinistix used a simple diagnostic reagent strip that was impregnated with an enzyme called glucose oxidase.

The glucose oxidase enzyme promoted a reaction that resulted in the production of hydrogen peroxide from glucose, and this changed the colour of a dye in the paper. Simple. The colour change can be compared with a reference chart to estimate the concentration of glucose in the urine. This same basic principle is also used for the blood glucose meter which is a vital piece of equipment for all diabetics.

Each year 7 million people globally develop diabetes and the most significant increases are seen in populations who experience rapid and major changes in lifestyle. This neatly demonstrates why lifestyle factors are so significant and, as a non-communicable disease, how easily reversible it could be.  A person with Type 2 diabetes is unfortunately at least twice or even four times as likely to suffer from cardiovascular disease.

Cardiovascular disease is responsible for between 50- 80% of deaths in people with diabetes. Diabetes is also accompanied by diabetic neuropathy as high blood glucose damages nerves in the body. Diabetic retinopathy also occurs because high blood glucose damages the blood vessels at the back of the eye. For the same reason blood vessels in the kidney are damaged which can ultimately cause kidney failure. It is the most common cause of non-traumatic amputation of the lower limb or foot, again because of damage to blood vessels.

So, what to do? A promising area of research in Type 2 diabetes is weight management as I suggested earlier. Investigations have demonstrated that it is possible to reverse the course of the disease although it may not work for everyone. It is possible that Type 2 diabetes can be reversed to the point where people have normal blood glucose levels without taking any diabetes medication. One such study was published in the Lancet medical journal in 2017. The trial was called DiRECT (or Diabetes Remission Clinical Trial), and this tested the efficacy of a low-calorie diet on 306 participants between July 2014 and August 2017. At 12 months into the trial the study recorded a weight loss of 15kg or more in 24% of the participants.

Overall, in year one of the trial 46% of participants achieved diabetes remission although this varied according to the weight loss that was achieved. The second-year results showed, again, that remission was directly linked to weight loss. Two thirds (64%) of those who lost more than 10kg were in remission after this two-year time frame.

Overall results showed the direct unambiguous connection between remission and weight loss. 19 (34%) of 56 participants achieved remission with 5–10 kg loss, 16 (57%) of 28 participants with 10–15 kg loss, and 31 (86%) of 36 participants who lost 15 kg or more. These results are impressive. Investigations on some of the participants also proved that after eight weeks they had reduced the amount of fat in their liver and pancreas.

This helped them produce insulin again and put their Type 2 diabetes into remission. Currently there are even books in the mainstream media that offer appropriate diets for Type 2 diabetes. Examples are ‘The Hairy Bikers Eat to Beat Type 2 Diabetes: 80 delicious & filling recipes to get your health back on track’. If you fancy something a little more academic there is ‘Your Simple Guide to Reversing Type 2 Diabetes’ by Professor Roy Taylor.

There are even recent studies that are investigating how to influence or regenerate the insulin producing cells (or beta cells) in the pancreas. Evidence suggests that we could be born with a finite number of beta cells. Some of us may develop more beta cells than others so there is a suggestion than an unlucky few of us, in some instances, may simply run out of healthy cells. Researchers are exploring ways to keep beta cells healthy, to stop Type 2 diabetes from progressing.

Some studies in mice using state-of-the-art imaging technology have begun to look at how beta cells work together in the pancreas. In mice, it has been found that the pancreas starts working properly again when a small group of beta cells (called hubs) are switched on. This opens possibilities of kick-starting these hubs to help people make the right amount of insulin.

Research, published April 4th, 2021 in the online edition of the journal Nature, is the first to show other cells in the pancreas (called alpha cells) can transform themselves in beta cells. The researchers labelled alpha cells with a fluorescent protein so they could track those cells. When beta cells were destroyed in mice these alpha cells spontaneously changed into beta cells allowing the mice to regain control of glucose levels (no mice were hurt!).

After enough alpha cells converted into beta cells, insulin therapy was no longer needed. This change can happen naturally and spontaneously, the study authors said, although whether this effect can occur in us remains to be seen. The stumbling block for this principle however is that for Type 1 diabetes it is the immune system that attacks beta cells in the first place, and this goes on indefinitely which is why people who have had transplants of insulin-producing cells eventually must go back on insulin. Whether this can be overcome remains to be seen.

It is also becoming increasingly clear that beta cells in the pancreas can become stressed and stop working properly. Eventually, they become exhausted, and people need to start taking insulin therapy to replace their work. One body of work funded by Diabetes UK has discovered that a molecule called ‘sorcin’ plays an important role in keeping beta cells working well. In their laboratory experiments, they found that beta cells with more sorcin were protected from stress, while beta cells without enough sorcin stopped functioning properly. It is possible that sorcin could be the key to new drugs that can control blood glucose levels and keep beta cells healthy.