The coronavirus (COVID-19) pandemic is still besieging us with its relentless worldwide march. As always to lighten the mood I will begin by injecting some humour. There are so many bad coronavirus jokes out there, it’s a pundemic! What is the difference between COVID-19 and Romeo and Juliet? One is the coronavirus and the other is a Verona crisis. They can get worse than that! There are grocery stores in France that look like tornadoes have hit them. All that is left is de brie! 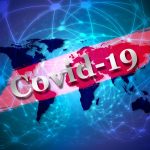 It is easy to turn a blind eye to what is going on worldwide as we emerge from lockdown in the UK, as social distancing measures are relaxed, and the economy awakens. We are all however still nervous with the possibility of local lockdowns being reintroduced. We only need to glance across the Atlantic for the purposes of comparison.  After a minor late-spring lull in infections, the number of confirmed coronavirus cases in the United States is  dramatically on the rise. States like Arizona, Florida and Texas are seeing some of their highest numbers to date, and as summer approaches, their second wave shows few signs of stopping.

As the COVID-19 pandemic reaches its peak on other continents such as Africa  one must seriously question Donald Trump’s ridiculous decision to withdraw from the World Health Organisation (WHO). Given that we have faced one of the most serious recent global health issues in the last six months, and there is another six months to come, surely this is a time for unity and why wouldn’t the American people want to be part of a global response.

The Importance of Vitamin K

A few weeks ago, I wrote about just how complex a disease COVID-19 is. I highlighted the effect it has on blood clotting factors such as fibrinogen, prothrombin and another key blood protein called D-dimer. This is well recognised in various studies that have recently been published. These articles regularly exchange newly coined terms such as COVID-19–associated coagulopathy (CAC) and disseminated intravascular coagulopathy (DIC).

An interesting new study in Holland has revealed that poorer outcomes with COVID-19 may be partly associated with low vitamin K status. This research has caused quite a bit of debate in the scientific community as vitamin K has long been associated with promoting blood clotting. However, while this is true, vitamin K is much more than this. I have also previously written about both vitamin D and vitamin C in association with COVID-19. 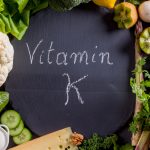 Vitamin K is a very necessary participant in synthesis of several proteins that mediate both coagulation and anticoagulation. Vitamin K was first discovered by a Danish biochemist called Henrik Dam purely by accident. His research was primarily focused on the cholesterol metabolism of chickens and nothing to do with vitamin K whatsoever! Coincidentally he observed that chickens fed with a low cholesterol/ low-fat diet happened to develop blood clots. Somewhat of an unexpected outcome.

Serendipitously it transpired that the chemical process that was used to remove the cholesterol also removed the vitamin K. When  vitamin K was added back in the diet the chickens were all fine and dandy. His findings at the time were published in a German scientific journal.

He described his newly found compound as ‘koagulationsvitamin’ and it became known in English as vitamin K. Henrik Dam was awarded the Noble Prize for Medicine and Physiology in 1943 after his work progressed to detail the physiological role and exact structure of vitamin K. 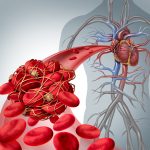 Vitamin K actually comprises  two different compounds. These are vitamin K1 (also known as phylloquinone), and vitamin K2 (or menaquinone). The former compound K1 is our main source of vitamin K. Like all vitamins we acquire  K1 through our diet. The good news is that it is abundant in most diets. It is prevalent in leafy green vegetables such as spinach and brassicas,  cooking oils, meat, eggs, and cereals.

Unlike many vitamins cooking does not remove significant amounts of vitamin K1. In the meantime, traditionally literature would have us believe that bacteria who colonise the human intestine handily synthesise vitamin K2 for us! K2 is rich in cheeses that have been ripened for extended periods such as  camembert, gouda and edam. 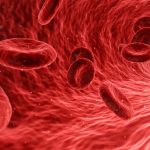 How it Influences Blood Clotting

As we mentioned vitamin K is important for blood coagulation. There are 20 blood clotting factors most of which were discovered in the 1940’s and 50’s. They were given Roman numerals as a form of nomenclature in 1954. It was not until 1964 that two independent research teams were able to discover the exact relationship of all these 20 different factors.

They were able to describe how they contacted one another during a sequential  cascade that eventually formed a blood clot. Vitamin K activates prothrombin (factor II) which in turn activates other blood clotting factors. Prothrombin activates factors I (or fibrinogen), V, VII (VII also activates factors IX and X), VIII and XIII and so and so forth. Without vitamin K these proteins would be biologically inactive. 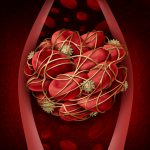 How it Influences Anti-Coagulation

Vitamin K is equally important in the anti-coagulation system too and it has a key role in preventing blood clots. It is worth remembering that our blood is primarily in an ‘anti-coagulant state’ and without vitamin K this would not be possible. There are anti coagulation proteins which all depend on vitamin K so they can  be both functional and active.  These proteins, all discovered relatively recently, are simply known as Protein C, Protein S, and Protein Z.

When  Protein C is activated it promotes a chain of events called the Protein C pathway.  This serves as a key system for controlling thrombosis or blood clots. Protein S  was discovered in the 1970s and it was randomly named after the city of its discovery (Seattle).  Protein S is a cofactor to Protein C.  The action of Protein C is enhanced when it is bound to Protein S. Protein Z meanwhile dramatically inhibits blood clotting by powerfully accelerating the degradation of a key blood clotting factor by a 1000-fold when it is activated. If there is insufficient vitamin K available, the anti-coagulant proteins are less active, leading to an increased risk of clots.

The research in Holland that we mentioned earlier determined that the role of vitamin K in COVID-19 was more likely to be linked to another physiological function. Vitamin K is also an essential cofactor in the activation of various other proteins unrelated to blood clotting . One of these is a protein known that goes by the complex sounding title of ‘Matrix Gla Protein’ (MGP).

This protein acts as an inhibitor of vascular mineralisation or in other words it is an anti-calcifying protein. This happens when an inorganic substance (such as calcium) gathers in an organic matrix in our body tissue (hence the term matrix in MGP). The ‘Gla’ is an abbreviation of  ‘gammacarboxyglutamate’ which certainly does not easily trip of the tongue.

Calcification of arteries (e.g. as in coronary artery disease) for example begins in elastin fibres in our arterial walls. MGP is a vitamin K-dependent protein and one of the few potent inhibitors of elastin deterioration. It has been demonstrated in some studies that if vitamin K is withdrawn  from a diet that arterial calcification can be promoted in animal models.

What the New Study from Holland Discovered

Elastin is also an important building material in our lung tissue so what is true for elastin in our arterial walls is also most likely true elsewhere. In chronic lung disease (such as chronic obstructive pulmonary disease or COPD) elastin in lung tissue has been shown to exhibit accelerated deterioration. Some research suggests that MGP also has protective properties against elastin degradation in lung tissue.

In fact, a study published in June 2019 in the Journal of Clinical Medicine demonstrated just this point. The study found a low vitamin K status in 192 COPD patients who were compared to  aged matched  controls. So back to our study in Holland. MGP was the protein that was central to their research.

They suggested that improved vitamin K status may play an important role in helping our bodies to combat COVID-19. Patients with severe COVID-19 are more likely to have comorbidities such as Type 2 diabetes, hypertension, and cardiovascular diseases (CVD).

These conditions are also associated with reduced vitamin K status. Leon Schurgers, a Professor at the Cardiovascular Research Institute Maastricht (CARIM), co-author of the study commented; ‘while we do not suggest vitamin K2 is a treatment for COVID-19, this study illustrates that a poor vitamin K status is linked to a poor prognosis. Thus, we are hypothesizing that improving vitamin K2 status is linked to better health outcomes including cardiovascular, and perhaps even lung health.’ 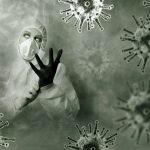 The study looked at patients who were admitted to the Canisius Wilhelmina hospital in the Dutch city of Nijmegen. The research studied 134 patients hospitalised for COVID-19 between 12 March and 11 April, alongside a control group of 184 age-matched patients who were healthy. The study either gave patients  a placebo or A high dose of vitamin K.

Another of the authors  commented: “We wanted to take very sick Covid-19 patients and randomise so that they get a placebo or vitamin K, which is very safe to use in the general population. We wanted to give vitamin K in a significantly high enough dose that we really will activate [the protein MGP] that is so important for protecting the lungs, and check if it is safe.”

The research suggested a possible connection between low levels of vitamin K and the accelerated breakdown of tissue fibres, including elastin, all which are  involved with pulmonary disease. They measured vitamin K status in participants by determining their amount of “inactive” MGP. The inactive form of MGP was extremely high in COVID-19 patients because of low vitamin K status (i.e. there was not enough vitamin K to activate the protein) and they concluded that this led to elastin degradation.

Interestingly they also checked prothrombin levels which we know vitamin K activates and these levels were generally normal . As we mentioned before scientific research  suggested that MGP plays a role in the pathogenesis of lung fibrosis, which may be present in lungs of patients with severe COVID-19.

The researchers warn that more studies are warranted before any real conclusions can be drawn. Adults need approximately 1 microgram (μg) of vitamin K per day for every kilogram of body weight. Most people can meet their requirements through diet, as vitamin K is widely available in the food we eat. For this reason, it is rare for adults in the UK to be deficient.