Probiotics, a functional food supplement, represent a rapidly expanding market sector. Probiotics are potentially beneficial microorganisms that promote both our gut health and well-being. But are you wasting your money? 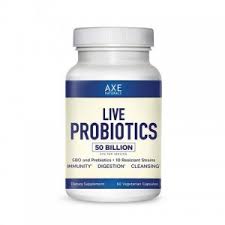 Typically, various strains of microorganisms are combined into various products (capsules or drinks) and this range has become ever more diverse and tailored to suit consumer requirements. There is certainly a growing body of research evidence that the microorganisms in your gut (known as a biome) can influence your health but just how we best exploit this fact remains very unclear. The question is do they work?

Twenty-five years ago, probiotics were certainly a hot topic at Reading University and, in fact, my dissertation revolved around this same research area. From these early day’s probiotics had an estimated worldwide market value 45.64 billion U.S. dollars in 2017, and this is forecasted to reach to about 64.02 billion dollars by 2022.

Functional foods are now big money and the health-conscious among us commonly consume a daily probiotic supplement, but are we wasting our money?

Is the one-size fits Hypothesis assumption for Probiotics?

Part of the controversy revolves around that fact that each of us has a unique biome so if we all take the same probiotic supplement does it stand to reason that ‘one size fits all’. Our digestive tracts are 6.5 meters long and consist basically of the three organs (stomach, small and large intestine) as we all know. There are about 200 species of microorganisms in our mouth, meanwhile, the stomach (at a pH of 2) is virtually sterile as it acts as a ‘gastric barrier’ in order to afford us inherent protection. The colon, on the other hand, contains 100 billion microorganisms per gram (dry weight) and contains organisms belonging to over 30 identified genera and as many as 500 separate species!!

The relative proportions and profiles of all these microorganisms varies dramatically between individuals and even within the same person within the course of their lives. More specifically life events such as how we are borne (normal delivery or ‘C’ section) or illness or antibiotic treatments cause massive chaotic shifts in our biome. Does it, therefore, follow suit the same probiotic supplement will work for each one of us?

Can the Probiotic supplement be beneficial to everyone?

Two interesting studies have recently been published in the ‘Cell’ magazine in September 2018. The first study challenges and questions the benefits of probiotic supplementation as ‘one size fits approach’. The second study suggests that probiotics can even be detrimental to gut health when taken after a course of antibiotics (they are widely used for this purpose). The ‘Cell’ magazine is a well-respected peer-reviewed scientific journal covering a broad range of scientific issues first published in 1974. Both studies were undertaken by the well-respected Weizmann Institute of Science in Israel. Full titles are given at the end of the piece.

The first study demonstrated big differences between individuals in the way that probiotics colonised the gut. This study was much more accurate than any previous studies as it tested samples from within the colon (from the mucosa lining) and from stool samples. Many studies assume that stool samples alone are an accurate indicator. As this study demonstrated, this is not always the case. Overall some individuals in this study appeared to be resistant to colonisation, whereas others were not. Furthermore, it appeared to be very unpredictable as to which probiotic strains were likely to colonise any one person. One of the senior authors (who is an immunologist at the Weizmann Institute of Science in Israel) commented.

“People have thrown a lot of support to probiotics, even though the literature underlying our understanding of them is very controversial; we wanted to determine whether probiotics such as the ones you buy in the supermarket do colonise the gastrointestinal tract like they’re supposed to, and then whether these probiotics are having any impact on the human host. Surprisingly, we saw that many healthy volunteers were resistant in that the probiotics couldn’t colonise their GI tracts. This suggests that probiotics should not be universally given as a ‘one-size-fits-all’ supplement. Instead, they could be tailored to the needs of each individual.”

Can they even be detrimental in some situation?

In a second study, researchers asked whether patients should be taking probiotics to counter the effects of antibiotics in order to repopulate their biome. Twenty-one volunteers were given antibiotics and then assigned to three groups. One group was a ‘watch and wait group’ who were left to recover naturally, the second was administered probiotics and the third was implanted with their own faecal biome (this is called a faecal microbiome transplant !!!!). The hypothesis was that colonisation by probiotics should be very easy, as antibiotics had cleared the way, and that a normal biome could quickly be re-established. However much, to everyone’s surprise, the probiotics prevented the host’s normal biome from re-establishing for months afterwards!! Meanwhile, the hosts who received a faecal transplant established their normal equilibrium within days!! The researchers stated.

“Contrary to the current dogma that probiotics are harmless and benefit everyone, these results reveal a new potential adverse side effect of probiotic use with antibiotics that might even bring long-term consequences,” Elinav says. “In contrast, replenishing the gut with one’s own microbes is a personalised mother-nature-designed treatment that led to a full reversal of the antibiotics’ effects.”

“This opens the door to diagnostics that would take us from an empiric universal consumption of probiotics, which appears useless in many cases, to one that is tailored to the individual and can be prescribed to different individuals based on their baseline features.”