The author Kingsley Amis was voted one of the 50 greatest British writers in 2008. He once said, ‘no pleasure is worth giving up for the sake of two more years in a geriatric home.’ Unfortunately, some of life’s pleasures might influence how long you want to hold on to your cognitive faculties.

This month strong evidence has been published over the roles of alcohol and  cholesterol as major contributors to dementia and Alzheimer’s disease (AD). Kingsley Amis also famously said ‘if you can’t annoy someone there is little point writing.’ 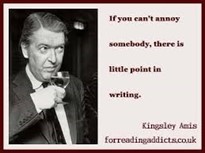 I have a feeling he would not be happy forgoing a fine dining experience with a good bottle of wine. His book entitled ‘Everyday Drinking’ is a book of comic prose that covers  topics as hangovers, food-and-drink combinations, and (presumably) how to avoid getting drunk, in a collection complemented by cocktail recipes. 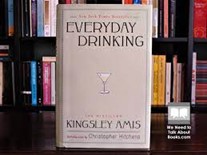 Present estimates suggest that there are about 850,000 dementia sufferers in the UK. This is set to increase,  with the current population age profile,  to two million by 2051. Research into dementia is now regarded as a national priority. It is becoming increasingly clear that there is a link between our cardiovascular health and brain health. There is now intense scientific interest in attempting to explain this link.

Last year a research study was published that very clearly linked cardiovascular health with brain health. This ground-breaking study demonstrated that the Tsimane tribe, who live in the Bolivian Amazon, experience a 70% slower decrease in brain volume (or atrophy) during their lives when compared to Western populations.

A previous study from also 2017 found that they also have the healthiest cardiovascular systems of any recorded population, which in turn increases their brains’ resilience to ageing and brain atrophy. The importance of the study is that brain atrophy may be slowed substantially by the same lifestyle factors associated with very low risk of heart disease.

In 2021 I covered a very interesting study that demonstrated that those of us who consume an ‘anti-inflammatory diet’ have a lower risk of developing dementia later in life. The study references a Mediterranean type of diet that included more fruits, vegetables, beans, and tea or coffee.

The study estimated that there is a three times greater risk of dementia linked to diets that are low in these food groups. The significance of the role of our diet in dementia has also been supported in a another study published last week.

This investigation published in the journal ‘Alzheimer’s and Dementia’ demonstrates very clearly that living a healthy early life and avoiding cardiovascular risk factors contributes to avoiding the risk of Alzheimer’s disease (AD). More specifically the authors of the study stated that having high levels of good cholesterol (HDL) and low blood glucose levels between the ages of 35-50 years lead a higher incidence of AD several decades later in life. 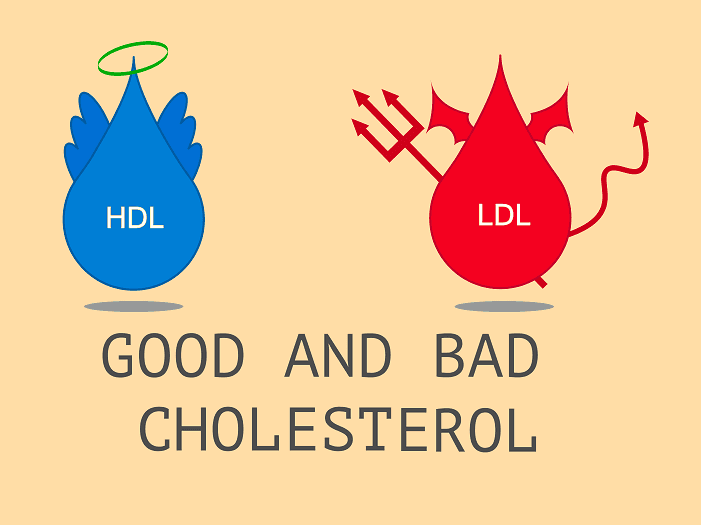 HDL (high-density lipoprotein) is of course seen as ‘beneficial’ cholesterol as it absorbs cholesterol and carries it back to the liver. The liver then flushes it from the body. High levels of HDL cholesterol can lower your risk cardiovascular risk.

As most of us know lifestyle factors, such as including adhering to a healthy diet and regular exercise, are well-known factors that help increase plasma HDL-cholesterol. LDL (low-density lipoprotein), sometimes called “bad” cholesterol, makes up most of your body’s cholesterol. High levels of LDL cholesterol raise your risk for heart disease and stroke.

The study began in 1948 with 5,209 adult subjects from Framingham and is now on its third generation of participants.  It has generated seminal findings such as the effects of tobacco use, unhealthy diet, physical inactivity, obesity, raised blood cholesterol, raised blood pressure, and diabetes on cardiovascular disease. It is still ongoing today and can still offer unique perspectives on our health.

‘the unique design and mission of the Framingham Heart Study, which is a multi-generation, community-based, prospective study of health that began in 1948, allowed us to link Alzheimer’s to risk factors for heart disease and diabetes measured much earlier in life than possible in most other studies of cognitive decline and dementia.’

The researchers found that lower HDL (the good cholesterol) is predictive of AD in early (35-50 years) and middle (51-60 years) adulthood and that high glucose in the blood (a precursor of diabetes) during mid-adulthood is also predictive of AD.

One of the lead authors comments;

‘These findings show for the first time that cardiovascular risk factors, including HDL which has not been consistently reported as a strong risk factor for AD, contribute to future risk of AD starting as early as age 35.’ But diet in not the only frisk actor involved in dementia and Alzheimer’s Disease.

A study  has just been published on 4th March 2022 in ‘Nature Communications’ has also found a direct association with alcohol consumption and brain atrophy. This study is happily entitled ‘Associations between alcohol consumption and grey and white matter volumes in the UK Biobank’ (not something to quote at a dinner party  as you uncork another bottle of wine!). The investigation concluded that even light to  moderate drinking appears to be detrimental to brain health. 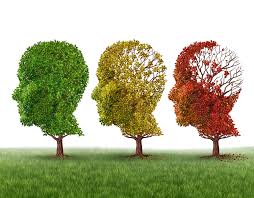 The researchers, led by a team from the University of Pennsylvania, analysed data from over 36,000 UK adults. The study formulated its data by accessing the UK Biobank. The UK Biobank is a remarkably interesting resource. It is a large-scale biomedical database and research resource.

It contains in-depth genetic and health information from half a million UK participants. The power of the UK Biobank is that it provides any investigations with very large datasets which means that it provides sensitive data.

One of the authors of the study  concluded that ‘having this data resource is like having a microscope or a telescope with a more powerful lens. You get a better resolution and start seeing patterns and associations you couldn’t before.’ Even low levels of alcohol it would appear are detrimental for your brain health.

When the data was accessed, the study discovered a direct link between alcohol and reduced brain volume that commences at an average consumption level of less than one alcohol unit a day — or about half a beer — and rises proportionally with each additional drink.

The study suggested that even increasing your drinking habit from one to two drinks per day implied changes in the brain equivalent to aging approximately two years. This trend is typical for the 50-year-old age group. The data suggested that  drinking habits during this decade of life do typically increase from an average of one unit of alcohol per day to two.

It would appear then then that even a modest increase in consumption has consequences. Were this to increase yet again from two to three alcohol units, at the same age,  the study concluded changes in the brain equivalent to aging  three and a half years.

As drinking increases so does the toll on brain health. Although the science may not yet be fully understood we do know that alcohol and brain health quite literally have a toxic relationship. Heavier drinkers have observable differences in their brain structure and volume each of which has a direct link to cognitive impairments. As one lead author commented ‘the fact that we have such a large sample size allows us to find subtle patterns, even between drinking the equivalent of half a beer and one beer a day.’