This is my last piece before the summer holidays, and I will not be writing again until September. Heaven knows what will have transpired by that point in time. Last week I wrote an article about synovial joints in mammals and the synovial fluid that helps maintain joint health and efficiency.

It makes sense this week to look at the flexibility of synovial joints. Clearly the full range of motion of a joint is ultimately determined by ligaments.

Ligaments stop the joint moving outside its physiological range and help prevent joint dislocation. However, it is of course a perceived wisdom that it is our various muscle groups associated with each of our synovial joints that contribute most of all to our overall flexibility.

Stretching and flexibility is something that most of our patients ask about. The perception that it is important is underpinned by yoga, Pilates, and various other exercise regimes in sports science.  This is despite scientific evidence remaining somewhat uncertain. 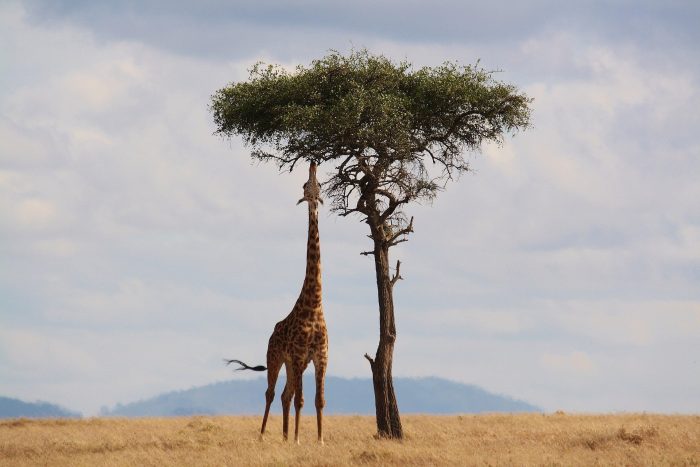 Most animal species enjoy a good stretch when they wake up. Our Labrador puppy certainly has a good yawn and stretches his front and back legs almost as soon as he wakes up before he eats our post. So do our two cats!

This involuntary type of stretching is called ‘pandiculation’ and it appears to be associated with a natural biological rhythm as part of the transition between sleeping and waking. A good yawn and stretch are known as ‘stretch yawning syndrome’ (or SYS) and it seems to be part of our arousal waking function as we seek to reset our nervous systems. This is necessary when we wake up to prepare us for activity. 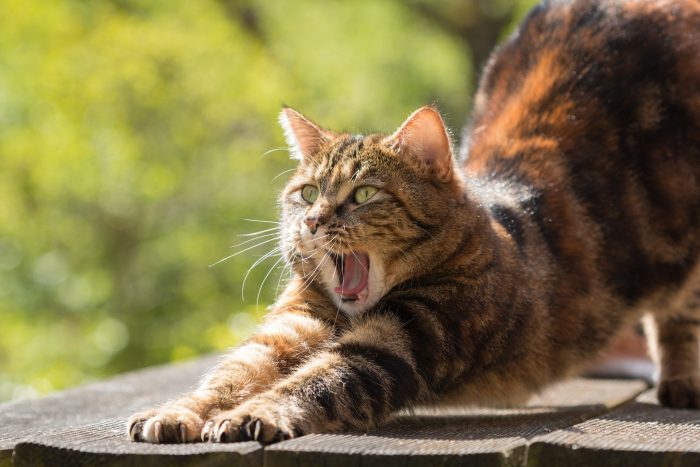 This is an instinctual reflex and, apart from pandiculation, as far as I know our puppy has not signed up for yoga classes! We on the other hand seem to be obsessed with it!

One of the gold standard references for stretching is the American College of Sports Medicine (or ACSM). Their latest guidelines suggest we stretch at least two to three times a week and ideally every day for most effect. They recommend stretching to a point when there is a feeling of tightness or slight discomfort. Once you reach this point, they suggest holding this position as a static stretch for 10-30 seconds.

If you are older, it suggests a 30-60 second stretch as this may confer greater benefit. They recommend a series of flexibility exercises for each of the major muscle groups. If you are interested you can find ACSM’s Guidelines for Exercise Testing and Prescription, 11th Edition online, and download or order a copy.

Last year I wrote about sitting being the new ‘smoking’ when it comes to health concerns. Evolutionary pressures favour energy-minimising strategies, but latest new evidence suggests that sitting as a form of inactivity stimulates extraordinarily little muscle activity making it a possible exception to the rule. Chairs first appeared in the archaeological records less than 5000 years ago and they are a surprisingly recent phenomenon.

Stretching. The Effect of Prolonged Sitting on Hip Movement

One study published in February 2021 in the journal ‘Musculoskeletal Science and Practice’ looked at the effect of prolonged sitting with 98 participants. Clearly the researchers were interested to see if prolonged sitting leads to changes in muscle properties and in particular flexibility of the hip.

They divided the participants into three groups. The groups were defined by those that sat minimally (<4 hours/day), those that sat for prolonged periods and were inactive (>7 hours per day) and those that did at least 150 mins of activity. They then measured hip movement. They discovered that there was 6.1° more passive hip extension in the high activity & minimal sitting group when compared to the low activity & prolonged sitting group. 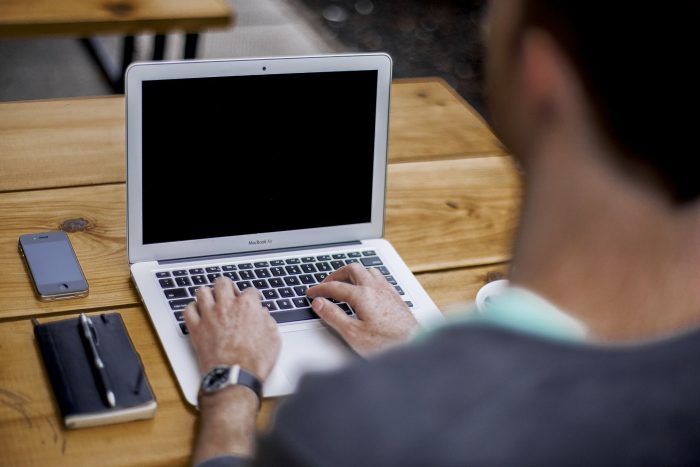 Just as a reference the normal range of hip extension for males and females is in between 26.4 and 29.2o so it could be argued that this reduction represents a 20-25% loss of joint mobility. This may have further implications for various potential health issues such as lower back pain. This study is the first to demonstrate an association between passive hip extension and prolonged sitting/physical inactivity. Changing your posture and perhaps using a standing desk for example can only be a good thing.

Studies have Revealed Sitting at a Desk also increases Tension & Stiffness in your Shoulder, Neck and Arm

Sitting at a desk also has other effects on your body. One study from 2012 entitled ‘The influence of mental load on muscle tension’ published in the journal ‘Ergonomics’ looked at the effect on our upper bodies. They decided to use an electromyogram.

Electromyography is a technique for evaluating and recording the electrical activity produced by muscles. In this study they evaluated tension by looking at the muscles in the hand, upper arm (the deltoid muscle group), trapezius (this muscle lies between your neck and shoulder). They decided to assess the tension in these muscles when maintaining posture and then under mental load to assess the difference.

The results proved that mental demands lead to an increase in tension in the deltoid and trapezius muscles and, to a lesser degree, in forearm muscles. The higher the load the more the tension. This is neatly reflected in the presentations we see in clinic. We can tell you anecdotally that shoulder girdle pain is a common syndrome that is indexed to desk-based jobs and occupations that requires sustained upper limb posture such as driving. So, what happens when we stretch?

Stretching a muscle and the tendon associated with it (remember that a muscle requires tendinous tissue at its insertion point) will essentially mean that these structures do become elongated (by 5-10%). However, this effect is temporary and usually lasts for an hour or so.

There are numerous studies that have evaluated various effects of different types and durations of stretching. Some of these measure the immediate results of stretching, and some the results of stretching over a period of time. They all vary considerably according to the different muscles or muscle groups that are being examined and by the profile of the participants used in their studies.

Recommendations are therefore rather general. Overall, in order to increase the range of motion (ROM) it would appear that most types of stretching are effective. One form of stretching that is viewed as a little more effective is Proprioceptive Neuromuscular Facilitation (PNF). PNF increases range of movement by increasing the length of the muscle and increasing neuromuscular efficiency.

Effects can last for 90 minutes or more after the stretching has been completed. The best thing to do is research PNF stretching yourself if you are interested. What is interesting is that regular stretching over 6-8 weeks appears to lead to an increased ROM in joints.

However, scientifically no one really seems to know why.  It has been assumed that any changes result from a reduction in muscle and tendon stiffness or from neural adaptations causing an improved stretch tolerance. This may now be revised.

Research looking at the long-term effects of stretching is extremely limited. However, one latest research study, although yet to be completed due to the pandemic, has suggested that in ballet dancers, over long periods, individual muscles do get longer because of the addition of new tissue called sarcomeres which increases overall muscle length. A sarcomere is a contractile unit in a muscle, in effect the more sarcomeres the longer the muscle.

The benefits of stretching before exercising have been hotly debated for some time. Evidence is at best contradictory, and no one really knew, based on scientific evidence whether it was beneficial or harmful, despite being widespread practice and perceived wisdom.

That was until 2016 when a study appeared in the Journal of ‘Applied Physiology of Nutrition and Metabolism’ by Memorial University in Newfoundland, Canada. They suggested that stretching before exercise reduced injury by up to 54%. This was confined to sporting activities that demanded short intense durations such as sprinting or jumping and not endurance sports. The study also remarked that much was still unclear.

The debate regarding stretching will no doubt continue, and modern concepts will come and go. Anecdotally I would remark that most of our patients feel some positive benefit. The choice is yours.