The famous quote from the American Declaration of Independence says, ‘that all men are created equal’.

On October 1st, 2021, Public Health England transferred all health protection functions to the UK Health Security Agency (UKHSA). The UKHSA commissioned an independent report from the Scientific Advisory Committee on Nutrition (SACN) to review our saturated fat intake. They recommended that the UKHSA gave consideration to strategies to reduce the average contribution of saturated fatty acids to dietary energy to no more than about 10%.

However, what they failed to consider is that, unlike our famous quote from Thomas Jefferson in 1776, not all saturated fats are created equally. There is now strong evidence that indicates some types of saturated fats in dairy products (such as cheese) may be especially important for our health.

Sadly, this week the science of cosmology is not relevant to my topic (unlike iodine from last week) as, according to my research the moon is disappointingly not made of cheese. Neither does cheese appear in the periodic table, although it is so elemental to my life, that it could be considered the 95th natural element.

While we are talking about celestial bodies enjoying their own orbit, it was our Prime Minister who once said, ‘my chances of being prime minister are about as good as the chances of finding Elvis on the moon or being reincarnated as an olive’. Yet here we are. 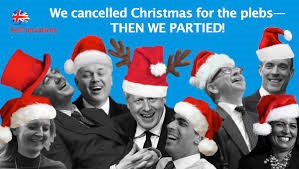 As one Twitter post suggested ‘tense days ahead as Boris Johnson waits to find out if inquiry ordered by Boris Johnson finds that Boris Johnson attended a party at Boris Johnson’s house’. There are literally endless jokes and memes. One observer suggested that 10 Downing Street should be renamed Downing 10 (as in shots or pints).

Apparently in the middle of all this ‘industrial scale partying’ (being a politician never sounded so good) at some point alcohol was allegedly accompanied by some cheese. I wonder if the Secretary of State for Health and Social Care followed his own current guidelines ( as well as social distancing) of no more than 14 units of alcohol a week and, having eaten some cheese, a saturated fat intake of no more than 30g per day as determined by the UKHSA.

Luckily for Sajid Javid (who is not a practicing Muslim and does drink alcohol), the guidelines for saturated fat may need revising. A nibble of Wensleydale with his Cabernet Sauvignon may even have improved his health. 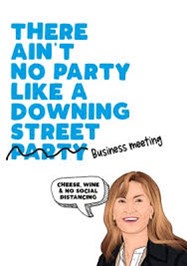 Current research now suggests dairy products such as milk, cheese and yoghurt can have a neutral or even positive effect on reducing a person’s risk of cardiovascular disease, despite their saturated fat content. Dairy products have traditionally been under scrutiny for many reasons ranging from environmental, ethical and animal welfare issues (in dairy farming) and vilified for their high saturated fat and salt content.

The government’s Eatwell Guide recommends we include dairy or dairy alternatives in our diet, but guidelines limit our saturated fat intake to 20g per day for women and 30g for men. But these guidelines are now being challenged. Increasing evidence suggests that the health impact of dairy foods is more dependent on the type (e.g., cheese, yoghurt, milk, and butter) rather than the fat content, which has raised doubts if avoidance of dairy fats is beneficial for cardiovascular health. 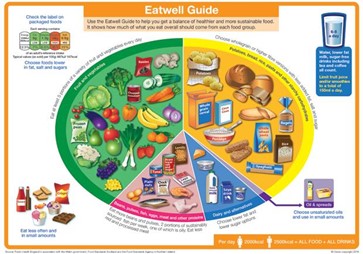 Clearly environmental considerations since COP26 are becoming increasingly relevant. As much as I love cheese, unfortunately it has a high carbon footprint. It has an approximate average of 13.5kg carbon dioxide equivalent per kilogram eaten. This is higher than pork which has a lower carbon dioxide equivalent at 7kg, chicken 5kg and fish 4kg. These facts are difficult to dispute but it is not all bad news when it comes to saturated fat content.

Surprisingly a large new study suggests some of the saturated fats in dairy products might actually protect against – not contribute to – heart disease. This was published on September 21st, 2021, on the online journal PLOS Medicine. The investigation was undertaken in Scandinavia.

Here cheese and dairy consumption is amongst the highest in the world. Allied to this is the fact that overall consumption is increasing worldwide, and dairy products are now becoming a major source of nutrients; thus, it is important to advance understanding of the impact of their saturated fat content on cardiovascular risk.

To give us some perspective the largest consumer of cheese in the world is Denmark. The country consumes a whopping 28.1 kilograms of cheese per capita per year. The second highest consumer is Iceland followed by Finland (27.7kg and 27.3kg respectively).

France follows closely at 27.2kg of cheese per capita. Sweden, where the research was done, ranks eleventh at 20.5kg. For the purposes of comparison, according to the online service Statistica, in the UK the average purchase per person per week of cheese has been increasing annually.

By the end of the 2017/18-year, cheese purchases had increased to 125 grams per week (which is a kilogram every eight weeks or 6kg per year).

The study underlined conclusions found in other recent investigations. It strongly suggested that a specific type of fatty acid present in milk products (called odd chain saturated fatty acids or OCFAs) is associated with a lower risk of cardiovascular disease. In general, it observed that a higher dietary intake of OCFAs (specifically pentadecanoic acid and heptadecanoic acid) is associated with lower mortality. 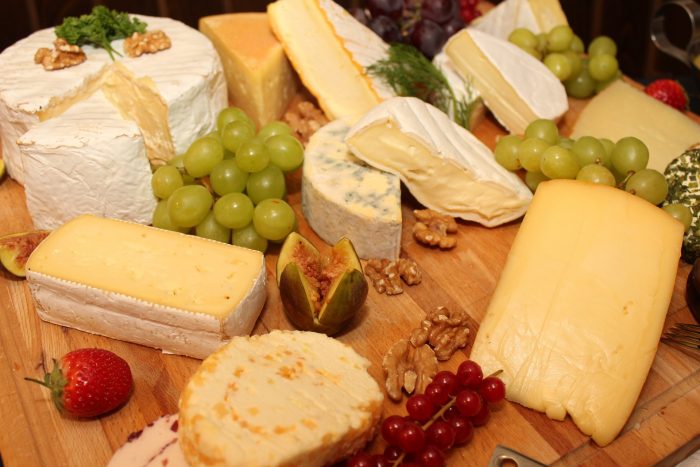 Strongest Evidence Yet Supporting These Theories

Our investigation followed the lives of 4,150 Swedish 60-year-olds for more than 16 years. Contrary to popular opinion, what it discovered was that those people with the highest intakes of dairy products appeared to have a lower risk of cardiovascular disease than those with low intakes.

The research did not look specifically at the kinds of dairy products that our 4,150 participants consumed. Instead, it analysed their blood to measure levels of pentadecanoic acid and heptadecanoic fatty acids. During the study of 16.6 years, of our 4,150 Swedes, 578 of the participants suffered from ‘cardiovascular related events’ and there were 676 deaths.

To increase the credibility of the study and to offset the culture of high dairy product intake in Sweden the researchers also analysed 17 similar studies involving almost 43,000 people from several different countries including the UK and US. These studies confirmed their findings.

They concluded that ‘in a meta-analysis of 18 observational studies including our new cohort study, higher levels of pentadecanoic and heptadecanoic acid were associated with lower CVD risk. Our findings support the need for clinical and experimental studies to elucidate the causality of these relationships and relevant biological mechanisms.’

Another landmark study was published in the journal ‘Nature’, 18th May 2020. This study was key to devising this new emerging theory, that odd chain saturated fatty acids are of great benefit to us.

This research was driven by the fact that although diets with lower saturated fats have been recommended to decrease cholesterol levels for 40 years in the US, it had not improved the national health. 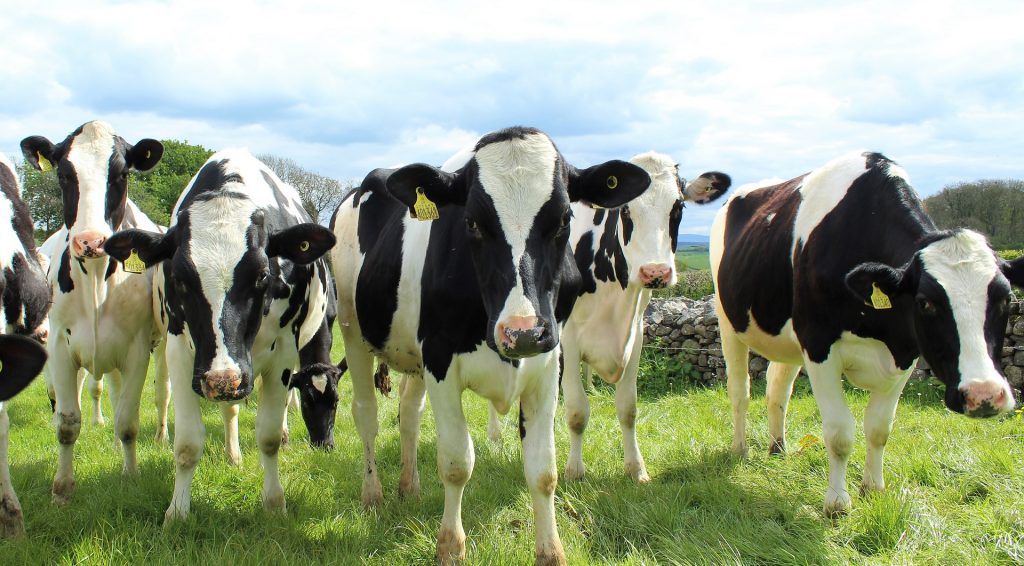 It observed that during this time the average individual’s daily intake of whole fat milk had reduced more than 4-fold, from 283 to 65 grams per day. Yet despite this drop in whole fat milk consumption, the prevalence of obesity and cardiovascular disease had increased. They wanted to know why.

The article was the first to suggest that odd chain saturated fatty acids are associated with a lower risk of cardiovascular disease. It estimated that OCFA levels in the US had been declining over recent years. OCFAs are important as they help attenuate inflammation and have a direct role in reducing comorbidities.

Another 18-year study including over 25,000 individuals demonstrated that children fed whole fat milk had a lower risk of having obesity compared to children who were provided fat-free or 1% fat milk. There are also multiple studies that have demonstrated associations between higher dietary intake of full-fat dairy and reduced risk of type 2 diabetes and cardiovascular disease.

Government guidelines have advised us to limit our intake of saturated fats  for decades. However, this is purely based on the idea that, in general, saturated fats raise levels of low-density lipo-protein (or LDL) which we know as ‘bad’ cholesterol.

The premise is that this generates ‘furring’ of our arteries and increases our risk of heart attack and stroke. Unfortunately, this advice does not differentiate between types of saturated fats, partly because most foods, including dairy, are complex and contain many types of fatty acids.