An osteopath can be considered as a specialist in musculoskeletal pain who treats minor to major soft tissue and bony injuries.

An osteopath is capable of treating all joints and soft tissues in the body: fingers, wrists, elbows, shoulders, knees, feet and obviously the spine.

An osteopath will look holistically at the entire body. They will look at your problem and relate this to the way the whole body moves and functions as a whole.

Treatment then uses movement of the human body to help restore normal function and help the body the heal itself.

An initial consultation at the Clinic typically lasts around one hour.

It will involve taking a detailed case history, both examining and treating you, and carefully explaining to you a diagnosis and prognosis so you understand your problem and feel in control.

During your consultation, a complete case history is taken that will detail your past and present medical history. This includes information that may even seem unrelated, such any medication that you are taking long- and short-term, among other factors.

Learn more about the initial consultation

Osteopathy case study – Getting Hannah back on her bike

Hannah climbed on a motorbike when she was four years old and has never looked back, becoming one of the UK’s leading female trials riders.

Finishing in the top 15 at the 2010 world ladies’ championships, she was then picked to represent Great Britain in the Trials Des Nations – the Olympics of the sport – riding to second place in a female team of three. 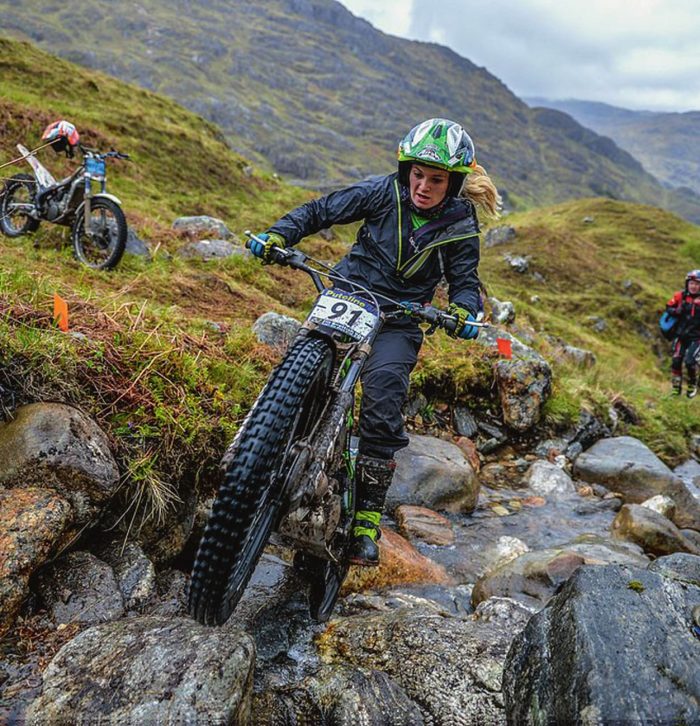 However, life took a turn for the worse for the Stoney Middleton rider in 2014 when, at the age of 20, she was diagnosed with Ankylosing Spondylitis (AS). The chronic form of arthritis leaves the spine and other parts of the body badly inflamed: a particular challenge for an athlete.

But five years on, Hannah is still competing at the highest levels of her sport – with the assistance of osteopath Phil Heler. Regular therapy sessions at his Buxton and Bakewell clinics help her to cope with competitions that involve hours of riding.

The pair met in 2013, when Hannah suffered a shoulder injury. So, after receiving her devastating diagnosis a year later, she knew exactly where to go.

“Phil had been so supportive. I was told that I couldn’t have any osteopathy treatment for my AS, but I went to see him anyway – and I’m glad I did,” she says.

“I do struggle if I’m riding regularly and the treatments make a massive difference. If I didn’t have Phil on hand I’d find it very difficult. I arrive for a session feeling very much the worse for wear and walk out feeling a lot better.”

Hannah adds: “Sometimes I visit two or three times a month, sometimes it’s once a month. It involves a lot of ultrasound work on my back and my shoulders.”

With over seven million patients receiving treatment in Britain every year, osteopathy is widely recognised as an effective and natural way to provide pain relief, says Phil. “As well as spinal pain, we can treat a wide range of musculoskeletal problems from head to foot in people of all ages, using a wide range of techniques,” he adds.

And while the osteopathy sessions continue to be effective, Hannah has no plans for a quieter life. 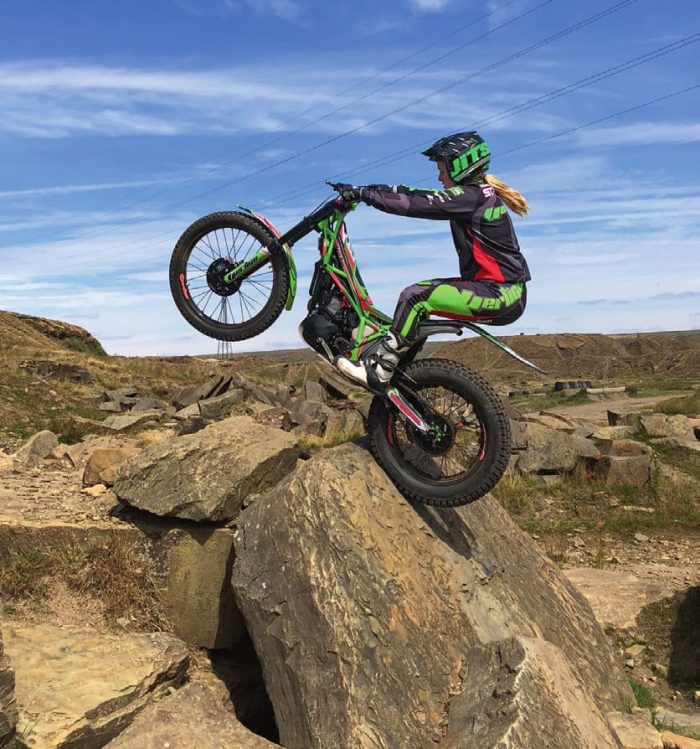 “I’ve been riding all my life. I can’t do the number of events that I used to because I am exhausted, but it isn’t going to stop me doing something that I love,” she says. Recent achievements include completing the Scottish six-day trial, riding around 120 miles a day, for eight hours at a time. She also received the best endeavour award after completing the gruelling Scott Trial. Of 250 riders, only 100 finished the event, covering 80 miles of the North Yorkshire Moors.