Vegetarian Diets are often seen as a healthy alternative, but is there a hidden cost environmentally and ethically? When I picked up a copy of the latest edition of ‘New Scientist’ the front page captured my intention. The strap line on the front page read ‘We need to talk about cheese; the terrible cost of the food we can’t stop eating’. Diet and nutrition were something that I originally studied, and this certainly aroused my intense curiosity, not least because I like cheese. I even tutor cheesemaking courses six times a year and have a family business that manufacturers quite large quantities of it. What could possibly be so wrong with cheese (beyond a high fat and salt content!)? 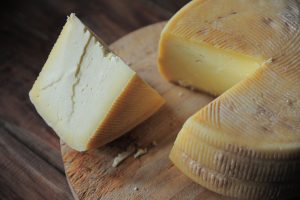 I was amazed to discover that as meat consumption declines in the UK there is a corresponding rise in cheese consumption. Is there any relationship between the two? As it turns out this meat/cheese switch, as the article read, is a hitherto unreported problem for the environment. In 2017 the University of Oxford conducted a survey that included 200,000 people and classified them by diet. The results were unequivocal. The people who eat the most cheese are vegetarians. The average cheese consumption in an average vegetarian diet was estimated at 30 grams a day which is almost twice as much as meat eaters. The question raised is purely whether cheese is, in true terms, a sensible environmental and ethical alternative to meat. Clearly this is something of us all to consider, not just those of us who base our lifestyles on a vegetarians diet. 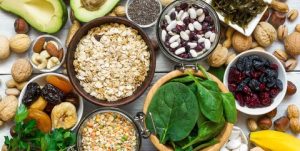 In order to feed an ever-expanding global population, the reduction in meat consumption/per capita is regarded as something of a priority by the Intergovernmental Panel on Climate Change (IPCC). The average amount of meat consumed per person globally has nearly doubled in the past 50 years, from around 23kg in 1961 to 43kg in 2014. Meat consumption is highest across high-income countries. The biggest consumers are Australians, consuming around 116 kilograms per person in 2013. The average European and North American consumes nearly 80 kgs and more than 110 kgs, respectively. This indicates that over time total meat production has been growing at a much faster than the rate of population growth, increasing four or five-fold since 1961. Can this continue? 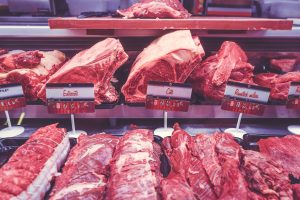 A recent study in the ‘Science’ magazine stated, “It is difficult to envisage how the world could supply a population of 10 billion or more people with the quantity of meat currently consumed in most high-income countries without substantial negative effects on the environment.” Livestock farming globally is a major contributor to biodiversity loss, as forests and wild countryside are given over to agricultural land to grow animal feed. And the draining of rivers and lakes to irrigate land used to grow corn and other grains used as animal feed is already having a substantial impact on water resources, the study suggested. A vegetarian diet or more plant-based diet is definitely a good idea.

The UK’s 2017 National Food Survey found consumption of raw beef, lamb and pork had actually fallen by 4.2% and meat products (including sausages, bacon and poultry) by nearly 7% since 2012. The IPCC has called for us all to adopt a plant-based “flexitarian” diet, in which meat is typically eaten less than once a week. A recent body of research from a leading supermarket suggested that 21% of us now claim to be either flexitarian or vegetarian and 7% of us are now vegan. Vegans are of course cheese free and this represents the most rapidly expanding choice. About 60% of vegans and 40% of vegetarians surveyed said they had adopted the lifestyle over the past five years, with 55% citing animal welfare concerns, 45% health reasons and 38% environmental issues. People in the 18-to-34 age group were more likely to switch to veganism, with much less enthusiasm among the over-55s. So, a third of us in the UK now choose to eat less or no meat, but according to research, more cheese (unless you are vegan). How does meat compare with cheese in terms of both environmental cost and ethics? 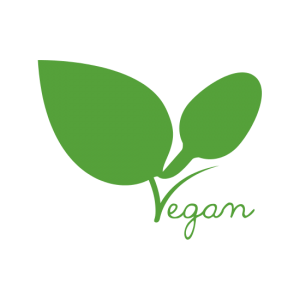 Livestock are responsible for about 14.5 percent of global greenhouse gas emissions. Cattle are of course by their very nature ‘belching’ ruminants as they they generate methane. They are responsible for two thirds of livestock emissions (according to the United Nations Food and Agriculture Organisation) with goats, sheep and buffalo being other major contributors. It is also worth pointing out these are all collectively major milk producing animals and connected to cheese manufacture. The overall environmental impact of beef production is one the worst environmental examples. In order to produce a single kilo of beef approximately 26.5kgs of ‘carbon dioxide equivalent’ are generated! Half of this is due to methane production from digestion, this alone corresponds to a 100-kilometre car journey! Lamb generates approximately 23kg carbon dioxide equivalent, pork 7kg, chicken 5kg and fish 4kg. Cheese meanwhile has an average of about 9.8kg and milk 1.3kg! 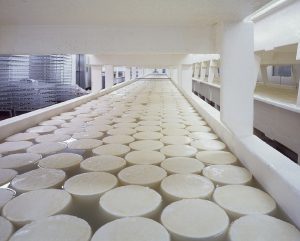 One of the key facts about cheese manufacture is that it takes 10 litres of milk to produce 1 kg of cheese, this is because milk is 88% water and cheesemaking is basically a method of consolidating milk solids. The specific carbon footprint of cheese varies (although it has an average figure of 9.8kg), with the worst example being cheddar at over 16kg carbon dioxide equivalent. Theoretically therefore if you have a meal comprised of cheddar rather than fish, you could be quadrupling the carbon footprint of the meal (obviously this is relative to portion size). Gram for gram cheese also contains more calories than meat. So as protein alternative for a vegetarian diet maybe this is not such a good idea.

Clearly historically, there are compromises that have been made in agriculture in order to serve a growing demand for both plant and animal products. Post-war government policy specifically encouraged intensification of livestock farming systems. Unfortunately, for farmers, more recently attitudes and ethical considerations have changed as environmental concerns escalate. These points certainly combine acting as key a driver for public opinion and help explain the continuing rise in veganism in younger age groups and the overall shift in opinion to more plant-based or vegetarian diets. Although not directly related to this topic, research by Waitrose found that 88% of respondents who replied to a survey, who saw the final episode of BBC’s Blue Planet II about the effect of plastics on our oceans, had since changed their behaviour. Waitrose said it had fielded an 800% increase in questions about plastics from customers in the wake of the episode. Waitrose’s managing director, Rob Collins, said: “Being mindful of how we live and eat has become a priority in today’s world. As we become increasingly mindful of our own health, the well-being of our family and that of the planet, we’re reshaping how we shop, cook and eat.”

Certainly, ethical issues are also increasing in stature in the dairy farming sector. A recent article in the Independent  (18.10.18) entitled ‘Meet farmers on a mission to make to make ethical dairy products’ demonstrates growing awareness. This story was based on an organic farm in Scotland called the ‘Ethical Dairy’ who are pioneering a new system of dairy farming – one that keeps the cows and their calves together for five months before weaning them, rather than separating them at just days old. Wider ranging ethical concerns often focus on cow-calf separation at birth and the potential distress it causes to dairy cows. Protests regarding animal welfare in the dairy industry are now more focused and organised. 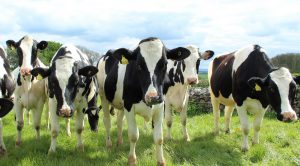 My brother, who runs our family dairy farm, on last contact discussed the website www.projectcalf.com. This dispenses advice to would-be protesters on methods on how to organise peaceful protests against dairy farmers, informs on covert surveillance and what to do when apprehended by the police. Big awkward questions are now regularly put forward regarding animal rights and welfare implications both by the press and social media. I only act as a commentator but public awareness over these issues has been growing and this has been prompted by various pieces of journalism such as ‘Dairy is Scary’ written in the Guardian in March 2017 (this took its title from a famous ‘You Tube’ video that singled out the same ethical issues in the dairy sector). This article was particularly overt and stated that ‘even the planet’s most shameless and gifted spin doctors would find it hard to put a positive angle on the brutal reality of most dairy farms.’

Cows undergo successive cycles of insemination, birth, separation (from their calves) and lactation multiple times. If the productivity and/or fertility is brought into question they are put forward to slaughter. In the U.S for example there is an estimated 9.3 million dairy cows at any given time and approximately 3 million of these are slaughtered each year, along with all the male calves that are born. Clearly people do not always realise the dairy industry is a major contributor to meat production. 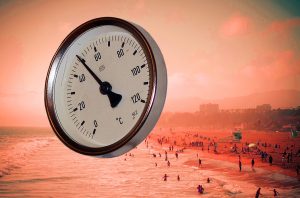 All this is very interesting of course but the key consideration for me is carbon footprint and environmental impact. Ethics are important too, but for every degree Celsius of additional temperature rise, global wheat yields are estimated to drop 6%, while global rice yields are estimated to fall 10%. The Intergovernmental Panel on Climate Change (IPCC) has also warned the planet is currently “nowhere near on track” to keep the rise in temperatures below 1.5 degrees. The IPCC estimates that it is possible that under current climate commitments by world leaders, the Earth will be 3 degrees warmer by the end of the century. Allied to this it the fact that growing populations will imply that agriculture will need to generate 50 per cent more food in order to support almost 10 billion people in the next 30 years. The report states “an important first step would be to align national food-based dietary guidelines with the present evidence on healthy eating and the environmental impacts of diets.” It also calls for a dramatic reduction in food waste, improved freshwater management, controlled fertiliser application and major investments in agricultural infrastructure and educational campaigns.