This week I am exploring the world of ultra-processed foods. Having had a week away from diet we’re back again so we can pick up on a point that I briefly touched on the other week. Refining and processing of foods leads to a loss of minerals (including magnesium) and a host of other unwanted effects. The beneficial effects of foods that are fresh or minimally processed foods are well known, but few studies have described the detrimental effects of high consumption of ultra-processed foods. If you remember loss of magnesium for example during food refining/processing is significant: white flour (−82%), polished rice (−83%), starch (−97%) and white sugar (−99%) (McCance and Widdowson 2007). But this is just the tip of iceberg. There have been two new startling studies published on May 29th in the British Medical Journal (BMJ) which looked at the impact of consuming high levels of ultra- processed food on our health. Processing obviously results from a sequence of physical and chemical processes applied to foods and their constituents. Essentially, processed food is therefore just about anything that’s been deliberately altered in some way before we eat it, which could mean that it’s been frozen or dried, or artificially formulated from scratch into a microwaveable dinner.

What are Ultra-Processed Foods?

But obviously there are significant nutritional differences between a processed food like frozen peas, which goes through one form of processing (freezing), and a highly processed food like chicken nuggets, which goes through many stages of processing (hence the term ultra-processed). Ultra-processed foods (such as our chicken nuggets) tend to be mass produced packaged goods with other examples being fizzy drinks, packaged sweet and savoury snacks, instant noodles and frozen or microwaveable meals. This is a big group of foods and it is relatively concerning as in the UK we simply cannot get enough of it. In the last few decades roughly 50% of our calories now comes from this category alone. Let’s face it, many ultra-processed foods are seriously tasty with many diverse examples such as ketchup, bacon (apologies to Bob in Over Haddon), pizza and crisps. These are all very palatable because they contain a lot of fat, sugar or other additives, but what it is doing to our health? Some recent studies are beginning to link consumption of ultra-processed foodstuffs to a number of diseases, including cancer and heart disease, although the exact cause behind the link is not fully understood. 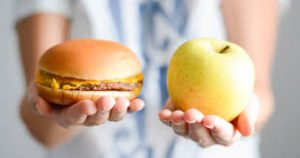 Just to be clear then ultra-processed foods are subjected to multiple processes and they contain many added industrial ingredients all of which are highly manipulated. Ultra-processed foods tend to be formulated from industrial ingredients, blending starches, sugar and saturated fats with additives such as preservatives, binders, bulkers, sweeteners, flavourings and sensory enhancers. Typically, as tasty as they are, these foods often end up having a higher content of total fat, saturated fat, high levels of added sugar and salt combined with a lower fibre and vitamin density. They can also contain additives such as sodium nitrite and titanium oxide, which have been linked to high blood pressure and cancer. 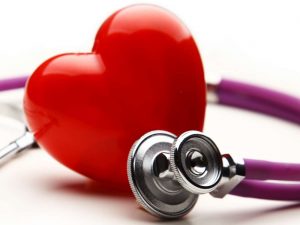 Many ultra-processed foods, because they are exposed to a lot of heat treatments, generate high levels of acrylamide. There is also another compound called acrolein that is also formed during the heating of fat, both acrylamide and acrolein have been associated with damage to cardiovascular tissues.  Furthermore, even the packaging of ultra-processed foods might also contain packaging materials that come into contact with food, such as bisphenol A which is used in plastics manufacture. There are growing concerns about bisphenol A leeching into food and impacting negatively on our health although the true impact is not fully understood. We have also covered the issue of micro plastics recently which is a separate concern. All these growing concerns now mean researchers are calling for policies to urgently limit people’s intake of ultra-processed foods. 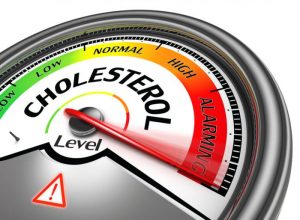 The Link between Ultra-Processed Foods and Cardiovascular Disease

The studies published last month in the BMJ looked at the relationship between ultra-processed food intake and risk of cardiovascular disease and other health issues. Cardiovascular disease (CVD) is of course a huge consideration in health terms, representing a third of all deaths globally and clearly the role of diet is highly influential. In the EU alone 56% of CVD deaths in men and 48% in women were attributable to dietary factors alone in 2015. Obviously overall the risk of CVD is multi-factorial and involves many risk factors. The main considerations are tobacco avoidance, a balance diet, avoiding excessive alcohol intake and regular physical activity. A balanced diet of course implies regular consumption of fruit, vegetables, fish, and whole grain foods, along with a restriction of sodium, saturated fats, and refined carbohydrates (I have discussed many of these factors in the last few months). Over the last few decades our shopping habits have changed, this is driven by convenience and ultra-processed foods present an easy option to time spent preparing a meal. According to nationwide food surveys assessing food intake, household expenses and supermarket sales (this was an overview of Europe, US, Canada, New Zealand, and Latin American) ultra-processed products represent between 25% and 60% of total daily energy intake. Between 1990 and 2010 the consumption of ultra-processed foods has almost tripled (from 11% to 32% of daily energy intake) according to an article published last year in the European Journal of Clinical Nutrition. These trends are triggering the recent interest in researchers to investigate the links between ultra-processed foods and health outcomes. 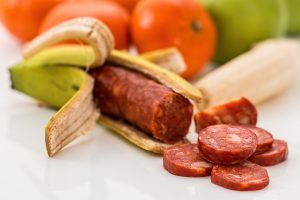 The researchers in the BMJ study were from the University of Paris and they gathered details on the diets and health of more than 105,000 people. In this large prospective cohort, they identified a clear increase in the risk of CVD associated with the proportion of ultra-processed food in the diet. The study was launched in 2009 and they then followed these people over five years and assessed their food intake. It appeared that those who consumed the most ultra-processed food were most at risk of stroke, heart attack and other cardiovascular problems. What was alarming was if the amount of ultra-processed food in the diet rose 10%, then the risk of the disease rose 12%!  Mathilde Touvier, a member of the French team, said there was enough evidence for public health authorities to apply a precautionary principle and advise people to cut down on ultra-processed foods. She said, “The public should avoid these foods as much as they can,” she said. “We need to go back to more basic diets.”  In addition to higher levels of CVD the authors also found statistically significant associations between a higher consumption of ultra-processed foods and an increased risk of cancer and irritable bowel syndrome. What did however appear to be a conundrum was that even when the poor nutritional value of ultra-processed food was considered, this did not clearly explain the increase in mortality rates. One suspicion was that they displace healthier, more nutritious foods, and that additives and perhaps contaminants from processing and packaging may play a role too. 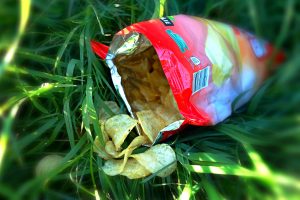 There is a Link with Higher Mortality Levels

For the second study, also published in May in the BMJ, a team at the University of Navarra in Pamplona monitored the eating habits and health of nearly 20,000 Spanish graduates from 1999 to 2014. How representative this young age group is when compared with general population is a possible weakness of this study but once factors such as age, sex, body mass index and whether people smoked were considered, there was a very clear trend that was hard to ignore. The top quarter consumers of ultra-processed foods – who had more than four servings a day – were 62% more likely to have died than those in the bottom quarter, who ate less than two portions a day. For each additional serving, the risk of death rose 18%. Maria Bes-Rastrollo, who led the Spanish study, said the fact that the death rate rose with increased consumption strongly suggested that ultra-processed foods were specifically to blame.

Another small study worth a mention also appeared last month in a different journal. This was published in the Journal Cell Metabolism and was titled ‘Ultra-processed diets cause excess calorie intake and weight gain’. This small-scale study of 20 adult volunteers, was conducted by researchers at NIH (National Institute of Heath) in the US. This represented the first randomised controlled trial examining the effects of ultra-processed foods. For the study, researchers admitted 20 healthy adult volunteers, 10 male and 10 females, for one month. They provided them with meals made up of ultra-processed foods or meals of minimally processed foods. For example, an ultra-processed breakfast consisted of a bagel with cream cheese and turkey bacon, while the unprocessed breakfast was oatmeal with bananas, walnuts, and skim milk. The ultra-processed and unprocessed meals had the same amounts of calories, sugars, fibre, fat, and carbohydrates, and participants could eat as much or as little as they wanted. The results clearly showed that people eating ultra-processed foods ate more calories and gained more weight than when they ate a minimally processed diet. The lead author Kevin D. Hall stated; “Though we examined a small group, results from this tightly controlled experiment showed a clear and consistent difference between the two diets. This is the first study to demonstrate causality — that ultra-processed foods cause people to eat too many calories and gain weight. We need to figure out what specific aspect of the ultra-processed foods affected people’s eating behaviour and led them to gain weight,”

All this indicates that it is a good idea for us to eat less ultra-processed food and more unprocessed or minimally processed food even if the mechanisms are not fully understood. Prof Corinna Hawkes, director of food policy at City University London and one of the lead researchers in the government-funded obesity policy research unit, said: “Governments must do more to comprehensively reduce the availability, affordability, and appeal of processed foods high in fats, sugars and salt. It is critical to pursue further research on the connection between food and health. There is a lot we do know but also a lot we have yet to learn. We need more and more studies to build up a bigger picture.”