This is my last piece on men’s health as Movember draws to a close. Clearly the first thing we think of in men’s health is probably prostate cancer because this organ is of course male specific. However, even similar organs in each gender can also follow a very different pathophysiology. Bladder cancer is one example we highlighted last week (men are three or four times more susceptible to this). There is also yet another organ that we all share, but which is twice as likely to affect men’s health. This is of course the heart. According to the British Heart Foundation, coronary heart disease (CHD) is the UK’s leading cause of death. Movember is not just about prostate cancer. Men are twice as likely to suffer from a heart attack! 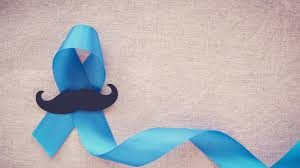 Movember; Coronary Heart Disease and the difference between Men and Women

CHD accounts for the deaths or nearly one in six men and one in ten women. Currently it is estimated that 2.3 million people live with CHD in the UK – over 1.4 million men and 850,000 women. Discrepancies between the genders becomes more polarised when you consider that 110,000 men and 65,000 women in the UK suffer a heart attack each year. Overall CHD is estimated to cost the EU economy €210 billion a year. Current estimates suggest that around 53% (€111 billion) is due to health care costs, 26% (€54 billion) to productivity losses and 21% (€45 billion) to the informal care of people with CHD. So, this is a huge issue and is easily forgotten and very relevant to men’s health status! A worthy candidate for consideration as part of Movember!

A women’s  heart may look the same, but there are significant differences. The first key difference is size. In the males, weight varies from 280 to 340 grams; in the female, from 230 to 280 grams. Women’s hearts beat faster compared to men. Ladies have a very different ECG (electrocardiogram) pattern compared to men. For example, the daily average heart rate for men is 70-72 while this rate is 78-82 in women. Despite the fact a women’s heart pumps faster, it ejects on average 10% less blood with each contraction. Given these differences it may seem surprising that coronary artery disease strikes men almost two decades earlier than it does women. The pathophysiology of heart disease in women, according to some studies, may also change when they reach menopause. 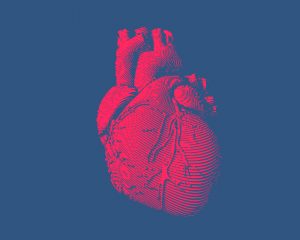 Movember; The Risk of Heart Attacks in Men

A recent study in 2016 published by the American Medical Association calculated that men overall have roughly twice the risk of a heart attack (also known as a myocardial infraction or MI) compared with women. The correlation it suggested persists throughout life but declines with age. This particular  study included nearly 34,000 people (about half of whom were women) in Norway who had a heart attack between 1979 and 2012. Researchers found that throughout life, men were about twice as likely as women to have an MI. What was very puzzling was that this higher risk persisted even after they accounted for traditional risk factors such as high cholesterol, high blood pressure, diabetes, body mass index, and physical activity. The difference in the prevalence of CHD in men is something that research is struggling to explain and Movember can help funds for research to help explain why.

Movember; Men do not Live as Long Women!

An investigation in 2015 released by the University of Southern California’s Department of Gerontology (gerontology is the study of biological ageing) also concluded that men are significantly more likely to die from CHD than women. It concluded that this fact alone appeared to be one of  the main reasons for the gender gap in mortality rates. The study consulted records as far back as the 19th century in 13 developed nations and concluded that men seem to possess hearts which simply appear to lack longevity when compared to females. Interestingly the study also looked at female longevity, given that it is popularly assumed than females live longer than males. As it transpires this is a relatively new demographic phenomenon that emerged among people born after the late 19th century. As technology and society progressed in the 20th century, and life expectancy steadily rose along with it, female life expectancy stretched several years above that of men.

For individuals born after 1880, the researchers found, female mortality rates decreased 70 per cent faster than those of males. Even considering smoking-related illnesses, the study concluded that the vast majority of deaths in men aged over 40 could be attributed specifically to cardiovascular disease. Professor of Gerontology Eileen Crimmins, who led the study, expressed her surprise at the findings. “We were surprised at the divergence in mortality between men and women,” she said. However, whilst women still typically outlive men by around half a decade in the UK, this gap appears to be closing.

According to researchers at Imperial College London, by 2030 men will be living 85.7 years on average – just two years fewer than women, effectively halving the current gap. The reasons for this convergence may be dietary, social or circumstantial – and there have been arguments put forward for a myriad of different explanations. Cholesterol levels for instance are an example and here women are at an advantage.

Higher levels of oestrogen in premenopausal women has been found to increase levels of high-density lipoproteins (a beneficial form of cholesterol), this could offer some protection against heart disease. However, females overall generally suffer from the same risk factors as men be it diabetes, high blood pressure and obesity so this seems somewhat incongruous. There are of course other factors such stress and anxiety. In a today’s world equality issues between genders are hopefully being addressed. More females are quite rightly winning high-level managerial and executive positions, and the military is home to a growing female presence, exposure to extreme-stress environments is a burden shared almost equally between the sexes. Could gender equalisation be the reason the gap is closing?

Is Stress a Key Factor?

Stress has a big influence on our health and interestingly it would appear that our sleep patterns are also very relevant. Research suggests that as a species nature intended us to sleep twice a day (biphasic sleep) and that a lunch time siesta for instance is a good idea (if only!). This is mirrored in some western societies. Traditionally there are many Latin and Mediterranean countries that still practice the habit of a lunch time siesta. Research has been undertaken in Costa Rica, Israel, and Greece by epidemiologists to examine the relationship why there is reduced incidence of cardiovascular disease in countries that practice the art of the afternoon siesta.

In 2007 Naska et al undertook a study published in the Archives of Internal medicine in Greece called ‘Siesta in Healthy Adults and Coronary Mortality in the General Population’. This study looked at 23,000 people of both sexes between 20-83 years old. At this point in time there was general shift in Greek culture and the ‘siesta’ culture was abandoned by many. Of those people in the study who abandoned the siesta as a routine, they went on to demonstrate a 37% increase in cardiovascular disease over the 6-year period. This effect was even more pronounced specifically in working men where the incidence rate increased to 60%. There is also some epidemiological evidence to suggest men in Greece (where the siesta is still practised) are four times more likely to reach their nineties than their American counterparts.

What is clear is that more work needs to be done. A colleague of Professor Crimmins at the University of Southern California, Caleb Finch, believes that further studies should “include analysis of diet and exercise activity differences between countries, deeper examination of genetics and biological vulnerability between sexes at the cell level.”