I wrote about diet and its correlation with bowel cancer last week for a purpose, as April is bowel cancer awareness month which promotes the importance of colon health. This is very topical as the BBC journalist and foreign correspondent Jeremy Bowen admitted he had received treatment for this disease last year. He said, ‘I had no symptoms – none of the classic bowel cancer symptoms. Nothing at all. But I thought I should get a test.’ His actions saved his life and, lets face it, not many of us are inclined to undertake such investigations due to sheer embarrassment.  Jeremy Bowen summarised this himself; “Things to do with your bowels and poo … are not things people normally want to talk about. But, it’s part of all our lives.” Screening for bowel cancer is currently a hot topic. In England, Wales and Northern Ireland, people between the ages of 60 and 75 are invited to be screened for bowel cancer every two years. In Scotland, however screening starts at age 50. Following recommendations from experts, NHS England and NHS Wales last year said they would start screening at the earlier age of 50. But, according to Bowel Cancer UK, a firm date for the change has not yet been set. The chief executive of the Bowel Cancer UK, Deborah Alsina, went on record as saying that Jeremy Bowen would have already been tested at least three times by the time he was diagnosed, if the standard screening age had been 50.

The Bacteria in our Colon; Our Biome

Colon health is heavily influence by all the bacteria that live there (or biome). The colon, as an organ, contains 100 billion microorganisms per gram (dry weight) and contains organisms belonging to over 30 identified genera and as many as 500 separate species. The relative proportions and profiles of all these microorganisms varies dramatically between individuals and even within the same person within the course of their lives. More specifically life events such as how we are borne (normal delivery or ‘C’ section) or illness or antibiotic treatments cause massive chaotic shifts in our biome. I have previously touched on this when I wrote an article last year on the latest research on probiotics. This research indicated that biomes vary so much from person to person that it is very unlikely that a ‘one size fits all’ approach (which probiotic supplements adopt) would be ineffective. 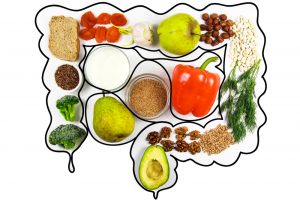 micro-RNA’s and How we Regulate our Colon Health

Research into our gut biomes is currently an area of intense scientific investigation because of its potential to influence colon health and disease. Understanding the key to how this happens is indeed complex, but  the rewards could be huge. A new piece of very interesting research has been published in January in the journal ‘Cell Host & Microbe’ (yes, there really is a magazine for everything!). This study reveals that mice and humans produce small molecules (called microRNAs) in their digestive systems. These help to regulate colon health, the composition of gut microbes and thereby protect against intestinal diseases such as colitis. One of the senior authors Howard Weiner said,‘Our study suggests that the ability of the host to control gut microbes will help in the prevention of diseases such as colitis and colorectal cancer. We are optimistic that it will one day be possible to harness this natural host defence mechanism by administering microRNAs as therapeutic compounds to improve health and treat disease.’

In this study, the researchers found that microRNAs produced by cells in the digestive systems of mice and humans enter bacteria, regulate the activity of bacterial genes, and shape the composition of gut microbes. The study determined that mice that were known to be deficient in gut microRNAs demonstrated an altered gut biome population profile and were more susceptible to colitis (or inflammation of the lining of the colon). But when the researchers transplanted gut microRNAs from normal mice into the microRNA-deficient mice, this both restored colon health and the normal composition of gut microbes and protected against colon damage. The researchers are further investigating the underlying molecular mechanisms, with the hope of eventually applying these findings to the clinic. 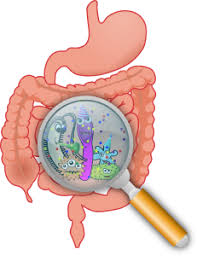 Incidentally, it might not sound very nice, but mice are actually very useful as they are biologically very similar to us. Most of the genes in mice share functions with the genes in humans. That means we develop in the same way and have the same kinds of organs (as well as similar circulatory, reproductive, digestive, hormonal and nervous systems). These similarities make it possible for scientists to study the physiology of mice to glean information about how human beings grow, develop diseases and age. Because mice also live short lives compared to us it’s also possible to learn about how chronic diseases progress over a lifetime, and about the processes of ageing. But back to the murky business of bowel health!

The Needle in a Haystack

One of the real issues with colon health is that our biomes are so vast, a complete understanding of the relationships and interactions of all the gut microbes that live in us is virtually unfathomable. Over the last decade, study after study has identified thousands of microbes living inside us. Many of these studies have speculated and catalogued observations of possible links between groups of microbes and the presence or absence of diseases such as diabetes, multiple sclerosis and inflammatory bowel disease. Yet, we have no idea of how the presence of specific microbes, or fluctuations in their numbers, generally or specifically affects our health. It remains unclear whether certain microbes are innocent bystanders, mere markers of disease, or whether they are active agents, causing harm or providing protection against certain ailments that help regulate colon health.

We are now possibly a little bit closer to understanding some of these relationships thanks to a study that was recently published in the ‘Nature’ journal in 2017. Nature is a British publication and is the world’s leading academic multidisciplinary scientific  journal and ranked the world’s most cited magazine. Dennis Kasper, Professor of Microbiology and Immunobiology at Harvard Medical School, a key author in this exciting study commented, ‘our approach can help scientists find the proverbial needles in a ‘haystack’ of thousands of microbes that are currently thought to modulate health. We need a system that reliably teases out causative relationships between gut bacteria and disease. We believe our method achieves that’.

I am afraid to say that this study also used poor little mice yet again in order to research colon health! The researchers started out with two different groups of mice. One group had been bred with human gut biomes (housing intestinal bacteria normally found in us). The other group had been bred with normal mouse biomes. When the animals were given a chemical compound that triggered intestinal inflammation, or colitis, mice that had human intestinal microbes were protected from the effects of the disease. Mice whose guts had typical mouse bacteria, however, developed severe symptoms (they did get better!).

Next, the researchers placed both groups of mice in the same living space. Even sharing living space for as briefly as one day led to noticeable changes in how the animals responded to disease. Mice that had been originally protected from colitis started showing more obvious signs of it, while colitis-prone mice grew increasingly resistant to the effects of the condition and developed milder symptoms. This proves the principle that exchange of intestinal bacteria through shared living space can lead to changes in the animals’ ability to cope with the disease and promote colon health.

The team began by analysing the intestinal makeup of each one of the mouse groups, comparing their microbial profiles before and after they shared a living space. They then looked  for microbes that were either scarce or abundant, depending on their symptoms! Only one such microbial group appeared to match the profile. This was a bacterial family known as Lachnospiraceae that comprises about 24 genera of bacteria. These bacteria are commonly found in human intestines. To further pinpoint the exact one organism within the Lachnospiraceae family that regulated a response to colitis, the researchers isolated each of these 24 different types one by one to see which one helped our colitis-prone mice. The only bacteria that protected colitis-prone animals from disease was a never-before-described microbe that was christened  Clostridium immunis. The isolation of this disease-modifying microbe makes a powerful case for testing it as therapy in people with inflammatory bowel disease. This study shows that it is possible to whittle down the list of possible microbial suspects to the level of individual species, this is critical in unmasking specific disease-modulating microbes.

About 2 per cent of a person’s body weight is due to bacteria and the intestinal microbiome is a major bacterial site and an essential contributor to human health. Imbalances in our gut microbiome can contribute to diseases. However, as many species of gut bacteria are extremely difficult to grow in the laboratory, there is a huge gap in our knowledge of them. Research in this field has expanded greatly in recent years with the intestinal microbiome being termed a ‘forgotten organ’, such is its importance to human health.