Today I am writing about antibiotic resistance.  If you are having a bad day, I must warn you this in not a happy read!! Since their discovery antibiotics have been one of the cornerstones of modern medicine. There is no doubt that they have saved millions of lives and many common diseases of poverty have become a thing of the past. This may change. Antibiotic resistance and the emergence of ‘superbugs’ is now widely viewed as one of our greatest challenges. An expanding list of common infections – such as pneumonia, tuberculosis, sepsis, gonorrhoea, and food-borne diseases – are becoming harder, and sometimes impossible, to treat as antibiotics become less effective. 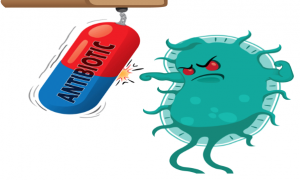 The Significance of Antibiotic Resistance

Tuberculosis (TB) for example was a common cause of death in Victorian times and was labelled as a ‘disease of poverty’. There is a very interesting article from the Guardian (26th September 2018) about antibiotic resistant tuberculosis in India where a quarter of the urban population live in slums where poor sanitation and ventilation in closely confined quarters are typical. According to World Health Organisation (WHO) statistics, a million children under the age of 15 suffer from TB worldwide and in 2017 TB alone caused 234,000 deaths (although many were untreated). For those children who are lucky enough to be treated the sheer cost of treatment itself (as illustrated in this article in the Guardian) is virtually cost prohibitive and can plunge families (who are poor anyway) into further debt. 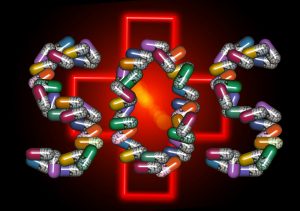 Many articles I read state that the two most serious threats to mankind this century are global warming and antibiotic resistance. There is perhaps a sense of irony that the macroscopic effects of global warming lie in stark contrast the near invisible microscopic world of bacteria. Chief Medical Officer for England, Prof Dame Sally Davies is on record as saying that we are “at risk of putting medicine back in the dark ages”. World Antibiotics Awareness week slipped by last November (12-18th) unnoticed. The main intent was to increase public awareness and encourage best practices among the public, health workers and policy makers.

A report by Public Health England suggests that 38% of us still expect to be prescribed antibiotics for a cough, flu, sore throat or sinus or chest infections. In many countries in Europe antibiotics can be bought without prescription. Cold and flu are of course caused by viruses which generally respond best to rest, and this  is specifically one of the most common misuses of antibiotics. The same report demonstrates that in 2013 there were 12,250 reported antibiotics resistant infections, this rose to 16,504 by 2017. The same report also estimates that if antibiotics progress to become ineffective potentially three million operations and cancer treatments performed each year in the UK could become life threatening. 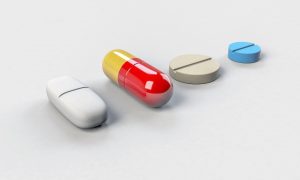 Other statistics from different sources also look bleak. One of the most common causes of death in this country is sepsis which is responsible for roughly 44,000 deaths each year and many of these are now directly related to antibiotic resistant infections. Sepsis is caused by the body’s own response (our immune system) to an infection that leads to organ damage and failure. Some of the estimates regarding the effect on public health worldwide are on biblical scales. The Organisation for Economic Co-operation and Development (OECD) is a group of 34 member countries that discuss and develop economic and social policy.  The OECD estimate that resistant infections could kill 2.4 million in Europe, North America and Australia by 2050 unless more is done.

Antibiotics have been used unwittingly over the centuries to treat infections and there is even evidence that early Egyptians pressed mouldy bread into wounds to combat infection. 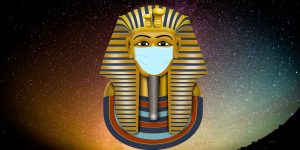 Officially it all began with Paul Ehrlich (a German physician) who synthesised an antimicrobial drug from clothes dye called Salvarsan and he referred to his discovery as ‘chemotherapy’. The actual term antibiotic was first used a microbiologist Selman Waksman thirty years later (he discovered twenty antibiotics in his lifetime). As most of us know all the glory goes to Alexander Fleming who accidentally discovered penicillin in 1928 which was shown to inhibit the growth of Staphylococcus even at very low concentrations (when diluted 800 times!!!). Following initial trials, the production of penicillin on an industrial scale began in earnest and by D-Day in 1944 it was widely applied to wounded soldiers both on the battlefield and hospitals and no doubt saved many lives. War on such scale had of course been witnessed before. It is worth mentioning that in World War One many thousands of soldiers died in the trenches of ‘gas gangrene’ caused by Clostridium Perfringens which exists in heavily fertilised soils. Most of these deaths would have preventable with antibiotics.

Ernst Chain and Howard Florey who both conducted the first clinical trials were awarded the Nobel Prize in Medicine with Alexander Fleming. In his acceptance speech Alexander Fleming warned of the dangers of antibiotic resistance. How prescient!! In 1959 a new antibiotic called Methicillin was invented in order to combat penicillin resistant Staphylococcus that had already emerged.

Antibiotics are very effective at killing most bacteria, but not all. Some survive and acquire genes that offer protection and resistance. As they reproduce these key genes are passed on. Over time antibiotics have been overused extensively and used even as a broad spectrum food additive in  animals feeds. Antibiotics were first introduced into animal feed in Europe in 1953 and ever since that have been used as growth promoters or used to prevent diseases in healthy animals. Antimicrobial resistant bacteria are now found everywhere. They exist in people, animals, food, or the environment (in water, soil and air) can easily be exchanged between environments for all sorts of reasons such as poor infection control, inadequate sanitary conditions and inappropriate food-handling.

The question is of course what can be done. Clearly there is a need for innovation and research. Since the invention of Daptomycin in 1987 there have no new antibiotics discovered for 30 years. Public awareness has grown.  In 2014 the British public (that’s is us!!) voted for antibiotic resistance to be the focus of £10 million Longitude Prize. The WHO has also launched new initiatives in order to provide technical assistance to countries to help evolve action plans and enhance their health and surveillance systems. 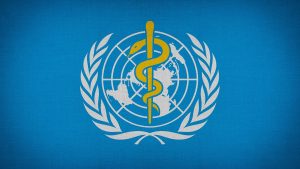 Apologies for the heavy use of scary acronyms in the following paragraphs!!!
WHO is working closely with the Food and Agriculture Organization of the United Nations (FAO) and the World Organisation for Animal Health (OIE) in a ‘One Health’ approach to promote best practices to avoid the emergence and spread of antibiotic resistance, including optimal use of antibiotics in both humans and animals. A political declaration endorsed by Heads of State at the United Nations General Assembly in New York in September 2016 signalled the world’s commitment to taking a broad, coordinated approach to address the root causes of antimicrobial resistance across multiple sectors, especially human health, animal health and agriculture. WHO is supporting Member States to develop national action plans on antimicrobial resistance, based on the global action plan.

There is also the Global Antibiotic Research and Development Partnership (GARDP). This is a joint initiative of WHO and Drugs for Neglected Diseases initiative (DNDi), GARDP encourages research and development through public-private partnerships. By 2023, the partnership aims to develop and deliver up to four new treatments, through improvement of existing antibiotics and acceleration of the entry of new antibiotic drugs.