The English theoretical physicist and cosmologist Stephen Hawking once said ‘we are just an advanced breed of monkeys on a minor planet of a very average star. But we can understand the Universe. That makes us something very special.’ Understanding the universe is no small task. This was fundamentally somewhat of a mystery until 1973 despite our best scientific endeavour. 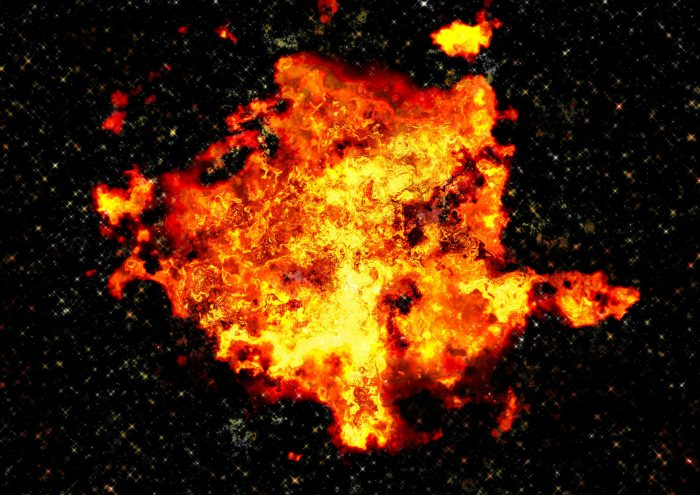 For scientists, up until this point, the big bang was theoretically an impossible event. This was because physicists believed (up to 1973) that for every particle of matter that exists there was a corresponding particle of antimatter.

The only problem with this theory is that when matter and antimatter interact, they destroy themselves. Herein lies the problem. The only thing left behind when this happens is radiation. This means, were this true, that the universe would be a big empty space and we, as an advanced breed of monkey on our minor planet, would not exist.

Fortunately, thanks to the Japanese physicist Toshide Maskawa (who died recently on 23rd July 2021) this theoretical problem was solved and suddenly the universe made much more sense following the publication of his findings in 1973 (with his co-author Kobayashi Makoto).

He deserves recognition (few of us know of him) because his discoveries were genuine game changers in the murky world of theoretical physics. His findings for instance led, amongst other discoveries, to the discovery of the Higgs boson particle at the Large Hadron Collider at CERN in Switzerland in 2012. Both he and his co-author Kobayashi Makoto deservedly won the Nobel Prize for physics in 2008. 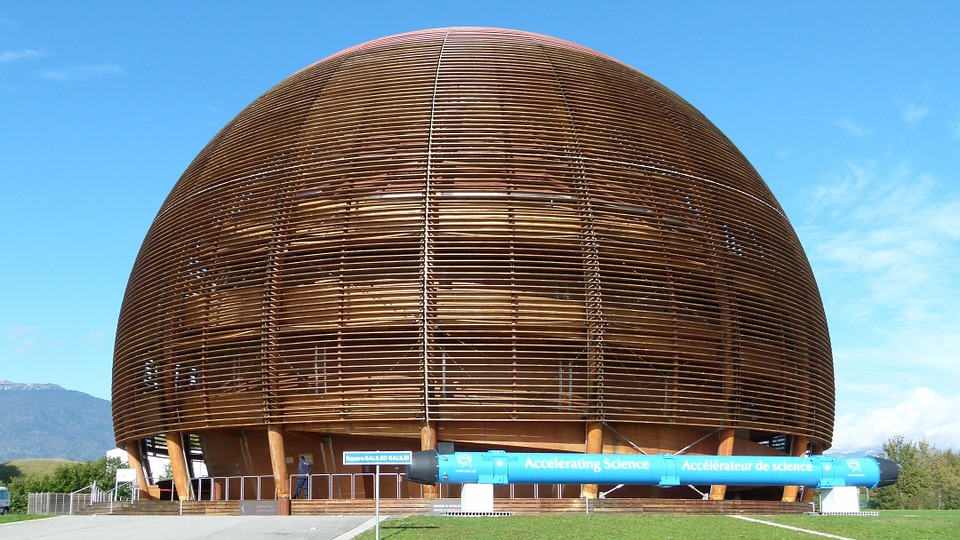 Science is a wonderful thing; perhaps it does set us apart, but it is also a double-edged sword. It has not always been used for the greater good. A defining moment occurred in 1945 when the first nuclear bomb was detonated as part of the Manhattan Project.

This was the first point in time when mankind could harness enough power to destroy itself.  Over the ensuing decades nuclear stockpiles became bigger and bigger and the phrase ‘nuclear deterrent’ became commonplace. Currently there are also other risks that we have created for ourselves such as nanotechnology.

However, one of the more serious threats is of course the risk of a bioengineered pandemic. After all, it is only just recently that American Intelligence agencies have concluded that COVID-19 was not bioengineered in a laboratory- such is the realistic significance of this threat.

On the other side of the coin we have depended on science to combat the COVID-19 pandemic. Science has enabled us to develop vaccines that so far continue to be effective. Unfortunately, there remains a risk of new variants that are capable of bypassing vaccine immunity. This may no longer be an issue thanks to a very exciting piece of research that has just been published on September 22nd, 2021, in the journal ‘Nature Communications’.

This body of work investigated the use of ‘nanobodies’ to counteract against infection from COVID-19. So, what are nanobodies?

Llamas, alpacas, camels and sharks have evolved to produce unique antibodies called ‘nanobodies’ in response to infection. These nanobodies are much smaller than typical antibodies. Their size means that they can penetrate cells much more easily and have access to discrete inaccessible targets that normal antibodies would find impossible to penetrate. Their size also means that they are more durable and more soluble.

The antibodies found in our blood, and in most vertebrates, are composed of four protein strands (two of these are known as heavy chain and two are light chain strands) that form a Y-shaped antibody. However, nature is always full of exceptions, and it just so happens that llamas, alpacas, camels and sharks have unusual antibodies.

These are comprised of only two chains of protein (they are missing the light chains) making them much smaller although roughly the same shape. These nanobodies, due to their size, interact with much smaller and more specific portions of their target compared to regular antibodies.

Nobody had any idea that llamas, alpacas, camels and sharks had their own variety of antibodies until 1989. This discovery only occurred serendipitously because of a student project at a university in Brussels. This research was eventually published in 1993 in the journal Nature and pointed out a key difference between nanobodies from camels and their full-size antibody counterparts. 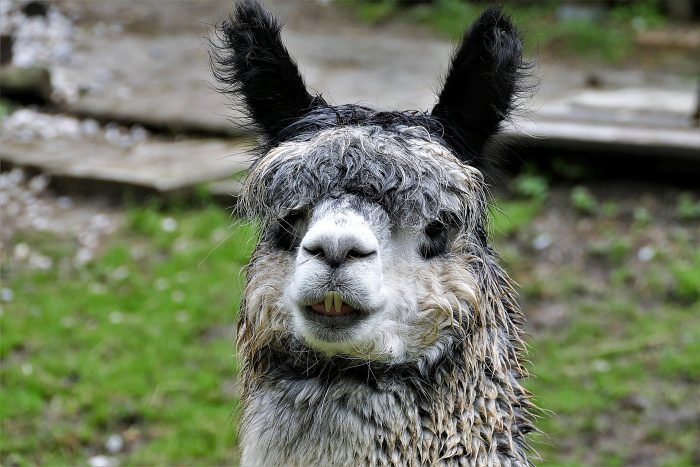 Since 2012 when nanobodies were fundamental in a piece of research which led to the Nobel Prize for Chemistry that year, there has been intense research in nanobody applications.

As it turns out nanobodies, specifically those from llamas, could also be a new frontline treatment against COVID-19. What is more, it could be applied using a simple nasal spray or nebuliser. This latest research comes from Reading University at the Rosalind Franklin Institute.

Essentially the researchers took a small blood sample and purified the nanobodies. What they did next was very clever. We mentioned earlier that nanobodies comprise two strands of protein. The researchers modified Fifi’s nanobodies, so they contained three strands (this is called a trimer).

Nanobody potency comes from the strength with which they bind to the virus particles. Like our own antibodies, virus-specific nanobodies latch on to and bind to viruses. This essentially tags an invading virus with an immune ‘red flag’, allowing the rest of our immune armoury to target it for destruction. The nanobodies used from Fifi the llama bind particularly tightly making them very effective. 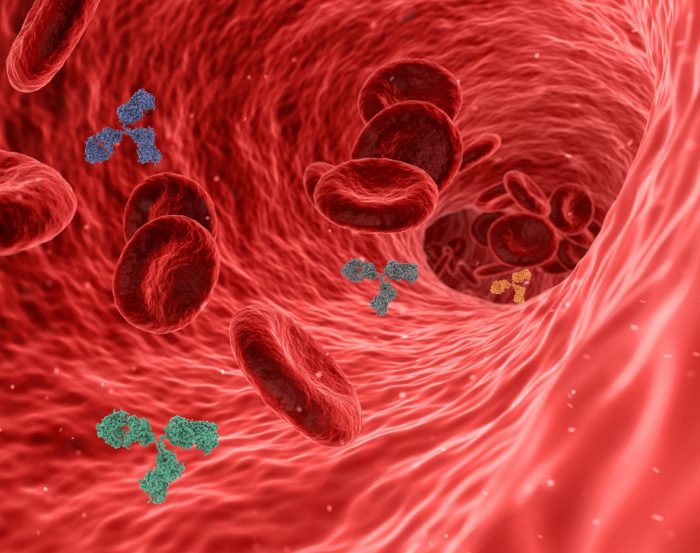 So far, the research has been piloted only in animal-based models but it does show significant promise. Public Health England has described the research as having ‘significant potential for both the prevention and treatment of COVID-19’, adding that the nanobodies ‘are among the most effective SARS-CoV-2 neutralising agents we have ever tested.’

Professor Ray Owens, head of protein production at the Rosalind Franklin Institute and lead author of the research said: ‘Nanobodies have a number of advantages over human antibodies. They are cheaper to produce and can be delivered directly to the airways through a nebuliser or nasal spray, so can be self-administered at home rather than needing an injection. This could have benefits in terms of ease of use by patients, but it also gets the treatment directly to the site of infection in the respiratory tract.’

The research team, which included scientists at the University of Liverpool, University of Oxford and Public Health England, now hope to obtain funding so they can conduct further research needed to prepare for clinical studies in humans.