I have several metaphorical anoraks and one of those is meteorology. I have always been fascinated by the weather and of course in the present it is important as our habitat is changing.  According to the Goddard Institute for Space Studies (or GISS which is part of NASA) the earth’s global average temperature in 2020, allied with 2016, was the warmest on record. GISS estimated that the year’s average temperature was 1.02o C above the baseline of a 1951-1980 mean.  Australians need no reminding. Their temperatures reached 48.9oC at the height of their summer on January 4th 2020 in Penrith, Sydney during their ‘Black Summer’ bushfire crisis. The picture below is a reminder of their experience. 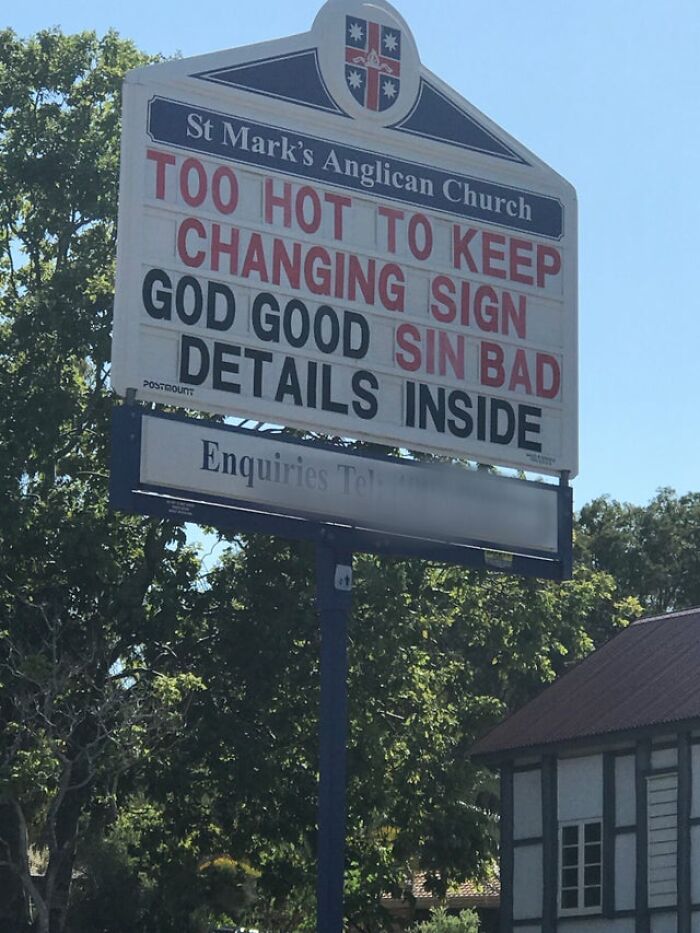 The Australian bushfires during the first half of 2020 consumed 46 million acres of land. This released smoke and particulate matter high into the atmosphere and in sufficient quantities to have a moderate cooling effect on global weather by blocking sunlight (or ultraviolet light). In total contrast the global pandemic led to widespread economic and industrial shutdowns leading to a reduction in emissions and pollution possibly allowing more sunlight to reach the earth’s surface. However, these small gains and losses do not override the fact that there was still a net increase in carbon dioxide year on year.

Just in case there is any margin for doubt a separate analysis undertaken by the National Oceanic and Atmospheric Administration (NOAA) in the U.S. also agreed (using a different baseline of 1901-2000) although they calculated a mean increase of 0.98oC.

While high temperatures make us a little lethargic apparently so do lockdowns. The pandemic has generated reams of data by our leading universities and many of us have had more time to participate. According to a study by UCL (University College London) which follows 70,000 people (now in its 40th week) fewer of us are taking exercise in this third lockdown. Lead researcher Dr Daisy Fancourt commented: ‘This hints that the novelty of increased free time that came with the first lockdown has worn thin among much of the population, with many turning towards television and gaming to fill their time.’

No kidding! Latest data from last week suggests we are all pretty fed up, with 40% of participants doing less exercise, 36% reducing their involvement with arts and crafts, 30% are less engaged with hobbies and 19% watched more TV or streamed more films (I have a patient who watched 73 episodes of Game of Thrones in two weeks) . The study did acknowledge that more people may also be working than during the first lockdown. Majority compliance is being reported by 97% of people while complete compliance (no bending of the rules) by 60% of people. 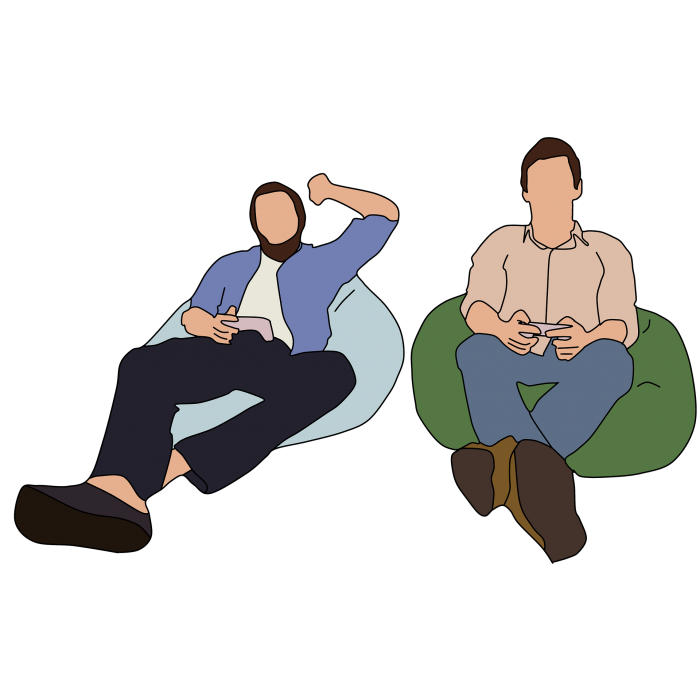 However, the current lockdown is also being perceived differently by people compared to the first lockdown that started back on 23rd March 2020. Just 25% of people are finding this lockdown like the first lockdown in terms of changes to their lives. The remainder are finding it different, ranging from 42% finding it a little different to 15% finding it very or completely different. Researchers say the overall trends suggest the levels of satisfaction with life have deteriorated in recent weeks. But this time the tide is beginning to turn with our vaccination programme, so hope is on the horizon.

As most of us know the government aims to offer vaccines to 15 million people aged 70 and over, healthcare workers and people required to shield by mid-February, and millions more people aged 50 and over and other priority groups by spring. This will represent 90-99% of those at risk of dying from COVID-19. At the time of writing nearly 8.5 million of us have now received a first dose of a vaccine, and more than 480,000 people have had a second. As a healthcare worker I have also been fortunate enough to be vaccinated, and I am currently enjoying the mild headache and sore arm that goes with it (apparently this lasts 24 hours).

This is a small price to pay. While things are progressing rapidly in the UK no country has matched Israel in what is the world’s fastest vaccination drive (it is progressing 10 times faster than the U.S). Israel is fast becoming something of an international test case for vaccination efficacy. With what is a small population, highly digitized health system, and quick, military-assisted vaccine rollout, Israel’s real-world data is an extremely useful addition to clinical trials that can be used by researchers, pharmaceutical companies and policymakers. It also gives us an idea of what we can expect. 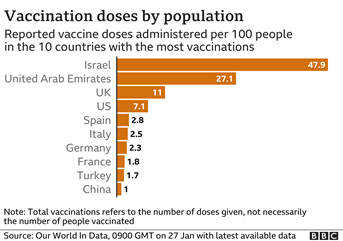 Israel, as mentioned, is a small country of 9 million people, yet it still managed to source its vaccines in the face of intense worldwide competition because, in an extremely astute move, it promised Pfizer that it would share all its data (for promotional purposes) as long as supplies were uninterrupted. Clearly Pfizer recognised the value of early data generated from a rapid vaccine rollout of a small country.

Hospitals all over Israel are currently monitoring antibody counts in its staff and they are also monitoring decreases in infections in those people who had their first or second doses of a vaccine in all age ranges. The statistics are beginning to be delivered in various reports. After starting with people aged 60 and above, health care workers and others at high risk, the country is currently offering vaccines to people over 40 and high school students aged 16 to 18 to allow them to get back to school. Just like us it is in its third lockdown and was in the throes of escalating infection rates because of new variants. 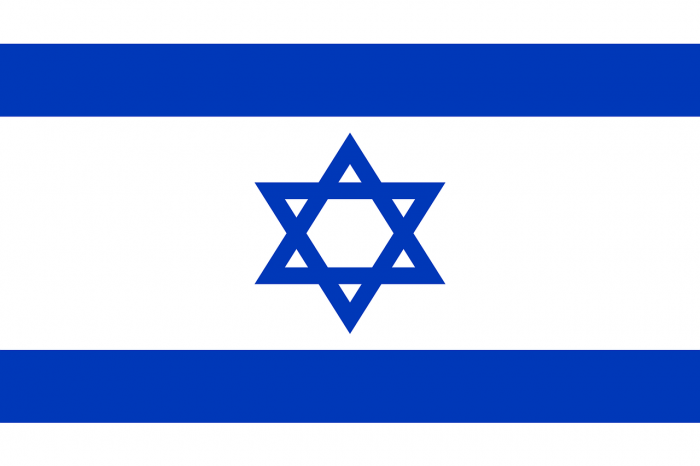 A preliminary report (from Clalit which is Israel’s largest healthcare provider) compared 200,000 people aged over 60 who received their first dose to a matched group of 200,000 who had not been vaccinated. Results showed that the people who had received their first shot were 33% less likely to be infected. Remember this is only the first dose. Other emerging data is more encouraging and more specific.

Another preliminary analysis was performed by Maccabi Healthcare Services which is one of the other four healthcare organizations in Israel. According to this data set the decrease in hospital admissions appeared to be swift after vaccination and hospitalisations started to fall sharply from Day 18 after people received a first dose.

By Day 23, which, according to the study was 2 days after a second dose, there was a 60% drop in hospitalizations among vaccinated people aged 60-plus. The recommended gap between vaccine doses is 21 days which is why the 12-week gap in the UK is controversial. This data set followed 50,777 patients.  Apparently according to the study until Day 13, vaccinated over-60s had similar infection rates as the overall 60-plus population presumably because it takes time for immunity to develop.

The Israeli Health Ministry combined with Maccabi Healthcare Services in yet another study. This released data on people who had received both doses of the vaccine. Of 428,000 Israelis who had received their second dose, only 63 (or 0.014%) became infected with COVID-19. In a separate data set from Maccabi Healthcare Services it was also shown that at a week after receiving the second vaccine dose 20 of approximately 128,600 people (or 0.01%) contracted COVID-19. What is interesting is that according to the clinical trials undertaken by Pfizer the vaccine proved 95% effective after two doses in preventing infection. As such the Israeli results, which have not been peer reviewed, suggest efficacy could be even higher.