Our gut bacteria can either be potentially beneficial or detrimental or even benign. I have written about how some bacteria can either promote colon health (probiotics) or how others can generate diseases such as bowel cancer or colitis. However new research even suggests they can now also influence our mental state. This has led to the evolution of a new term called ‘psychobiotics’ (nothing to do with a robotic version  of Jack Nicholson in ‘The Shinning’)  which describes supplements that could specifically be designed to influence the profile of our gut flora with aim of modifying our mood and outlook. The colon (or gut) , as an organ, contains 100 billion bacteria per gram (dry weight) and contains as many as 500 separate different species. In fact, collectively all the bacteria in our gut (known as our  biome) represent about 2% of our total body weight. Strange as it may sound, we have ten times more bacteria living inside us than we do cells!

Furthermore, some researchers view all these bacteria as our second genome (or set of genes), as they contain 100 times the number of genes of the entire human genome. So, it would seem in terms of our own physiology we are heavily outnumbered. Therefore, it would not be unreasonable to assume that as they share our journey through live, they might also influence not only our health status but possibly even our mental health.

The Importance of Our Gut Bacteria

We gather these bacteria in our early postnatal life. They establish as residents (or symbionts) in the ideal conditions presented by the mucosal gut lining. At this point they become intimate friends for life and this symbiotic relationship has advantages. Scientific investigation has proven  that they have a major influence on the development of our immune system. They clearly aid in the digestion of our food.

They also critically act as a barrier to pathogens (unwanted bacteria that cause disease) by blocking attachment to their potential binding sites on our gut wall, which is the first step of bacterial pathogenicity.

Many species of gut bacteria that live happily in our gut are extremely difficult to grow in the laboratory, there is a huge gap in our knowledge. Research in this field has expanded greatly in recent years with the intestinal biome being termed a ‘forgotten organ’, such is its potential importance to our health.

One rapidly emerging area of research has even begun to reveal a link between how  bacteria in our colon can influence our mood. This has become an intense area of recent research.

Our Gut Biome and Psychobiotics

In fact, this expanding  area of research has even coined a new term. The term ‘psychobiotics’ now refers to treatments for mental and neurological conditions that act via the gut biome. Specifically, these could be probiotics, prebiotics, a combination of the two (synbiotics) or other food/supplements that impact on the gut and subsequently the brain.

While psychobiotics show great promise for the future of mental health treatment, most of the studies are still currently in animal models. Before being able to recommend psychobiotics in humans, gold-standard randomised controlled trials, are needed.

One of leading research facilities is called the Food and Mood Centre which is based in Australia. The centre is currently undertaking a trial aptly called ‘Gut Feelings’ in collaboration with colleagues at the University of Melbourne. This is a randomised controlled trial using three different psychobiotics: probiotic supplements (which I have written about before), prebiotic foods, and a combination of the two (synbiotics).

Participants with low mood are being randomised to either placebo or one of these three treatments for 8 weeks. Their mood, stress, quality of life, physical activity, bowel health and biome will be measured at the start and end of the study.

The aim of the study is monitoring the status of participants once the interventions have finished, 20 weeks after the start of the study. The study will evaluate the efficacy of these treatments for improving low mood and will be take a close look at the response of the gut biome. I look forward to seeing the results.

Where do our Gut Feelings Come From?

This new expanding area of scientific inquiry has begun to illustrate that our digestive system  has a huge network of diverse metabolic, hormonal, immunological interactions, and relationships. This expansive network  it would seem has a complicated two-way relationship with the emotional parts of our brain.

We all feel these relationships quite literally when we have visceral sensations that bubble to the surface  when we have what we call a ‘gut reaction’ or ‘gut feeling’. The basics of this innate instinct are now beginning to be understood although currently there are many more questions than answers. The origins of these instincts and powerful emotional drivers as it turns out  are not just  metaphorical in nature. They really do come from the gut.

A study published in 2018 in the journal ‘Physiology’ from Florida State University suggested a framework for how all these events occur. The authors of the study comment that the gut has a ‘powerful influence on emotions, mood and decisions’ often in response to worrisome or threatening stimuli and events.

This study suggested that ‘GI (or gastrointestinal ) sensory feedback to the brain provides the neural basis for so-called “gut feelings,” which shape the subconscious emotional responses of humans and other animals to the daily threats and opportunities that drive motivated behaviour’. This 2018 study suggested that these signals from our gut can work as a red flag that stops us making mistakes. 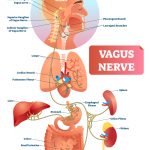 The gut and brain are constantly communicating  a large volume of information via a nerve called the vagus nerve. The vagus nerve oversees a vast array of crucial bodily functions, including control of mood, immune response, digestion, and heart rate. It connects with all our internal organs. It also establishes one of the connections between the brain and our gut.

This probably makes sense, as the surface area of our digestive tracts is more than 100 times greater than the surface of our skin. Put another way it represents the principal body surface interface for our environmental interactions. Indeed, the scope and complexity of gut-brain signalling pathways far exceed those related to the skin and other organ system. The gut is a complex two-way network that sends more signals to the brain than any other system in the body.

The key question in all this is how can gut bacteria communicate with your brain?

How does our Gut Communicate with Our Brain?

The first clue came in the early 2000s when it was discovered that bacteria in our gut can produce most neurotransmitters already found in the human brain: this even included serotonin and dopamine which are key in influencing our moods.

The main issue at this point was that no one quite understood how this could affect brain activity. Effectively the brain has its own barrier called the ‘blood-brain barrier’ which stops certain molecules from crossing, including neurotransmitters so any connection would seem unlikely .

Eventually in 2017 a breakthrough occurred when specialised cells in our gut lining were discovered called enterochromaffin cells. These cells detect neurotransmitters produced by bacteria in the gut, they then trigger a pulse in the vagus nerve, which connects to the brain.

There is even some evidence that suggests that communication between gut bacteria and the brain may even affect the brain’s development. The brain is obviously comprised of structures with highly specialised functions. Those involved with stress and mood include the amygdala, prefrontal cortex, hippocampus, and hypothalamus. 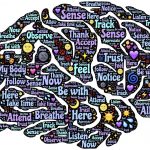 They are connected by a huge array of axons from neurons that run intricately throughout the brain in a complex pattern that is unique to each of us. This pattern starts forming in the uterus and continues in earnest during the first three years of a baby’s life. Amazingly, it has been proved that gut bacteria can influence this development. Mice born in aseptic conditions (i.e. who do not have normal gut bacteria) show abnormal development in their amygdala, hippocampus, and prefrontal cortex.

Evidence of How Psychobiotics Influence Our Mood

The precise detail of how bacteria influence our mood are at present unknown, but links have been discovered between our gut bacteria and how we process emotions. In 2017, one study from the University of California, examined the gut bacteria of 40 females. They found the volunteers could be divided into two groups: those with lots of bacteria from the genus Prevotella and those with lots from the genus Bacteroides. 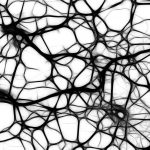 The researchers then used functional MRI scans to look at activity in specific parts of their brains while they viewed emotionally disturbing images (doesn’t sound great!). Each group had distinct brain activity, which was different enough to indicate which group an individual belonged to with an accuracy of 87 per cent. In particular, the group with plenty of Prevotella bacteria had less activity in the hippocampus. Less activity in the hippocampus  is also found in people with depression.

At the moment this is such a hot topic it can surely only be a matter of time before psychobiotics offer an alternative treatment for people diagnosed with a variety of mood disorders. Instead of targeting the head, gut bacteria could be targeted which quite literally turns things upside down!!