This week I am writing an article on obesity, our well-being and our relationship with food. Ironically when out on my road bike the other day in a conspicuous display of health, as the hills and the twists and turns of the Derbyshire Dales rolled by, I gently mused over how to begin this article and it gradually wrote itself. Our relationship with food is indeed quite complex. We are constantly repeatedly manipulated by advertising, some of which is unforgettable.

We can all think of several examples I am sure. “Do you love anyone enough to give them your last Rolo?” After 20 years as a slogan Nestle axed this strap line in 2003 because it was regarded as too sentimental. However, its popularity has lingered long enough for 18% of readers of the ‘Marketing Magazine’ to vote it their favourite in 2013! Meanwhile KitKat’s reinforced ownership of key snacking occasions – “Take a break with KitKat”– offers us a fresh reason to buy the brand for just such occasions (ironically another Nestle product). Advertising is also very carefully positioned.

At half time during football matches on television we are urged to order a Domino’s pizza and we don’t we even have to get off the sofa. This is made possible by the growing number of online delivery businesses such as Deliveroo or supermarkets that have a delivery service (remember “Freshly clicked” by Tesco). It is no coincidence Deliveroo, was the UK’s fastest growing company in 2018 boasting an incredible growth rate of 107,000% over four years (Yes! That is over a thousand percent). All delivered food is of course energy dense, calorific and often highly processed.

Obesity; Lack of Exercise is a Key Contributor

Exercise means we expend calories, but it would appear we are doing less and less. In the UK, according to NHS statistics most of us walk between 3000-4000 steps a day. Even this may be slightly optimistic, as according to research published by Cancer Research UK in 2017 a poll of 2,198 adults reported that 52% of adults in the UK walk about 2000 steps (or a mile) in a day and 17% said they walked less than 500 steps or a quarter of a mile.

Is any wonder our trousers are feeling a little bit tight! The shear abundance and range of foods that we now have on offer is something that only one or two generations ago would have appeared unbelievable. In the age of the low cost discounter food is cheap as well. So where is all this taking us? The WHO estimates that more than 1.9 billion adults and 41 million children globally under the age of five are overweight or obese. How do we compare in the UK? 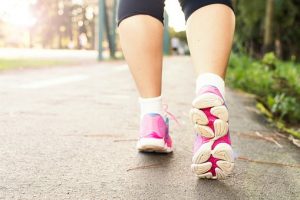 Heart and Circulatory Disease is Climbing in the UK

Sadly, we are not fairing quite so well, our obesity crisis in the UK is such that we are now the most obese nation in western Europe. The latest annual report published by the NHS in May called “Statistics on Obesity, Physical Activity and Diet 2019” outlines some alarming facts. Data from the report showed that 29 per cent of adults are now obese and more than a fifth of men and women are physically inactive. Similarly, only 20 per cent of boys and 14 per cent of girls meet the Government’s guidelines for an hour’s exercise a day. You may not realise but, in the UK, we have seen a huge decline in death rates for heart and circulatory disease since 1971 but this appears to be slowly reversing.

Simon Gillespie, chief executive of the British Heart Foundation recently said: “In the UK we’ve made phenomenal progress in reducing the number of people that die of heart attacks or stroke. But we’re seeing more people die each year from heart and circulatory diseases. We are deeply concerned by this reversal. Heart and circulatory diseases remain a leading cause of death in the UK, with millions at risk because of conditions like high blood pressure and diabetes.” Allied to this is the fact that obesity is set to trigger a massive rise in weight-related cancers. On current trends weight-related cases will rise 62 per cent over the next decade.

Obesity Admissions are Climbing in the UK

In response to the 2019 NHS report mentioned above, then public health minister Seema Kennedy (she only held the position from April to July) said: “This data shines a light on the devastating consequences of obesity – both for individuals and for the NHS.” In 2017/18, approximately 711,000 hospital admissions in England had obesity recorded as the first or second reason for admission, up from 617,000 the year before. These figures imply a 15 per cent increase in the number of hospital admissions where obesity is the main or secondary reason. The peak age for being admitted for obesity was 45 to 54, before declining among older age groups.

The report showed that the national admission rate where obesity was a factor was 1,323 per 100,000 population. Nottingham and The Wirral were found to have much higher rates than the national average, with more than 3,000 per 100,000 population. In contrast, Wokingham, Reading, West Berkshire and Richmond-upon-Thames all recorded admission rates below 500.

So, what can we do about all this? In many countries such as the US, sugar intake is mostly from drinks, but in the UK we love our sweets and cakes. Many drinks companies have cut sugar from their products or use sweeteners instead, but that sort of reformulation is much harder in foods that need sugar for other reasons, such as to raise cakes or provide texture. Low-sugar confectionery is particularly unlikely to be popular!  Latest research suggests that for all income groups combined, increasing the price of biscuits, cakes, chocolates and sweets by 20% would reduce annual average energy intake by about 8,900 calories, leading to an average weight loss of 1.3kg over one year.

The effect would be greater among the lowest income families, where obesity levels are highest leading some critics to call it a regressive tax that would hit the poorest. Fiona Sing of the World Cancer Research Fund said: “The idea of a ‘snack tax’ is very interesting and could be the start of some exciting developments in nutrition and health policy. There is already clear evidence from around the world that taxes are effective.” 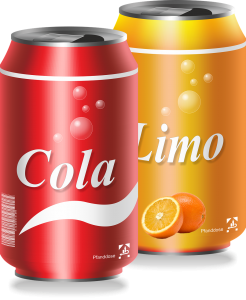 We all have our personal relationship with food, relative to where our preferences lie and how much we eat and what we eat. George Bernard Shaw famously said, “There is no love sincerer than the love of food.” Most of us probably don’t think about portion size when we eat – it typically depends on what we would usually have, how hungry we feel and how much is in a pack or on our plate. For me, having studied nutrition I look at it very simply. An average woman needs to eat about 2000 calories per day to maintain, and 1500 calories to lose one pound of weight per week. An average man needs 2500 calories to maintain, and 2000 to lose one pound of weight per week.