Last October I wrote about the Nobel Prizes. As part of the 2020 awards Emmanuelle Charpentier and Jennifer Doudna each received the Nobel Prize in Chemistry. Their pioneering work led to development of a technique called CRISPR (pronounced ‘crisper’). The expanded acronym (which is better off remaining as such) stands for ‘clustered regularly interspaced short palindromic repeats.’ CRISPR has become the ‘go to’ gene editing tool because it is simple, cheap, yet precise and powerful.

As an application it is still in its early stages of use, but it is now becoming widely used in many scientific fields such as human biology, agriculture and microbiology. Gene editing is a technology that has the capability to transform and revolutionise the societies we live in and the organisms that live alongside us. However, all this comes bundled with a host of fundamental ethical concerns as we manipulate the laws of nature and genetic inheritance. The real question that regulators and researchers must ask themselves, is that now we have the capability, how is it best applied?

Back in October I wrote about mitigating the effects of climate change and altering the colour of heat stressed dairy cows in New Zealand. Some applications could even involve the resurrection of extinct species although one must wonder what purpose that would serve other than to demonstrate the science itself (shades of ‘Jurassic Park’). 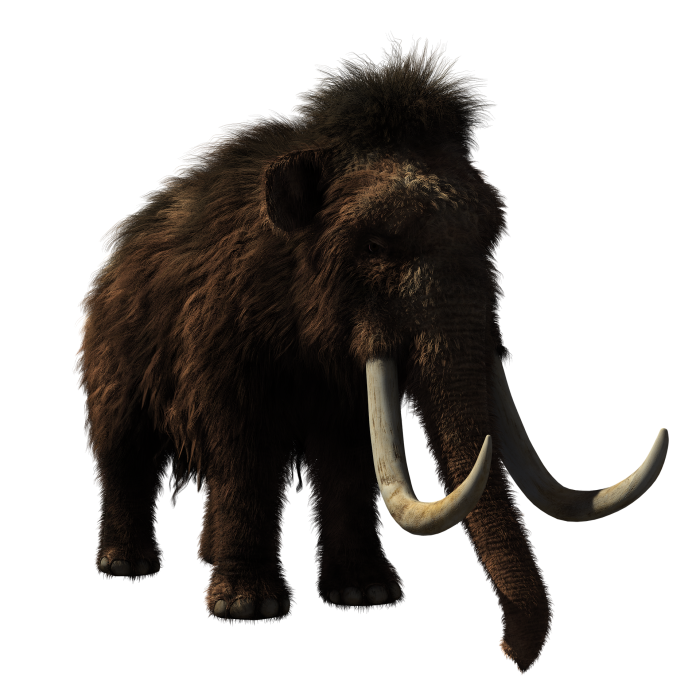 The Controversy of Using Gene Editing

CRISPR could be used for much more vital purposes such as resolving genetic errors. This is however a controversial topic. The Federal Drug Administration (or FDA) in the U.S. does not sanction the use of any public funding for genetic studies that leads to gene alteration with a subsequent potential of inheritance.

In Canada, the situation is more explicit, as undertaking research with CRISPR is considered a criminal offence that results in a prison sentence or a $500,000 fine. Absurdly, and in stark contrast, in China genetic editing research is relatively unhindered by legislation.

Meanwhile back home in the UK such matters are governed by the HFEA (Human Fertilization and Embryology Authority). In the UK it is illegal to alter the genomes of human embryos used to conceive a child. Despite this the HFEA granted permission in 2016 for the editing of human embryos at the Francis Crick Institute in London (embryos from the studies were destroyed after 7 days of development). In general this represented the world’s first endorsement of such research by a national regulatory authority. 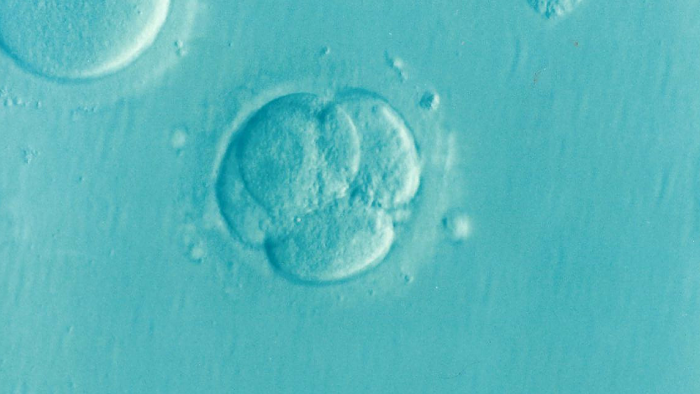 In 2017 an exemption was also given by the FDA to Oregon Health and Science University to delete genes in human embryos that caused Hypertrophic Cardiomyopathy (HCM). This condition is caused by defective genes that cause heart tissue to stiffen.

The study used 54 embryos with the genetic defect, each of which was injected with CRISPR. The results were encouraging as 18 hours later 36 of the embryos were defect free and 13 were almost free of mutation. This study proved that at early stages of life it is possible to reduce the burden of heritable disease. The co-authors of this study were also interested in future studies involving the BRCA1 and 2 genes (or breast cancer genes which have also been linked to prostate cancer).

Can Gene Editing be Used to control Chronic Pain?

This brings us on to another exciting study that has just been published on March 10th on chronic pain in the journal Science Translational Medicine (this publication focuses on human disease). Chronic pain and the controversial use of opioids is something I also covered last year in September.  As a brief recap opioid usage is a hot topic even though it is currently part of standard care for chronic pain. Opioids are controversial. 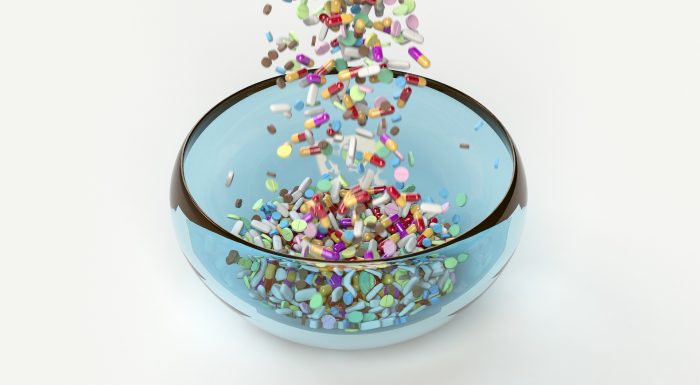 Overdoses involving opioids contributed to over two thirds (67.8%) of all overdose deaths in the U.S. in 2017 alone (47,600 deaths in total). This figure rose to 71,000 in 2019. The NHS Business Services Authority estimates that 12.8% of the adult population in England were prescribed opioids in 2017/18. According to the Office of National Statistics (ONS) there is an underlying pattern of increasing deaths in the UK in which an opioid pain medicine (OPM), especially tramadol, is mentioned as present on the death certificate. Just imagine if we switch a gene off which is key to pain generation instead.

Gene therapy for chronic pain could offer huge benefits and potential because it would deliver a safer, non-addictive alternative to opioids. Remarkably this now appears to be theoretically possible (at least in animal-based models). Researchers at the University of California San Diego have developed a novel gene therapy system, which works by temporarily repressing a gene involved in sensing pain. Their methods increased pain tolerance in mice, lowered their sensitivity to pain and provided months of pain relief without causing sensory deficits.

This concept was originally devised when lead researcher Ana Moreno was a Ph.D student at the University of California San Diego. She was a student in a laboratory run by a bioengineering professor called Prashant Mali. He had been investigating the possibility of applying CRISPR-based gene therapy approaches to both rare and common human diseases.

While she was there she discovered a research paper about a genetic mutation that causes humans to feel no pain. This specific mutation inactivates a protein (called NaV1.7) in pain-transmitting neurons in the spinal cord. NaV1.7 is encoded by a gene called SCN9A and it is expressed in two types of neurons that are essential to our pain pathways. These neurons are nociceptive (or pain) neurons and neurons in our autonomic (or involuntary) nervous systems. 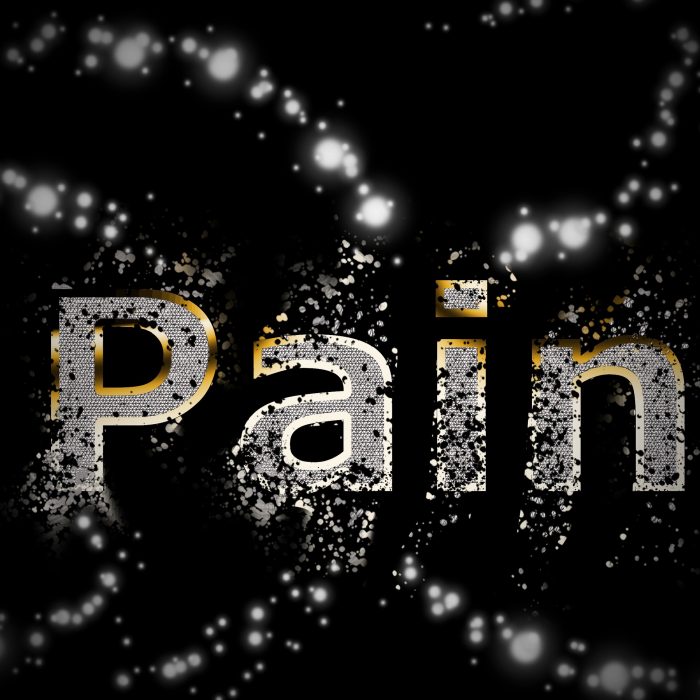 If you lack the protein NaV1.7, sensations like touching something hot or sharp will not register, but contrastingly if you have a gene mutation that leads to overexpression of NaV1.7 you may feel excessive pain. Ana Moreno herself summarises; ‘By targeting this gene, we could alter the pain phenotype (or trait). What’s also cool is that this gene is only involved in pain. There aren’t any severe side effects observed with this mutation.’

There is a version of CRISPR that uses what is called ‘dead’ Cas9, which lacks the ability to cut DNA. To remind you Cas9 enzyme is fundamental to CRISPR and how it works. The Cas9 enzyme is programmed to find and bind to almost any desired target sequence in a piece of DNA, simply by giving it a piece of RNA to guide it in its search.

When the Cas9 enzyme binds to a piece of guide RNA and is introduced into a cell, the Cas9 protein connects with the guide RNA and then moves along the strands of DNA until it finds and binds to a sequence that exactly matches part of the guide RNA sequence. That is remarkable, given that the DNA packed into each of our cells has 20,000 genes.  ‘Dead’ Cas9 does not cut the DNA but instead, it sticks to a gene target and blocks its expression.

This study saw an opportunity to use this approach to repress the gene that codes for NaV1.7. This has advantages because it does not involve the cutting of any genes from DNA so there are no long-lasting changes to genomes and hence no permanent loss of ability to feel pain. In other words, it is reversible. In fact, the same approach could also be used for a wide range of other conditions and common diseases. If gene expression can be moderated, it can be manipulated to a point that it is not pathogenic. This approach could be highly effective for moderating pain perception.

In our study the researchers engineered a CRISPR/’dead’ Cas9 system to target and repress the gene that codes for NaV1.7. They used the system on mice to demonstrate the effect on pain tolerance. The injected mice displayed higher pain thresholds than mice that did not receive the gene therapy; they were slower to withdraw a paw from painful stimuli (heat, cold or pressure) and spent less time licking or shaking it after being hurt (remember this was reversible!).

The treatments were still effective over time although the length of duration is still being tested. The treated mice did not lose sensitivity or display any changes in normal motor function. To check their results, they also used another gene editing tool (called ‘zinc protein fingers’) which worked in a very different way to CRISPR and this also confirmed the results. 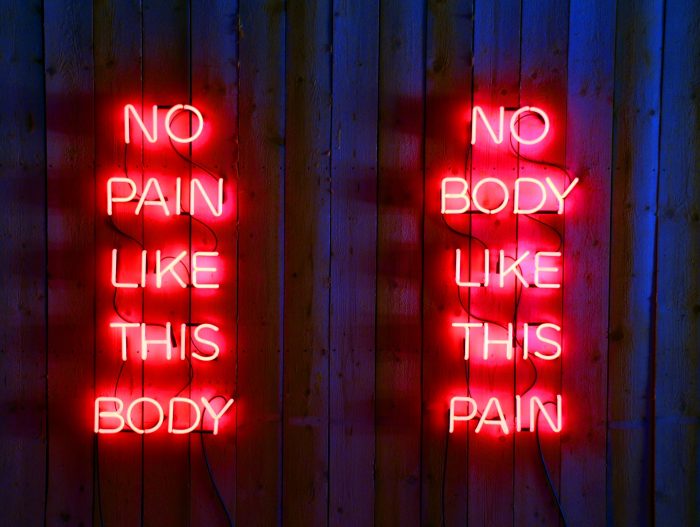 In theory this approach could work for many chronic pain conditions such as diabetic polyneuropathy, erythromelalgia, sciatica and osteoarthritis. It could also provide relief for patients undergoing chemotherapy. Significantly due to its non-permanent effects, this therapeutic platform could also address a poorly met need for a large population of patients with long-lasting conditions. This CRISPR/dead Cas9 approach offers this population an alternative therapeutic intervention – it could be a major step in the field of pain management.