Last month’s National Arthritis week (October 3rd-7th)  was another event that passed by under the limelight of COVID-19. Bone diseases have always existed as long as animals of any form have roamed this earth. In fact, a very recent discovery this year suggests that even a titanosaur, one of the largest ever animals (46 feet tall), that lived 83 million years ago was humbled by bone disease.

That is not good news for the titanosaur because at the time it had about as much chance of getting a GP’s appointment as we currently do in lockdown and it certainly would have no idea how to organise a video consultation (screen height would have been a problem never mind the keyboard). 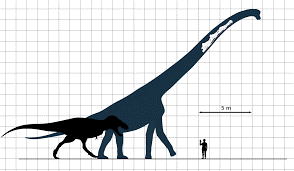 Unfortunately for our titanosaur palaeontologists from the Federal University of Rio Grande do Norte in Brazil found spongy bumps on its bones and discovered that they were probably due to an aggressive form of osteomyelitis. This certainly would have made it very infirm. Last year I also commented on the discovery that palaeontologists had also found evidence of gout in Tyrannosaurus Rex bones. This conjures up the possible scenario of our stricken apex predator the T. Rex being caught in the middle of a slow speed pursuit with our equally diminished titanosaur, both hobbling across some ancient landscape.

The Benefits of mRNA Vaccines

I thought this week it would be a good idea to describe exactly what messenger RNA (mRNA) vaccines are. They represent recent novel cutting-edge technology which may lead us all to feel a little apprehensive. These vaccines have been developed in just 8 months and will shortly be approved. Many traditional vaccines hitherto have taken years to both develop and approve.

An example is the Ebola vaccine rVSV-ZEBOV developed by Merck which was passed in December 2019. This was in response to the most serious outbreak in West Africa in 2014. mRNA  technology meanwhile offers the capability to deliver vaccines in a matter of months. Anna Blakney, a Research Fellow at Imperial College London comments; ‘Part of the reason why the results from Pfizer are so exciting is that nobody has ever shown in humans that an mRNA vaccine can be effective. I think it will change the way we make a lot of vaccines.’ 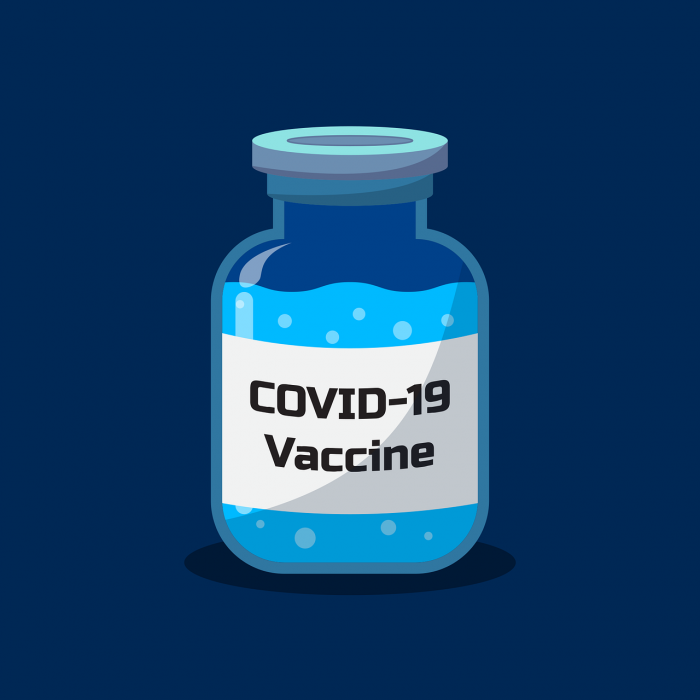 mRNA vaccines are set to become a reality. Pfizer and its partner BioNTech are in the process of filing for emergency authorisation from the FDA in the US for their  BNT162b2 vaccine as we speak. This comes in the wake of the US reporting 2,000 deaths in a single day, a figure not witnessed since June. Closer to home the European Commission president Ursula von der Leyen also commented that the EU could press for use of the vaccine by the end of the year. The UK has pre-ordered 40 million doses and should get 10 million by the end of the year. So, this mRNA vaccine will be shortly on our doorstep.

In addition to the Pfizer mRNA vaccine is the Moderna vaccine (mRNA-1273) which has been reported to be 95 % effective. Matt Hancock announced last week that the UK has also just secured 5 million doses of this vaccine. There are also three other mRNA vaccines in human trials, and their prospects also look good as they apply the same underlying principle as the Pfizer and Moderna vaccines.

There are also five DNA vaccines in human trials. Here, the virus spike protein gene is delivered in the form of DNA rather than mRNA. However, special equipment and training is needed to dose people with DNA vaccines, unlike with mRNA vaccines.

Since the 18th century vaccines have been developed to prevent and eliminate the spread of infectious diseases. They form the foundation of global public health programmes and have major socioeconomic benefits.  Our current requirement for rapid vaccine development in response to COVID-19 has become devastatingly clear with the current pandemic.

A major limitation of traditional live-attenuated or inactivated vaccine manufacturing is the necessity for complex manufacturing processes such as intricate cell culture technologies (flu vaccines for instance are cultured in egg yolk). These need dedicated facilities to produce individual vaccines and lengthy safety assessments to exclude risks posed by biological contaminants. This all takes additional time which, when the clock is ticking, and days are measured in increasing mortality rates, is precious time. 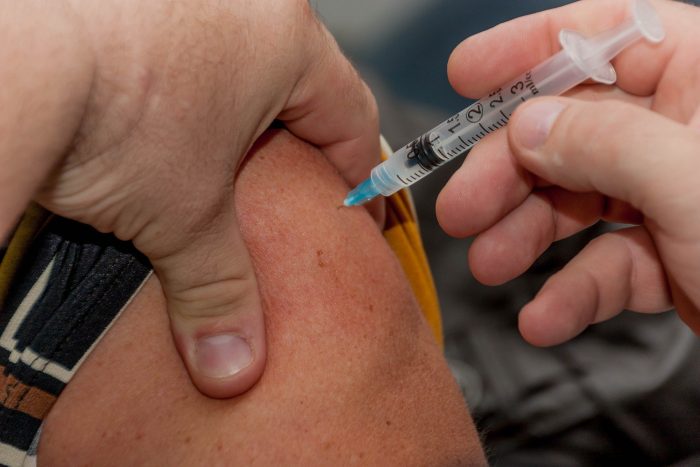 By comparison mRNA vaccine production is simple and laboratory based, can be easily adapted and is more cost effective, which are important considerations for a global pandemic. mRNA vaccines contain the instructions for making the viral protein instead of the protein itself. Critically, as time is of the essence, mRNA vaccines can be developed and manufactured quickly once the genome of a virus has been sequenced.

Moderna for instance began testing their mRNA-1273 vaccine in people 66 days after COVID-19 was sequenced. This speed is obviously a huge advantage. Significantly it also means that if COVID-19 mutates (as with our mink farms in Denmark) in a way that renders vaccines less effective, any mRNA vaccine could be quickly altered by changing the sequence.

mRNA vaccines provide an elegant solution because they use living cells to manufacture viral proteins thus simplifying and streamlining manufacture by harnessing cellular machinery to do the work instead. They mislead our bodies into expressing the spike protein that exists on the outer membrane of COVID-19 which initiates infection (although this effect is temporary).

Like DNA, RNA is a molecule found in all cells. One of the jobs of RNA is to read the instructions provided by DNA and essentially act as a photocopier by acting as a go between. So, for example, when any given cell needs to make a protein, it activates a particular gene in its DNA. It then produces multiple copies of that piece of DNA in the form of messenger RNA (or mRNA). All these copies of mRNA are then used to translate the genetic code into protein through the cell’s manufacturing machinery (or ribosomes). This is the mechanism that a virus will exploit by inserting its own RNA into a cell, which highjacks the cellular machinery so it produces copies of itself. 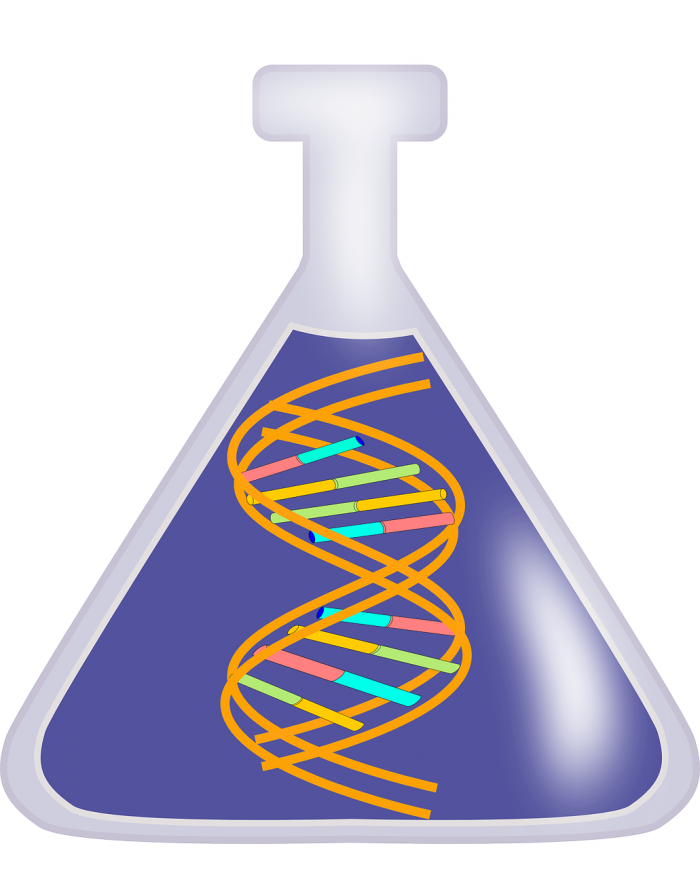 So once inside a cell, our introduced viral mRNA fragment is used as a template to build our virus protein spike. Clearly because it is only an mRNA fragment it does not build a whole virus particle so there is no chance of actual infection. The spike protein that is generated from the mRNA is however enough to be detected by the immune system and generate a defensive immune response. This spike protein or antigen will be displayed on the cell surface, where it will be recognised by the immune system.

What is also significant is that because it is only a viral protein fragment (as opposed to the whole virus) the immune system can function without interference from any viral self-defence mechanism. Many viruses have the capabilities of influencing our immune systems. The mRNA fragment that has been introduced in the vaccine will eventually be broken down by the enzymes in our cells (RNases).

They are limited in the number of transcriptions they can undertake (i.e. the number of photocopies) because of this process. One of the other issues, which has now been overcome, was also the method of delivering the mRNA without it being destroyed before it reached its target. Both Pfizer’s and Moderna’s  mRNA vaccines are packaged in tiny droplets of fat called lipid nanoparticles, which protect them and help them get into cells.

It has genetic instructions not only for a protein fragment (the antigen) but also the viral replication machinery that triggers our cells photocopier system into making yet more viral RNA (hence the terms self-amplifying mRNA).

saRNA vaccines help overcome the limitations of non-replicating vaccines because they are not limited to the number of transcriptions they can achieve (although they are eventually destroyed). In fact,  saRNA vaccines can generate one hundred times as many doses from the same amount of RNA! This is the type of vaccine that is being trialled by Imperial College London, which is one of the leading vaccine candidates in the UK allied with the Oxford vaccine  (ChAdOx1 nCoV-19 AZD1222). 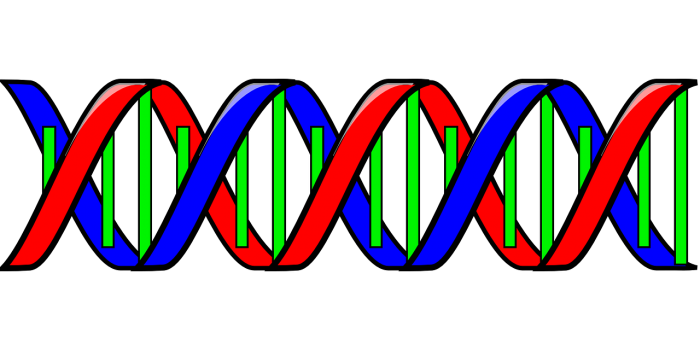 The vaccine development at Imperial has significant potential in more ways than one. Professor Robin Shattock who leads the project commented: ‘Once proven safe and effective by health regulatory bodies for COVID-19, this saRNA vaccine technology platform would allow us to create novel vaccines against future pandemics within 8 weeks – a step that currently takes months to years. This allows healthcare systems and eventually governments to rapidly respond to emerging pandemics – protecting lives and saving economies.’

In summary conventional vaccines have not been as effective against rapidly mutating viruses like influenza or emerging disease threats such as the Ebola or Zika viruses. RNA based vaccines could have an impact in these areas due to their shorter manufacturing times and greater effectiveness. Beyond infectious diseases, RNA vaccines also have potential as novel therapeutic options for major diseases such as cancer.