My first duty this week is to set the record straight on behalf of one of my readers. Ground-breaking scientific discoveries and fame are often unjust. In truth knowledge that is accumulated leading up to these moments of striking realisation is often the amalgamation of a great deal of work by a great many people (the phrase ‘standing on the shoulders of giants’ springs to mind). Yet history only remembers the individual (or ‘s’) who add the last piece of the jigsaw.

Watson and Crick (and Maurice Wilkins) jointly received the Noble Prize for Physiology or Medicine in 1962 for the discovery of the double helix (the structure of DNA). But just like the recreation of the famous painting below, all is not what it seems! 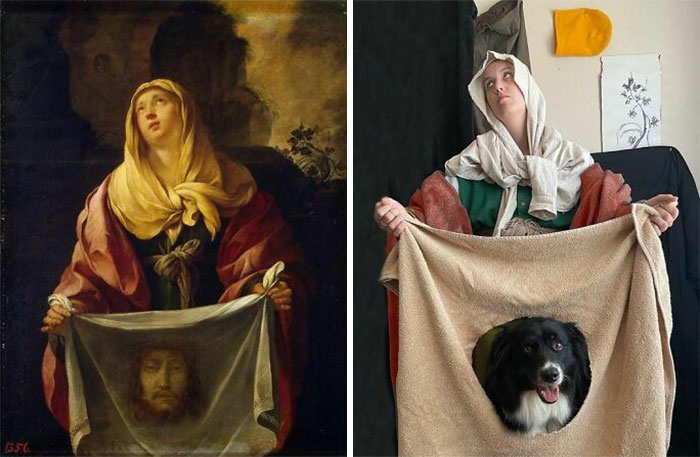 Rosalind Franklin remains unknown. She was an English chemist and X-ray crystallographer whose work was central to the understanding of the molecular structures of DNA at the time. Without her work the discovery made by Watson and Crick would not have been possible.

She died on April 16, 1958, of ovarian cancer, possibly caused by her extensive exposure to radiation while doing her work. Because the Nobel Prize can only be shared among three living scientists, Franklin’s work was barely mentioned. So, Felicity, I hope this offers parity and I agree that it does seem unfair that effectively Rosalind Franklin has been air-brushed out of history. Housekeeping completed we can now move on to this week’s topics.

The best-known specimen of Australopithecus africanus was ‘Lucy’, who was dated at 3.2 million years old- at the time of  the Middle Pliocene to Early Pleistocene- in South Africa (as a reference point dinosaurs died 65 million years ago). However, the most complete ever skeleton of another previously unknown australopithecine (now named Australopithecus prometheus) was discovered in the 1990s. This new species (at 3.67 million years old) predates ‘Lucy’ and it is now known as ‘Little Foot’ (or officially StW 573 which is a bit bland). This newfound specimen is more than 90 percent complete, which far exceeds the status for ‘Lucy’, whose skeleton is about 40 percent complete. 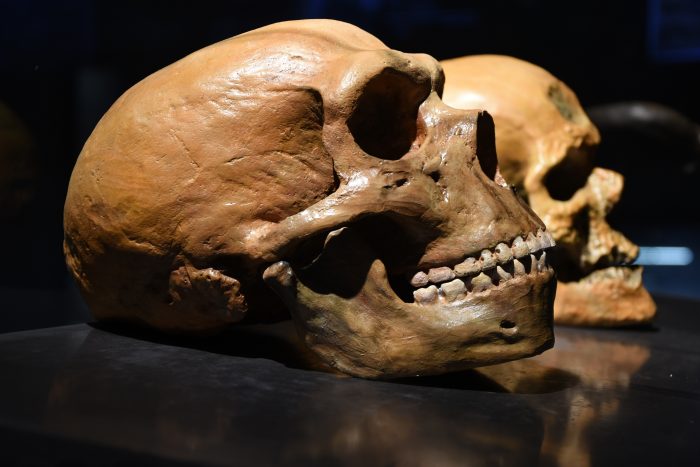 Both Lucy and Little Foot existed in an interesting time in our evolution. Our early human ancestors stopped swinging in trees and started walking on the ground sometime between 4.2 million and 3.5 million years ago. Clearly this key moment meant our ancestors became anatomically and behaviourally less ape-like. It also coincides with increased environmental cooling, more defined seasonality, and grassland becoming more established.

All this transformed former forest habitats into more diverse environments, forcing our early relatives to change their ways. Trees were sparser and so it became energetically advantageous for hominids to cross the gaps bipedally.

The remains of ‘Little Foot’ were discovered by University of the Witwatersrand paleoanthropologist Ron Clarke who unearthed the fossil in the 1990s in the Sterkfontein Caves northwest of Johannesburg. He was a very patient man indeed as it took two decades to excavate the fossilised skeleton.

He and his team painstakingly removed the skeleton in stages from the concrete-like sedimentary rock using a small airscribe (a vibrating needle). The process was even more complex than you would imagine and more complicated because the bones themselves were softer than the surrounding rock.  Following cleaning and reconstruction, the skeleton was officially unveiled in 2018.

The Diamond Light Source at the National Synchrotron Facility

In June 2019 in great secrecy ‘Little Foot’ was transported to the UK to be examined in microscopic detail using the ‘Diamond Light Source’ at the national synchrotron facility in the UK.

Whether it is fragments of ancient paintings or unknown virus structures researchers can study their samples using the synchrotron that is 10,000 times more powerful than a traditional microscope. It is one of the most advanced scientific facilities in the world, and its pioneering capabilities are helping to keep the UK at the forefront of scientific research.

Diamond Light Source works like a giant microscope, harnessing the power of electrons to produce bright light that researchers can use to study anything from fossils to jet engines to viruses and vaccines. The synchrotron is a huge apparatus, more than half a kilometre in circumference, designed to produce very intense beams of X-rays, infrared and ultraviolet light.

Traditionally science has used optical microscopes to study objects, but they are limited by the visible light that they use. Optical microscopes can be used to examine object that are a few microns (0.001mm) in size, about the size of cells. But to study even smaller objects like molecules and atoms, a special light generated by a synchrotron is required.

To achieve this intense bright light electrons are fired into a synchrotron, where they are accelerated up to extremely high speeds through a series of three particle accelerators. The electrons are accelerated to near light speeds so that they give off light 10 billion times brighter than the sun (impressively bright!). The bright beams then interact with the samples in different ways. The light can be made to spread out as it passes through samples.

This creates diffraction or scattering patterns that gives us detailed information about the positions of atoms and molecules. It can also provide information on how different frequencies are absorbed as they pass through matter so that highly detailed information on elemental composition  can be generated.  Images can also be taken, such as those in a hospital x-ray, but thousands of times more detailed. In the case of Little Foot this means unprecedented imaging resolution of  bony structures. Micromorphology at high resolution from a such an old hominid is indeed extraordinary.

The remarkable completeness and great age of the ‘Little Foot’ skeleton and the information it can yield make it  a prime candidate for high-resolution virtual analysis (also the procedure is non-invasive and causes no damage which is critical for a priceless artefact ). One of the researcher’s comments; ‘With these X-rays, we found we could see tiny structures like the vasculature system, where there had been blood vessels inside Little Foot’s bones, which normally would require physically slicing up a specimen.’ In fact, the investigation of these microscopic structures literally allows the reconstruction of an individual’s life from cradle to the grave.

This is perhaps truer than you would realise  as details in some anatomical structures, like tooth enamel, reveal a great deal of information.  Tooth enamel is not renewed during our lifespan so it preserves a detailed account of our environment, diet and health up until the enamel fully develops. 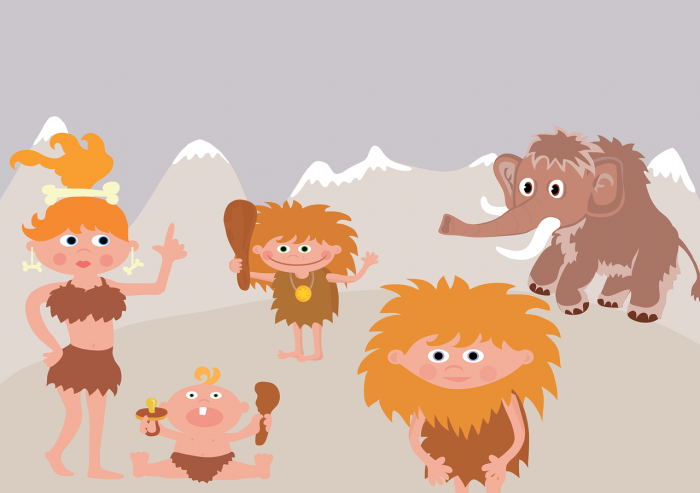 What did the Diamond Light source discover about Little Foot ?

In the case of Little Foot it was clear that she has experienced at least two events that led to interference with her development in early life. Dietary deficiency or nutritional stress are blamed in the research article published on March 2nd entitled ‘Preliminary palaeohistological observations of the StW 573 (‘Little Foot’) skull’ in the online journal ‘eLife’. Dr Beaudet, one of the team, said, ‘we don’t know if Little Foot was sick at some time, or if she couldn’t find enough food.’ One of the intentions of the research was to also measure a layer of material at the root of the teeth called cementum, which could indicate Little Foot’s age when she died. It is assumed her death resulted when she fell into the cave through an opening in the ground.

One of the unlikely issues is the scale of data the team managed to collect at Diamond Light Source, which was approximately seven terabytes (or 140 Blu-ray discs). Part of the reason for this was that the Little Foot’s cranium (slightly smaller than a modern hominids) was much larger than the average sample that the team based at the centre had been used to. Initially a plastercast replica was sent in advance so that they could rehearse how to mount the original priceless ancient skull. The key issue was that the object was too large to be imaged in one sequence so new techniques had to be evolved to stitch together different takes into a 3D rendered image.

Apart from the teeth from the ancient remains, other important information will be ascertained from the imprint of the brain on the inside of the cranial vault (or skull). This will reveal  the early development of human intelligence by identifying the traces of blood vessels in the inner skull that are like ones found in modern humans.

Dr Beaudet summarises; ‘The main hypothesis is that in modern humans, these vessels are involved in thermoregulation – preventing our brain from becoming too hot. With Little Foot, the brain was the same size as a chimpanzee’s. It was only later in evolution that the brain grew dramatically. But at some point, something had to change in the vascular system, too. So, the fact that we can see these vessels in Little Foot is quite promising.’ Clearly a limiting factor is that the team have no other fossil remains from the same time period that would serve as a means of comparison.

There is still a great deal of work to be done on the scans of the cranial vault, never mind the rest of body. Hopefully, examination of the legs, arm bones, hands, wrists and feet of Little Foot, will reveal information regarding the transition from tree-living to bipedalism. It may be possible to reconstruct how Little Foot lived on the landscape, how she moved around and what kind of stresses she exerted on her bones.

This can be correlated with the evolutionary pathways of hominids at the time. Principal Investigator, Professor Dominic Stratford, commented; ‘This much detail will help us understand which species she evolved from and how she differs from others found at a similar time in Africa. This is just our first paper so watch this space. Funding permitting, we hope to be able to bring other parts of ‘Little Foot’ to Diamond.’