Blink these days and you miss something. Since writing my last article we now have a war in the second largest country in Eastern Europe. Vladimir Putin’s ‘Special Military Operation’, as he calls it,  almost feels like an unimaginable event, entirely out of context,  in a decade that introduced itself with a global pandemic. 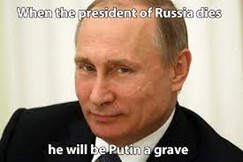 This is also a decade that, according to the Intergovernmental Panel on Climate Change (or IPCC), is vital for attenuating the effects of climate change. Without prompt intervention the IPCC warns that global food security is threatened by the harmful effects of extreme weather events. Considering such stark warnings, setting aside our differences and ideologies is surely the only way to progress. 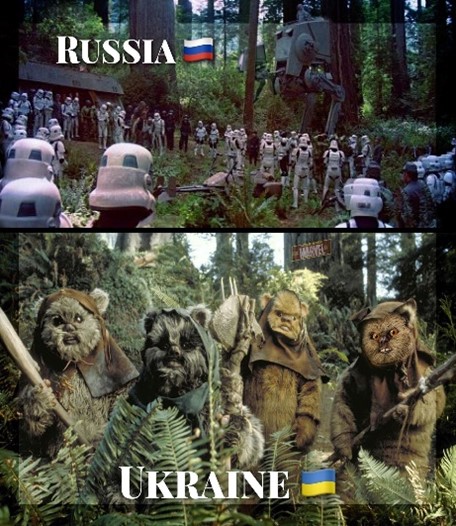 This therapy used bacteriophage (or phage) to prevent infections in wounded soldiers. In a world where antibiotic resistant bacteria are an ever-increasing threat bacteriophage offers an attractive alternative. The Eliava Phage Therapy Centre in Tbilisi, Georgia, was established in the 1920’s to treat human infections.

It still treats people today, but bacteriophage therapy is seldom used elsewhere. Until recently it has been much easier to prescribe antibiotics than to find a bacteriophage capable of killing the specific bacteria. As we are fast running out of options with antibiotics interest in bacteriophage is now intensifying. Given their ubiquity and specificity, it is no surprise that science is now very interested in harnessing their abilities.

There is now intense research aimed at using bacteriophage for a host of applications, none more so than in the food industry.

The constant challenge in the food industry of preserving food for human consumption is an ongoing logistical issue. The biggest challenge is finding a way of doing this without impacting the taste, texture, and nutritional quality of the food. This is increasingly important as our population continues to rise globally.

The global population according to UNDESA (United Nations Department of Economic and Social Affairs), is expected to increase to 9.7 billion by 2050, and 11.2 billion by 2100. This will result in a proportional increase in demand for food globally, placing continued pressure on the food industry. Bacteriophages have been recognised as promising antimicrobial agents to help control specific bacterial pathogens in all aspects of food production.

Bacteriophages have been described as the ‘dark matter’ of the biosphere. This is because they are by far the most numerous biological entities. They outnumber bacteria by a factor of ten to one. They predate on bacteria, and they help regulate bacterial populations throughout every single ecosystem.

They are pivotal in managing a balance in nature and are vital for supporting life on earth.  Just as viruses invade human cells, phage invade bacteria, hijacking cellular machinery to replicate their progeny and destroying the bacterial cell in the process. Interestingly bacteriophages are harmless to humans and cheap, unlike antibiotics which are non-specific and expensive.

The origins of bacteriophages and bacteria go back to a very early point in the geochemistry of the earth. There is scant evidence to confirm that they existed at all in the fossil records because they are so microscopic. 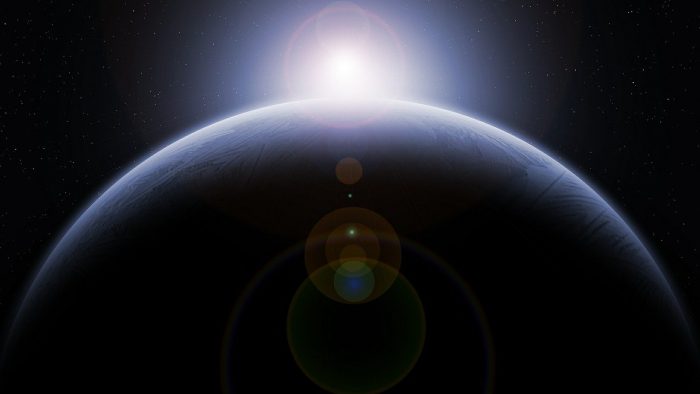 Bacteria and simple single cellular organisms evolved at a point when chemistry first made life possible in the form of primitive bacteria. Ironically it was then life, once again in the form of bacteria, that transformed the chemistry that allowed its creation in the first place. The earliest rudimentary bacteria were methanogens whose metabolic waste product was of course methane.

These ancient bacteria are our source of natural gas. The toxic atmosphere at the time meant that bacterial ecosystems had to develop in an extreme atmosphere in the absence of any oxygen. These hardy bacteria were the most prevalent life form on Earth for a very long time (1.6 billion years). Then something changed.

Unfortunately for our methanogens a new life form evolved which managed to harness a new abundant energy source. This new life form (called Cyanobacter) had mastered a new very complicated chemical process that in the presence of water, sunlight and carbon dioxide produced molecular oxygen as a waste product. So, we are breathing in bacterial poo!

This new process is known as photosynthesis. We know this because oxidized iron began to appear in ancient soils and bands of iron were deposited on the seafloor. Oxidised iron is a product of a reaction with oxygen in the seawater. Photosynthesis caused a revolution. Cyanobacter therefore triggered a tipping point that became known as the ‘great oxygenation event’. Since then, oxygen has in general ruled our planet’s chemistry. We live in a microbial world that only exists because bacteria tempered the previously hostile environment to create atmospheric conditions that allow new life forms to flourish. 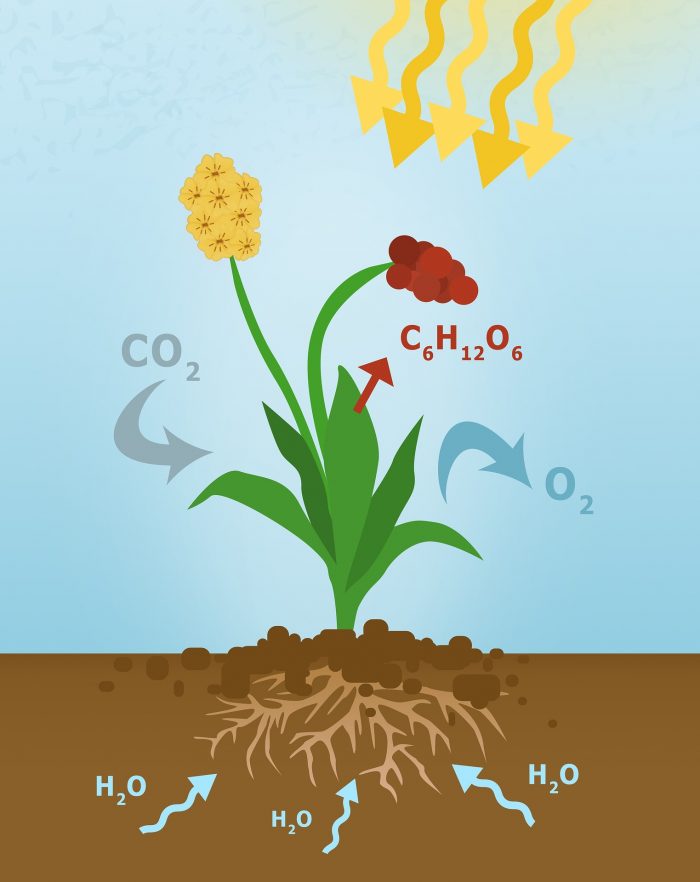 Somewhere in all these seismic events over 3.5 billion years when bacteria were the dominant life form, bacteriophage evolved to predate on their foe. Different bacteriophage evolved a highly developed specificity and affinity to any given species of bacteria. Potentially this remains a vast untapped resource in our fight against antibiotic resistant bacteria.

Despite being the most common biological entity on Earth little is known about bacteriophage. Never did the term ‘dark matter’ of the biosphere seem more apt. We did not even know they existed until 1896.  In this year Ernest Hankin, an English biologist, noticed that the waters from the river Ganges and Yamuna appeared to have unspecified antimicrobial properties that helped against cholera.

It wasn’t until 1917 that Félix d’Hérelle, a French-Canadian microbiologist, who worked at the Pasteur Institute in Paris, noticed ‘an invisible parasite’ that killed bacteria and he coined the term bacteriophage. It is only very recently that we have begun to appreciate their abilities. One area that has embraced this concept is the food industry.

The application of bacteriophage cocktails is now a rapidly emerging trend in the food industry.  Bacteriophages can destroy unwanted pathogenic bacteria that can contaminate and reduce the shelf-life of our food and make it unsafe to consume. The food industry is also a huge user of antibiotics. A recent analysis by the Natural Resources Defence Council (NRDC) in the U.S. estimated that 65% of medically important antibiotics sold in the United States are being used in food-producing species, compared with 35% in humans. Bacteriophage are emerging as a viable alternative. 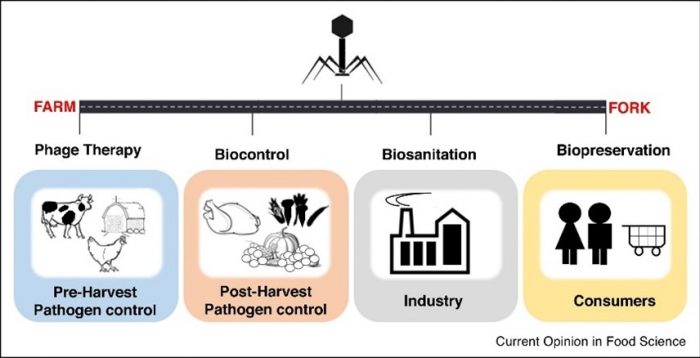 Recent studies from 2020 demonstrated the efficacy of bacteriophages in eight different staple food products including beef chuck roast, ground beef, chicken breast, cooked chicken, salmon, cheese, cantaloupe, and lettuce. Significant reductions of E. coli  were seen in 97% of foods that were tested when the bacteriophages were applied. Similar studies have shown equivalent effects for Salmonella.

Some countries have already begun using bacteriophage commercially to prevent pathogenic bacteria entering the food chain such as E.Coli ( or Escherichia Coli), Listeria, Salmonella and Campylobacter. These bacteria can lurk on fresh foods such as salads and can also contaminate the surface of foods after cooking.

If you live in the U.S., Canada, Australia, New Zealand or Israel it is very possible that you have already consumed food sprayed with a cocktail of bacteriophage that are designed to prevent infection by Listeria (or Listeria monocytogenes).

Listeriosis is a significant pathogen as it survives well at refrigeration temperatures. It is estimated that almost 1 in 10 people worldwide get food poisoning and more than 400,000 die of it every year, according to the World Health Organization. There were about 2,500 cases of listeriosis in the EU in 2017 which caused 200 deaths. 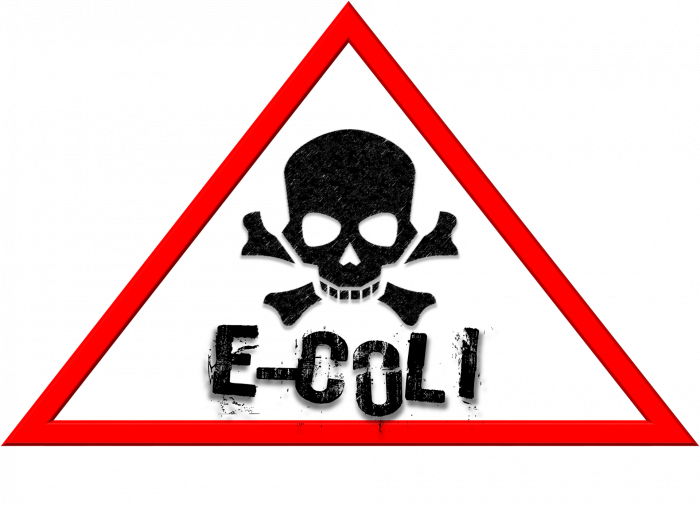 The typical approach to using bacteriophages is to spray a fine mist containing a cocktail of different species over food. A cocktail is necessary to account for different species of bacteria. This method highlights the food industry’s confidence in the efficacy and safety of bacteriophage-based preparations. These preparations have  Generally Recognised as Safe (GRAS) status for use in controlling harmful pathogens.

The fact that they have GRAS status supports their safety for food applications, and indeed, there is no known negative side effect of using virulent bacteriophage towards humans or animals. They are natural, cheap to produce, leave no perceptible traces and have no effects on people, packaging or machinery, unlike some of the chemical alternatives used for disinfecting foods. They can also be used on organic, halal and kosher foods. As all fresh foods naturally carry bacteriophages it is not necessary to change any food labelling.

The use of bacteriophage in the food industry heralds a new era when bacteriophage are about to go mainstream. The bad news is that it is happening because we are fast running out of alternatives due to growing antibiotic resistance.