Today I am covering some the Nobel Prize in Physiology and the discovery of Hepatitis C and also some interesting new research into climate change. Last week we discussed how science can give our bovine friends, the dairy cows, a little genetic tweak to make global warming a little bit more tolerable for them. Global warming of course was one of the key issues at 75th UN General Assembly held last month. This event comprised a series of meetings that were all done virtually on different platforms such as Zoom and Google Meet. It would not surprise you to hear that Zoom made as much money in its second quarter this year as it did in the entirely of 2019. Its revenue rose 355% from the same time last year to $663.5m. 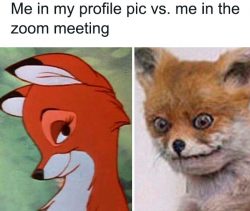 During the UN Assembly many countries re-affirmed their pledge to fight climate change and some set even higher targets. Interestingly China aim to be carbon neutral (balancing CO2 emissions with carbon removal) by 2060. It is estimated that this plan as a single entity by itself could reduce global temperatures by up to 0.3oC.

Meanwhile Goldman Sachs predicts that for the first time ever more money will be spent on renewable energy next year than on oil and gas. Boris Johnson has also just promised that offshore wind farms will generate sufficient electricity to power all our homes in the UK by 2030.

That would mean that we would have to quadruple our current output from 10 gigawatts to 40. Lets just hope that the consequences of climate change are not as catastrophic as they were for some of our ancient ancestors 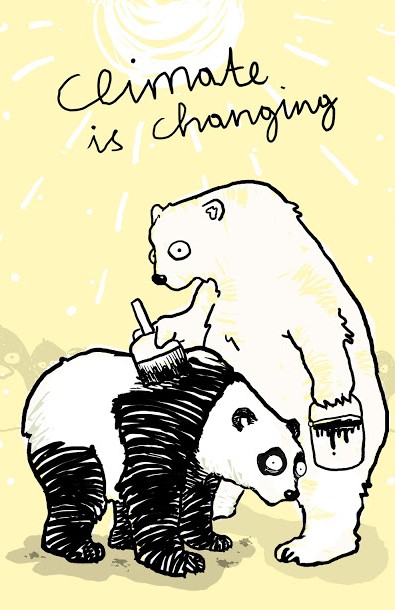 At least six different Homo species populated the world from the Pliocene (5.3 to 2.5 million years ago) through to the Pleistocene era (2.5 to 11,700 years ago).  The six we know about are Homo habilis, Homo ergaster, Homo erectus, Homo heidelbergensis, Homo neanderthalensis and Homo sapiens (or ‘us’). The extinction of five of these species is shrouded in mystery, and no consistent explanation has yet been put forward.

All species were geographically widespread, and most were technologically more advanced than any other mammal. The history of each of all these Homo species was also typically characterized by large widespread geographical populations with unique cultural innovations, including clothing, stone tool technology and fire control. So, it would seem reasonable to assume that climate change might not necessarily be an issue. As it turns out this was probably not the case.

A fascinating new piece of  research has just been published from University of Naples Federico II in Italy which proves just how influential climate change can be which maybe serves as a warning to us. The researchers used climate modelling and fossil records to determine the effect of climate change on the survival of these known Homo species. They cross-referenced all available records with a climate simulator, which modelled temperature, rainfall and other weather data.

The team found that Homo erectus for instance went extinct during the last glacial period 115,000 years ago. This would have been the coldest period the species had ever encountered. The conditions would have been way beyond the climatic niche that were optimal for survival. The vast ice sheets that covered the earth would have dramatically encroached on the areas within which they could survive. One of  the lead researchers comments; ‘Species are good at surviving when they have a large area at their disposal to live in. But when liveable areas decrease and the result is small patches that are geographically isolated from each other, species enter what is known as an extinction vortex.’

The team found that similar issues were also true for Homo heidelbergensis and Homo neanderthalensis which both lost a significant portion of their climatic niche area just before they became extinct. Homo neanderthalensis  also had other things to contend with such as competition with Homo sapiens but climatic considerations were most influential. Let us hope that Homo sapiens does not go the same way! Right now, we also have other problems on our hands.

The Profile of Hepatitis C

Historically science has helped solve many things and it will inevitably provide an answer yet again for our fight against COVID-19. Scientific discovery has helped fight many diseases and the Nobel Prize in Physiology has just been awarded to three people ( Harvey Alter, Michael Houghton and Charles Rice) who helped unravel the mystery of a different virus. Hepatitis C. 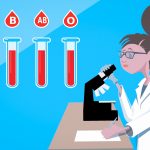 Today we take blood transfusions for granted but they play a critical role in healthcare. The NHS needs 1.6 million units (pints) of blood every year to meet patients’ needs in England, but to do this requires 200,000 new donors annually. Donated blood has a life of 35 days, and platelets, which help the blood clot, just seven. A reliable and safe source of blood is essential but before the discovery of hepatitis this could not be assured.

Hepatitis C is a significant issue. The World Health Organisation (WHO) estimates that 71 million people are infected with Hepatitis C worldwide. Many people with the disease go on to develop liver cirrhosis or liver cancer, and the disease contributes to 399,000 deaths worldwide each year. Like Hepatitis A or B, it is transmitted through blood or blood products and like Hepatitis B it is also a sexually transmitted disease.

Even in the UK an estimated 95,600 people are believed to be suffering from the disease but are generally unaware because they have not been diagnosed according to Public Health England (PHE). Nine out of ten people infected with the Hepatitis C use or have used recreational drugs such as heroin. Contaminated needles are a key issue.

Hepatitis, or inflammation of the liver, has been a known condition for thousands of years although its epidemiology was not understood. It was only recently  that scientists discovered that most cases of hepatitis were caused by viruses that infect liver tissue. Before the 1980s viral hepatitis was broadly divided into two distinct diseases, each based on their specific characteristics. Hepatitis A was discovered just after World War II. 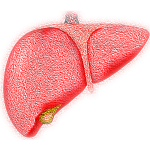 The Discovery of Hepatitis C

Meanwhile Hepatitis B was discovered in 1967 by Baroch Blumberg who received the 1976 Medicine Nobel Prize. Much of his work was driven by the requirement to identify why  there was there a link between viral hepatitis and blood transfusions. Blood transfusions at the time a little like Russian roulette in terms of safety.

Harvey Alter, one of our Nobel Prize winning recipients,  was studying hepatitis at roughly the same time as Blumberg in the U.S. Harvey Alter was perplexed because clearly the jigsaw was far from complete. These concerns transpired while studying transfusion patients at the US National Institutes of Health in 1972. It became obvious that some cases of hepatitis were not linked with either Hepatitis A or B. These became known as non-A non-B (or NANB) patients.  For many years, the reasons for this were unclear simply because the scientific methods at the time were not sensitive enough to identify the culprit.

It was not until 1989 that British scientist Michael Houghton identified antibodies to the Hepatitis C virus, leading to the development of a blood test in 1990. Michael Houghton and his team used molecular biology in what was a ground-breaking approach at the time. They extracted viral DNA from infected animals (unfortunately in this case a chimpanzee) and then inserted it into bacteria to make large volumes of viral proteins. To their amazement the viral proteins were then recognised by the antibodies taken from a human patient.

Harvey Alter and Charles Houghton then both undertook studies to describe the genetic sequence of Hepatitis C virus in 1989. This was a major advance that enabled a simple blood test for people infected with the virus and allowed for elimination of the virus from the blood supply banks.

However, for years efforts to propagate the virus in liver cells in the lab—crucial to further study and the development of medicine—failed. It took another American Charles Rice to recognise that the reason for this was that some of genetic sequence was missing. He completed the characterization of the viral genome in 1996 and a year later was successful in producing an infectious virus in the laboratory.

His work was key to the development of the antiviral drugs now used to treat it today. It then became known that Hepatitis C resembled viruses from a family called flaviviruses. Flaviviruses include West Nile virus, dengue fever, Zika virus and yellow fever amongst other things.

We have Harvey Alter, Michael Houghton and Charles Rice to thank for the safe screening of blood transfusions and protecting populations in many regions of the world. Their discoveries have saved millions of lives worldwide and led to the development of drugs that cure 95 % of people treated and could potentially lead to elimination of Hepatitis C. They deserve recognition.