For me daily visits to various COVID-19 online information resources such as the BBC (‘How Many Confirmed Cases in your Area?’) or Office of National Statistics (ONS) have become a bit of a ritual. Such things have engaged much of our attention with an emerging second wave and the possibility of imminent local restrictions. But there have been other important things that have almost passed by unnoticed.

How many of us realised that this September in the UK was the hottest on record with daily highs of an average of 18.0oC. Parts of the UK even reached 30 C. Our warm September was due to the unusually rapid decline of sea ice in the Arctic in June and July. According to David Mond, Professor of Mathematics at the University of Warwick, we have enjoyed 43 consecutive Septembers and 417 consecutive months with temperatures above the 20th century average.

Globally such data sets have helped explain record breaking events such as wildfires in different parts of the world. These have affected the Amazon delta, California, Australia and even the Arctic Circle itself. Wildfires in the Arctic Circle this summer have incinerated tundra, blanketing Siberian cities with smoke for a second season in a row. Part of the reason is that as permafrost in the arctic tundra thaws it reveals vast tracts of peatlands that serve as a natural fuel. 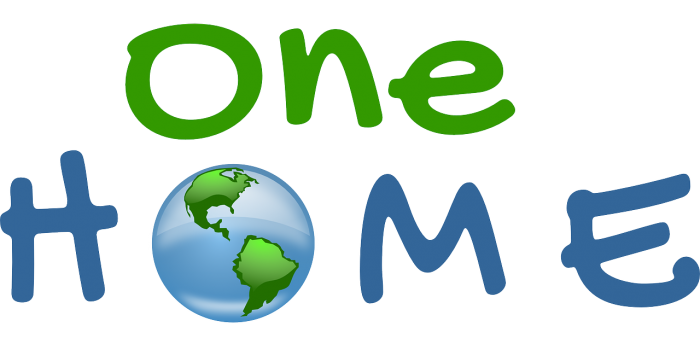 Global warming has also been in the news for other reasons that are a little bizarre. Friesian or Holstein cattle, as many of us will know, are typically black and white. Unfortunately for our cows this is not good news in a world with rising temperatures. Black absorbs all wavelengths of light and converts them into heat, so the object (in this case part of or most of our cow) gets very warm indeed and suffers from heat stress.

The white bits contrastingly of our cow reflect all wavelengths of light, so the light is not converted into heat and the temperature does not increase noticeably. Friesian (and Friesian/Holstein crosses) cows tend to be laden with a blacker pigmentation. With heat stress cows yield less milk and are less fertile. Fertility in cows is a particular issue as if they do not have a calf, they do not produce milk.

So, what do we do? Standard breeding techniques could involve cross breeding with lighter coated beef cattle, but clearly this would compromise milk production. But what if we unpick nature’s jigsaw puzzle and turn off the precise gene that governs skin pigmentation? Science fact or science fiction? Two ladies have just been awarded the Nobel Prize in Chemistry for enabling the technology that does just that!

The Nobel Prizes are significant events that are held at the beginning of October each year. Something else that has also passed by almost unnoticed. Emmanuelle Charpentier of the Max Planck Institute in Germany and Jennifer Doudna at the University of California, Berkeley, each received the Nobel Prize in Chemistry. Their pioneering work in 2012 led to development of a technique called CRISPR (pronounced ‘crisper’). Yes, indeed it is yet another acronym but, in this instance, it makes even less sense if you expand it to its full title. CRISPR stands for ‘clustered regularly interspaced short palindromic repeats.’ Told you so!

The essence of CRISPR is simple: it is a way of finding an extremely specific fragment of DNA inside a cell and altering it (hence the phrase gene editing).

However, CRISPR has also been adapted to do other things as well, such as turning genes on or off without changing their sequence. Before the advent of CRISPR there were ways to edit a genetic sequence of some plants and animals, but it was an exhaustive process that took years and was awfully expensive. This was until CRISPR.

The History of CRISPR

To put this into further perspective, in 2007 an international project was launched to target and “knock out” each of the 20,000 genes a mouse possessed one at a time so they could determine the function of each gene. This took the collective effort of many laboratories around the world more than five years to complete, and it cost $100 million. Gene editing has the capacity to be mind boggling.

The DNA packed into each of our cells has six billion letters and is two metres long. How on earth do you locate the exact piece of DNA you want to change and cut it at precisely the right point? One solution would be to harness the repair mechanisms that already exist with a cell which is what CRISPR enables. Previously artificial proteins were designed that bound to DNA in the right place, but this took months or years to develop and was extremely expensive.

The evolution of CRISPR begins in the 1980s. Researchers in Japan noticed something peculiar while they studied the genome of the E. coli bacterium. They observed a peculiar series of repeating sequences in the DNA, separated by what appeared to be random bits that were later called ‘spacers’. These characteristic sets of repeats and spacers became known as ‘clustered regularly interspaced short palindromic repeats’, or CRISPR.

As it happens CRISPRs have turned out to be extremely common. They are present in half of all bacteria and 90 per cent of archaea (single cell organisms). This clearly meant that these CRISPRs were doing something useful. But what? Nobody really had any idea until 2005, when it was noticed that our apparently random repeats of CRISPRs in the DNA of bacterial cells matched parts of DNA present in many viruses.

This match turned out not to be a coincidence. In bacteria, these CRISPR repeats are actually copied from the DNA of viruses that have previously attacked the cell. They therefore act as a bank of memories, which enables bacteria to recognize the viruses and fight off future attacks and form part of the immune system. Clever stuff! 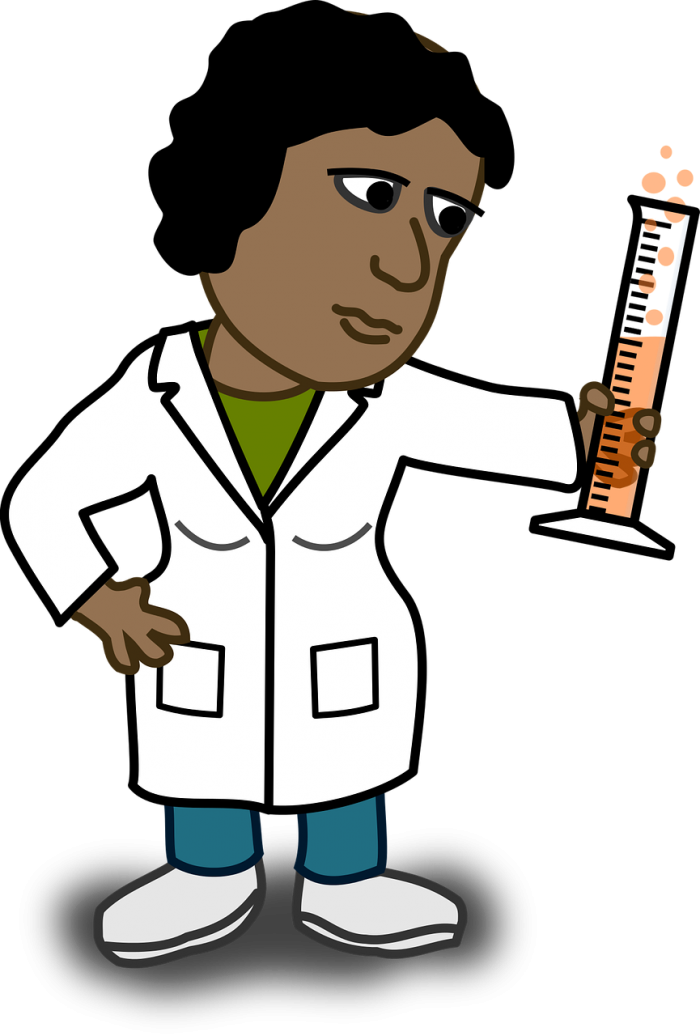 This was first demonstrated experimentally by a team of researchers from Danisco, a food ingredients company, in 2007. They used a Streptococcus thermophilus bacteria, commonly found in yogurt and other dairy cultures. They observed that after a viral attack, new spacers were incorporated into the CRISPR repeating regions in the Streptococcus thermophilus. Significantly, the DNA sequence of these CRISPRs was identical to parts of the DNA of the attacking virus.

They also went even further and manipulated the CRISPRs by taking them out or putting in new viral DNA sequences. In this way, they were able to alter the bacteria’s resistance to an attack by a specific virus. Thus, the researchers confirmed that CRISPRs play a role in regulating bacterial immunity. Interesting.

If the virus attacks the cell again the cell’s photocopier system (RNA) copies that particular CRISPR bit of DNA (inserted from the first attack) and makes what is essentially CRISPR RNA or was is known as ‘crRNA’. What happens next is that an enzyme binds to the crRNA. This enzyme is called a Cas9 protein. The crRNA guides the enzyme to invading virus and finds the matching bit of viral DNA and cuts it to pieces.

The cut-up pieces of viral DNA are then spliced into the CRISPR regions of the cell’s own DNA to form new CRISPR spacers. In this way the cell’s immune database can be kept up to date. This process was detailed in 2014 by our Nobel Prize winners in Chemistry Jennifer Doudna and Emmanuelle Charpentier in the journal Science. Crucially they also realised that this system could potentially be a remarkably simple yet extremely powerful gene-editing tool that could have widespread applications.

The next piece of the jigsaw was to prove that this system, which clearly works in bacteria, would also work inside the complex cells of animals and plants. Jennifer Doudna’s research team set out to test this hypothesis in 2013 but they were beaten to it by three weeks by two other research teams. They proved that the CRISPR- Cas9 system worked flawlessly even in human cells where it could be used to interrogate and cleave to DNA. This was a vital breakthrough. However, the true beauty of the system also lay in its simplicity. 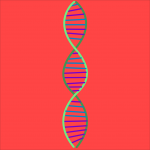 The Cas9 enzyme can easily be programmed to find and bind to almost any desired target sequence in a piece of DNA, simply by giving it a piece of RNA to guide it in its search. When the Cas9 enzyme binds to a piece of guide RNA and is introduced into a cell, the Cas9 protein connects with the guide RNA and then moves along the strands of DNA until it finds and binds to a sequence that exactly matches part of the guide RNA sequence. That is remarkable, given that the DNA packed into each of our cells has 20,000 genes.

Crucially, making custom pieces of RNA is far quicker and cheaper than designing enzymes or proteins. Automated machines can churn out short DNAs or RNAs with any desired sequence in hours, at a cost of just a few dollars. All researchers need to do is make a piece of RNA that contains a 20-base-pair sequence complementary to the target DNA.

When the piece of RNA and Cas9 enzyme has reached its target, what happens next can then vary depending on what you want to achieve. The Cas9 enzyme cuts the DNA sequence at the precise target. When the cut is repaired, mutations can be introduced that usually disable a gene. This is by far the most common use of CRISPR. There are now customised Cas9 proteins that have been created that do not cut DNA or alter it in any way, but merely turn genes on or off: these are called CRISPRa and CRISPRi respectively. This is what can make our Friesian/Holsteins less black.

What is fascinating is that several genes can also be modified at once which is remarkably interesting when you look at mutations associated with disease. Issues such as heart disease or diabetes are not caused by single mutations alone. CRISPR could also have applications that allow us to controversially modify plants, animals and even ourselves. CRISPR could quite literally change the world. ‘This is a technology method that can provide humankind with great opportunities,’ said Claes Gustafsson of the Nobel Committee for Chemistry, speaking as the prize was announced earlier this month. Indirectly, CRISPR could also help the COVID-19 vaccine efforts. Research is under way using the tool to discover sequences and molecules that are important for the COVID-19 virus to replicate.