Last week I wrote about promising new treatments for endometriosis which is estimated to affect 176 million women worldwide (or 1 in 10 women). This week there has also been some good news regarding another gender specific disease which I will come to shortly. In combination with this I am also briefly covering another completely unrelated topic called ‘cauda equina syndrome’ (or CES).

This is just a matter of good housekeeping as we recently had someone at the clinic that was affected by this seldom seen but hugely significant medical condition. It is important because it is a medical emergency and in principle, although rare, it is potentially devastating. 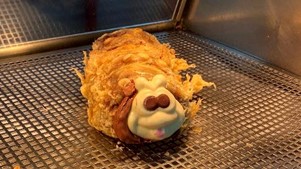 With batter the cake would then comprise  234 g of mostly saturated fat!  The recommended daily intake of an average man is only 30g of saturated fat. The punishment of luxury! But back to medical matters.

What is Cauda Equina Syndrome?

In 2010-2011 there were only 981 reported cases of CES in the whole of the UK giving an incidence rate of 1.9 people per 100,000. The term ‘cauda equina’  is a descriptive Latin term referring to the bundle of nerve roots in the lower back and pelvis. The human spinal cord does not travel all the way down the spine as one might suspect. It actually terminates in the mid lower back at the L1-L2 lumbar vertebra. These lie more or less adjacent to the anatomical landmark of the 12th  rib.

The bundle of nerves that project down the spine from L1-L2 are called the ‘cauda equina’. It just so happens that they have the appearance of a ‘horse’s tail’ and hence the name. This was first described in 1595, by French anatomist Andre du Laurens who gave a perfectly accurate description of the rope-like tail of fibres that consist of about ten pairs of nerves. Some of these nerve fibres provide important innervation to the bladder and are responsible for micturition (or having a wee!). 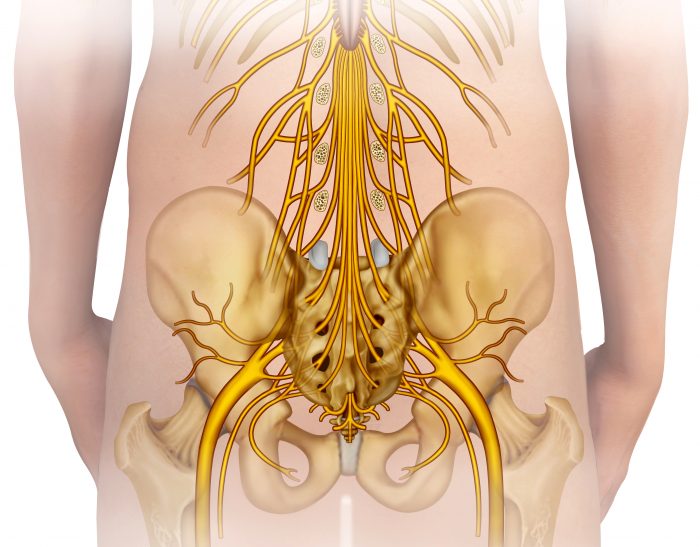 Passing water is accomplished by activating and contracting the detrusor muscle that surrounds the bladder while simultaneously relaxing the internal urethral sphincter to allow the passage of urine. Equally other nerve fibres permit the filling of our bladder by relaxing the detrusor muscle and contracting the internal urethral sphincter, so we retain water. Other nerves meanwhile also facilitate our bowel function.

It is possible that in extremely rare circumstances a severe disc prolapse can damage these nerves. This can imply that bladder and/or bowel function can be lost or impaired. CES is a medical emergency because the longer it goes untreated the greater the risk of paralysis. The consensus of opinion is that CES often involves emergency decompressive spinal surgery ideally as soon as possible.

The first recorded case of CES was described by Jonathan Hutchinson in 1889 who was a prominent surgeon in his day, and worked at the London Hospital. He accurately detailed the condition in a 42-year-old man who had a routine operation that involved anaesthesia and a degree of manipulation in the pelvic anatomy during surgery for a humble pile operation (poor chap!).

This man had not reported any problems with his bladder or bowels prior to the operation. Unfortunately, he did have a history of alternating sciatica down either leg. During the attacks of sciatica, he also felt numbness in his buttocks. This indicated that he already had some mild intermittent compression on nerve roots of his cauda equina. Unfortunately, when he awoke from the anaesthetic after his surgery, he  had total paralysis of his bladder and bowels.

The MRI scan below demonstrates a large disc herniation (second disc up from the pelvis). The spinal nerves are represented by the long white strip running parallel behind the vertebra. We can gain a sense of the level of compression caused by the herniated disc as the spinal nerves are obviously heavily compressed. 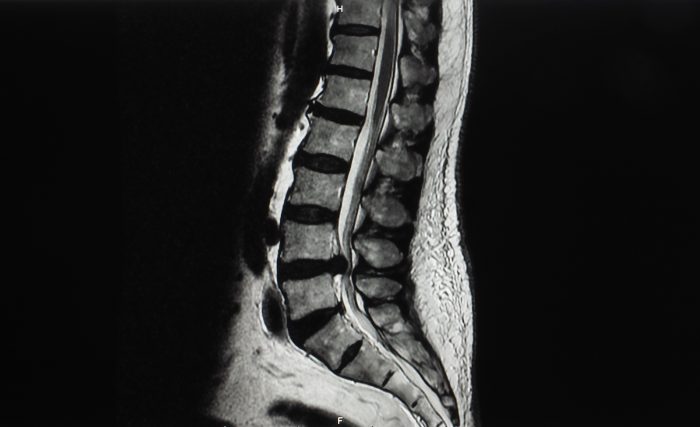 What are the Symptoms of CES?

Although the clinical presentation of CES varies according to which nerve roots are squashed, the salient clinical features include altered sensations in your groin and disturbance of bladder and bowel function. The general symptoms of CES are also often seen as sciatica in both legs, with possible weakness and numbness in both legs that is severe or worsening.

This is accompanied by numbness in or around the genital regions and anus (hard to omit this fact because it is significant). Finding it difficult to start peeing or not being able to at all, or weeing in an uncontrolled way is also a clear sign (assuming this is not normal for you). The same applies to passing stools. We will often screen these symptoms, just in case, even though they are unlikely, as will your GP if you have signs of disc herniation. 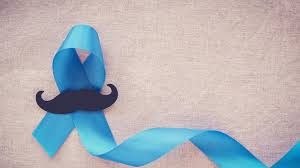 Back to our gender specific diseases. There is also encouraging news in relation to men’s health.  Prostate cancer affects 1 in 8 men and it usually develops slowly, so there may be no signs for many years.  Anything that helps detect prostate cancer can only be a good thing, the simpler the better as the more commonly used tests can be stressful (most gents will know exactly what I mean).

So, the current piloting of new easy to use home test kits in the UK comes as good news. These kits would provide urine samples which would help screen those men who are at low risk. However, it would also include those being kept under surveillance by doctors for suspected prostate cancer and those at genetic risk of the disease.

Robert Mills, consultant clinical director in urology at Norfolk and Norwich University Hospital, which is collaborating on the trials, said: ‘This simple, non-invasive urine test has the potential to significantly change how we diagnose and manage early prostate cancer.’ The urine test can identify those men with aggressive prostate cancer five years prior to it being detected by standard clinical tests. A study in 2019 confirmed the urine test can track 38 genes that are markers from men who have aggressive prostate cancer and need immediate treatment.