I had promised to write a piece on exciting new treatment approaches for endometriosis as March was ‘Endometriosis Awareness Month’. However, I have decided to postpone this for just one week because of two significant events. The first is a new promising vaccine for HIV and the other is the risk of blood clotting events for adenovirus-based COVID-19 vaccines.

Some commentators understandably suggest that the concerns about the AstraZeneca (AZ) and Johnson & Johnson (J&J) vaccines are a reassuring sign that safety monitoring systems are doing their job. Indeed, these are rare events that have been flagged, despite many millions of vaccine recipients. The key outstanding issue is that once public trust in a vaccine has been eroded it can be hard to recover.

This is set against a backdrop when globally the COVID-19 pandemic is seeing some of the highest rates of infection.

Just to lighten the mood it never ceases to amaze me how daft things can be. Marks & Spencer has begun legal action against Aldi, suggesting the supermarket’s ‘Cuthbert Caterpillar’ cake infringes its ‘Colin the Caterpillar’s’ trademark. M&S claims that their similarity ‘rides on the coat-tails’ of M&S’s reputation. It lodged an intellectual property claim with the High Court this week. 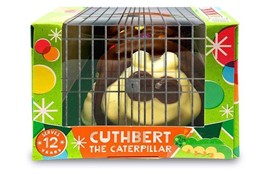 It probably did not help that Aldi’s twitter feed account went into overdrive with several cheeky #FreeCuthbert tweets. One tweet even had a packaging update with Cuthbert behind bars.  In fairness to M&S the cakes look quite similar so maybe they have a point. On the other hand every supermarket does have a caterpillar cake.

The NCSC (National Cyber Security Centre) which was launched in London in 2016 does an annual assessment of our cyber security capabilities. Of the 15 billion passwords analysed just 2.2 billion were unique. Many of us can take the walk of shame.

Apparently 15% of us use our pets’ names, 14% of us a family name, 6% our favourite sports team and 6% of us are even more cunning and use ‘password’ as our password (123456 and 123456789 were also worryingly ubiquitous). Here is a hint for you. The NCSC suggests using three totally unconnected words (e.g., RedPlantsTree).

We may sometimes lack inspiration but there is nothing wrong with our scientific ingenuity when it comes to pandemics. The AIDS pandemic transpired in the 1980’s and, to date, it has killed more than 30 million people. Although little is heard about AIDS these days it has not gone away. According to the WHO, even in 2019 there were another 1.7 million estimated infections and 690,000 deaths. 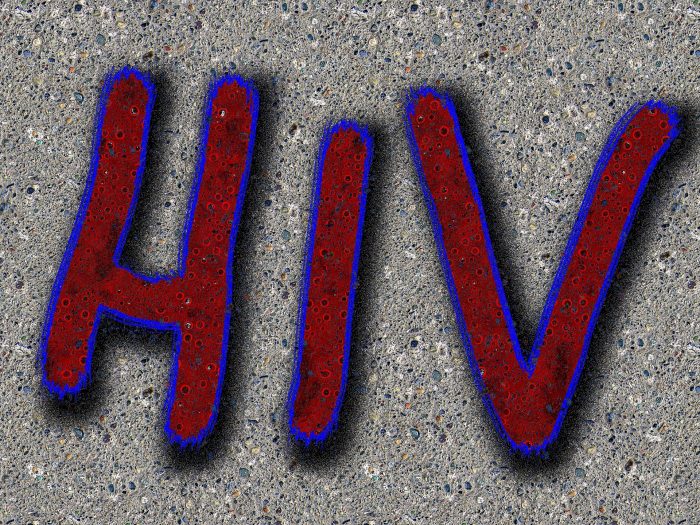 Despite decades of work, scientists have failed to develop an effective vaccine against the virus. This is even though in the 1980’s it was claimed that a vaccine would be available within two years. Margaret Heckler, the American Secretary of Health and Human Services (who has since sadly died in 2018) even announced this to a packed press conference on 23rd April 1984.

Little did they realise that HIV is a rapidly mutating virus (luckily for us COVID-19 is terribly slow by comparison). Just like COVID-19, HIV also uses spike proteins on its outer cell membrane as its method to dock and access host cells. In HIV these spike proteins change and evolve so rapidly it is almost impossible to pin down with a vaccine.

Despite this it is looking increasingly likely that we have finally found a vaccine for HIV. This is according to Phase I trial results released from IAVI (International AIDS Vaccine Initiative) and the Scripps Research Institute in the U.S. The results were presented at a virtual conference of the International AIDS Society HIV Research for Prevention on February 3rd, 2021. 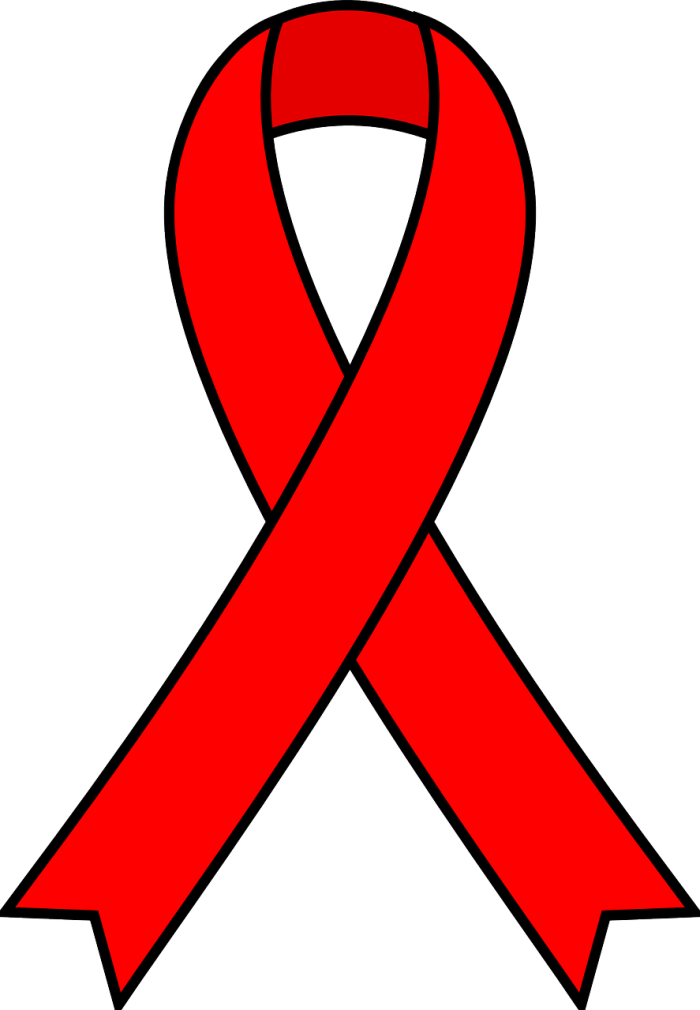 The new vaccine contains what are known as broadly neutralising antibodies (bnAbs) because it can target a huge variety of HIV mutations. This has been possible because there are parts of the HIV virus, although difficult to access, that are consistent even between different strains. In the small Phase 1 clinical trial using 48 healthy, HIV negative people, the vaccine demonstrated no safety concerns and 97% of the participants yielded an antibody response. As we are only too aware, vaccine trials do not necessarily demonstrate rare side effects.

On 13 April 2021, the FDA in America asked health-care providers to postpone using the J&J vaccine (JNJ-78436735 or Ad26.COV2.S) because of 6 suspected cases of unusual blood clotting out of nearly 7 million vaccine recipients. Meanwhile most of us are only too aware of the controversy surrounding the AZ vaccine (chAdOx01).

The EMA (European Medicines Authority) in the EU and the MHRA in the UK have both weighed the evidence. The EMA reported a possible 86 cases of blood clots out of 25 million vaccinations and MHRA reported 79 cases out of 20 million.

The EMA estimate the risk as 5 people out of one million recipients developing a blood clot after vaccination. It concluded the benefits of the vaccine outweighed the risk and that there was no definite causal link. Meanwhile the MHRA has now clarified its position by stating that people under the age of 30 are to be offered an alternative to the AstraZeneca (AZ) vaccine. Denmark has stopped its rollout of the AZ vaccine and Germany, Spain, Italy and Ireland have suspended use in the under 60 age group.

France and Australia have taken similar measure with the former only using the AZ vaccine in the under 55 age group and the latter in the under 50’s.

Risk is of course relative. If a female has taken the contraceptive pill for over 10 years, the chances of having a blood clot range from 0.3-1% which is at worst 10,000 people in a million. There is therefore a far higher relative risk but there is a difference.

The chances of death are only 3%. As mentioned according to the EMA, out of 25 million vaccinations there were 86 cases of blood clots (a far lower incidence rate). Of these there were 62 cases of blood clots in the brain (or cerebral venous sinus thrombosis) and 24 cases in the abdomen (splanchnic vein thrombosis) and of all these 18 were fatal (which is 20% mortality rate).

The clots that have been tenuously linked with the COVID-19 adenovirus vaccines have very unusual characteristics. They manifest in unusual anatomical regions and are strangely coupled with blood low platelet counts. This condition is only seen in a condition called heparin-induced thrombocytopaenia (HIT) which is a rare condition seen as a complication of taking the anti-coagulant heparin.

In HIT it is thought that heparin binds to a protein called platelet factor 4 (this is a small cytokine) that promotes blood coagulation. This initiates an immune response and eventually leads to both the destruction of blood platelets and the release of blood-clot promoting materials. The puzzle is that no one currently understands why this phenomenon occurs in the absence of heparin, as with the AZ and J&J vaccines.

Coincidentally both vaccines use adenoviruses as vehicles to carry the DNA to human cells. This DNA encodes the COVID-19 spike protein. Although the AZ and J&J vaccines use different adenoviruses, it does not discount the fact that the problem could be common in general to vaccines that rely on adenoviruses. Interestingly the Russian vaccine Sputnik 5 also uses an adenovirus as a carrier in its vaccine.

The developers of Russia’s Sputnik V have been quick to respond. In a statement the developers said a “comprehensive analysis of adverse events during clinical trials and over the course of mass vaccinations with the Sputnik V vaccine showed that there were no cases of cerebral venous sinus thrombosis (CVST). All vaccines based on adenoviral vector platform are different and not directly comparable.”

So, the key question is, will we end up relying on the mRNA vaccines? The problem is that both adenovirus vaccines are inexpensive to make and easy to store compared with mRNA vaccines. This is allied to the fact that both manufacturers have agreed to distribute doses at affordable prices to low- and middle-income countries through the COVAX programme. 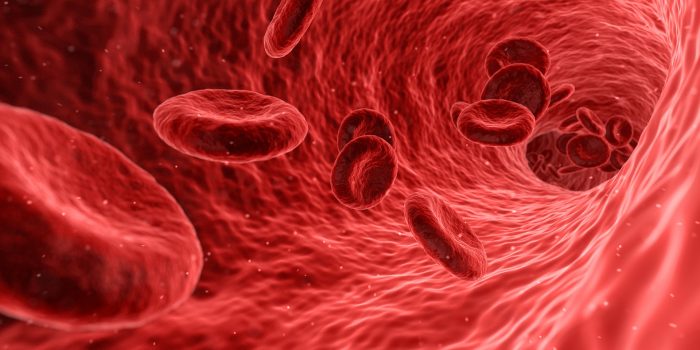 Worse is the fact that the J&J vaccine is a single dose vaccine which makes it even more attractive especially for hard-to-reach groups of people in remote areas. This is therefore a significant loss.  South Africa has paused distribution of the J&J vaccine pending further investigation of the clotting incidents. This is a country where the AZ vaccine has proven less effective against new variants.

As we stand the uneven worldwide vaccine distribution of adenovirus vaccines makes it difficult to draw any conclusions. The EMA reported last week that it could not identify any particularly high-risk groups from its data on the AZ vaccine.

According to EMA statistics of the 86 affected people there is an apparent bias towards female vaccine recipients, but this could be the result of prioritizing vaccination for health-care workers, who are predominantly female. Equally the fact that blood clots may be more often reported in younger vaccine participants could be misleading as these are more unusual events for this age group whereas in older people such events are more commonplace.