Just as we thought 2020 could not get any stranger up pops a new COVID-19 variant. Christmas shrunk from a five-day window to just one. Like yours, the journey of New Year celebration was remarkably uninteresting as is neatly summarized by the railway ticket below. 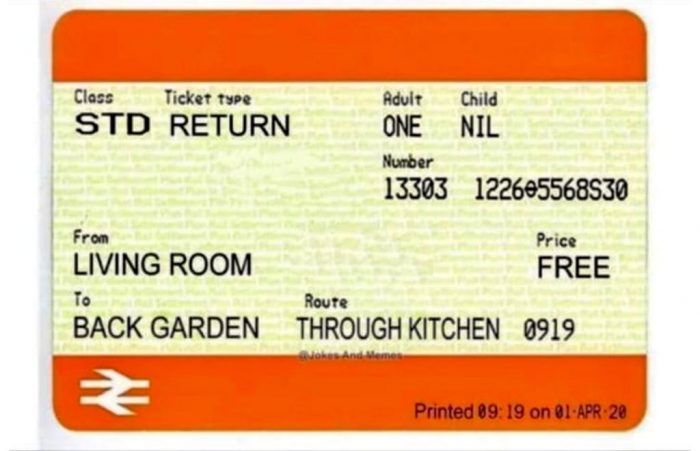 Unfortunately, the New Year while it heralds the promise of normal life has a sting in its tail. It is also combined with a new emerging form of COVID-19 that all of us will have to combat as we progress into 2021. The spread of this new variant has forced most of south-east England into lockdown and its imminent threat looms over the rest of the country.

Although the new variant has almost certainly evolved in the UK the threat is also now international. The U.S. recorded its first ever case on December 30th. A Colorado man in his 20s working as a National Guard member supporting a care home became the first known U.S. case of the newly identified strain.

This also comes at a particularly bad moment in the U.S. as the pandemic continues unabated with a total of 19,516,147 confirmed cases and 338,656 deaths at the time of writing. Australia, Denmark, Italy, Spain, Sweden, Netherlands and Canada have also reported cases of the new variant.

Indeed, at the time of writing, Essex has declared a ‘major incident’ as its health services looked set to be overwhelmed. Brentwood’s rate of 1,419 cases per 100,000 people in the week up to 21st December is now the highest recorded across England since the start of the pandemic. In some areas of the UK, the new variant now makes up 60 per cent of cases. 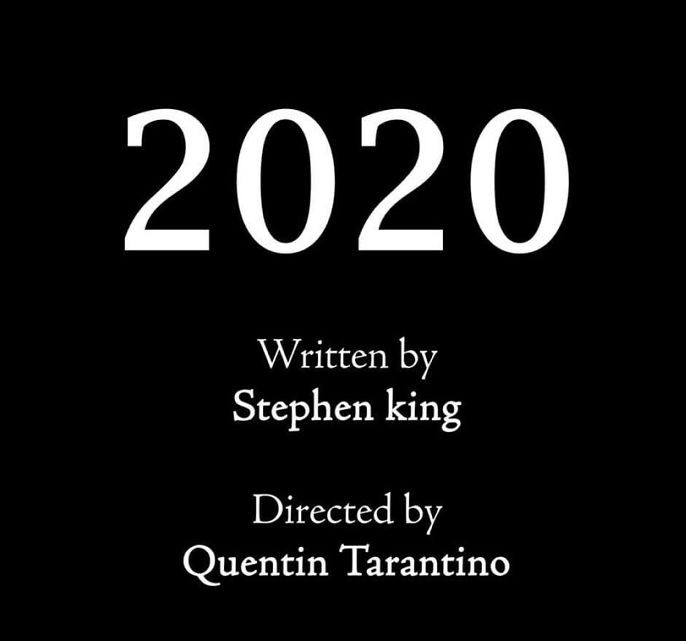 This news almost feels like that shrinking feeling of playing Monopoly and expecting to pass ‘Go’ and collect £200 but instead you land on Mayfair with three hotels on (board games were a big part of our family life in 2020).

According to the (beefy acronym alert!) New and Emerging Respiratory Virus Threats Advisory Group (NERVTAG) the new variant, which has two names, B.1.1.7 or VUI 202012/01, is 71% more transmissible than any other variant. In the meantime, Public Health England (PHE) has made life a little easier for us and simply called the variant VOC (Variant of Concern).

There are huge concerns regarding  B.1.1.7 and these fears are outlined in a new piece of collaborative research performed by three universities, PHE, the Wellcome Sanger Institute and the COVID-19 Genomics UK (or COG-UK) Consortium. Professor Neil Ferguson of Imperial College comments on the findings. ‘These analyses, which have informed UK government planning in recent weeks, show that the new variant of concern, B.1.1.7, has substantially higher transmissibility than previous SARS-CoV-2 viruses circulating in the UK. This will make control more difficult and further accentuates the urgency of rolling out vaccination as quickly as possible.’

The most pertinent of these chilling concerns is that the structure of the November lockdown would have been ineffective in reducing transmissibility and spread of the new variant. These fears were realised at the time because while most parts of the country experienced a reduction of a third in confirmed cases of the older version of COVID-19, cases of  B.1.1.7 tripled in London and the South-East. 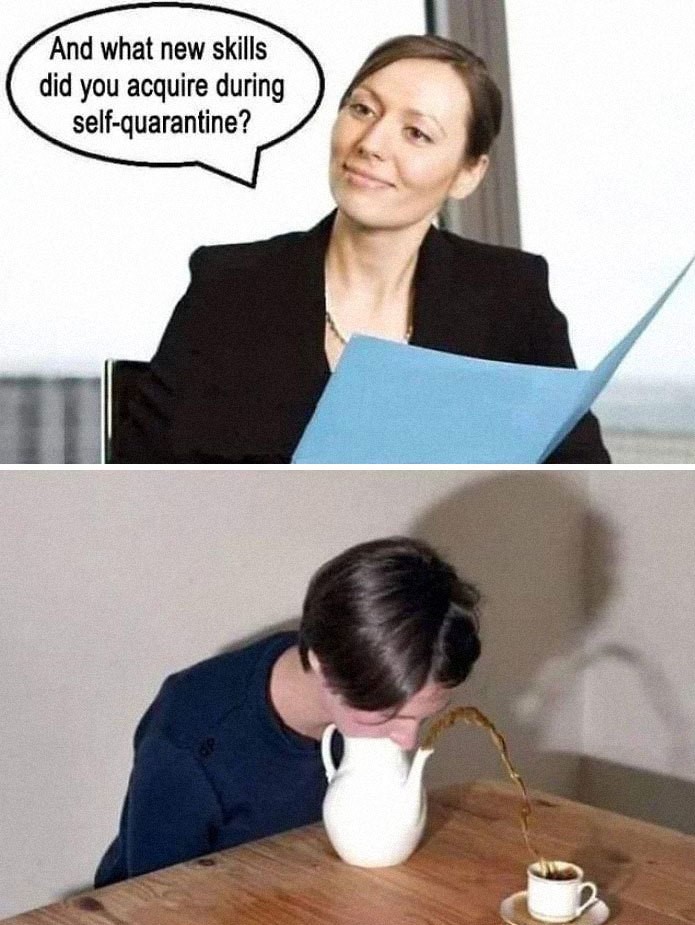 All viruses undergo gradual genetic drift which results in many different variants. COVID-19 has just under 30,000 letters in its genomic sequence and, as it spreads, one or two of these letters are changed after successive transmissions. Over time RNA viruses such as COVID-19 are subject to making mistakes when copying themselves, likened to a photocopy of a photocopy of a photocopy. Some changes are innocuous while other mutations can add up over time to create a new variant.

What are the Genetic Changes of the New Variant?

Unusually the new variant  B.1.1.7 has 23 changes to the letters in its sequence which has given it an accidental evolutionary advantage. Sharon Peacock, director of COG-UK summarises how common genetic mutation is: ‘Mutations are expected and are a natural part of evolution. Many thousands of mutations have already arisen, and the vast majority have no effect on the virus but can be useful as a barcode to monitor outbreaks.’

Mutations are to be expected. For example, the variant D614G is currently the most common in the UK and it is believed to have increased the ability of the virus to be transmitted although it does not seem to result in more severe disease.

As Sharon Peacock suggests genetic changes are especially useful as they can be exploited allowing us to track the spread of the virus. This is performed by sequencing, recording, and analysing the genome of the virus over weeks and months. This assists epidemiologists and public health authorities in understanding exactly how a virus is spreading. It is also unbelievably valuable in evaluating the efficacy of interventions such as lockdowns or any other restrictions.

In the longer term, tracking new variants is also extremely important to ensure that any vaccines that are developed are effective. It can also influence and direct diagnostic testing. Small genetic changes that are tracked over time are made into what we call a phylogenetic tree such as the one below.

A phylogenetic tree facilitates scientists in tracking down a patient zero which is exactly what researchers have spent recent weeks doing. They have sifted through the contacts of the two people who were the first identified with the new variant VOC and other people who were infected at an early point.

The researchers are working on the hypothesis that VOC arose in a person with a compromised immune system. People with deficient immune systems are often the host when viruses undergo more profound mutations because the virus can survive in their system for longer.

What is worrying about the new variant B.1.1.7 is that it has a transmission advantage over the older D614G variant of 0.4-0.7 in terms of R Value and it appears to affect more people under the age of 20. The new study we referred to earlier also identified that a higher proportion of people under twenty years old are now affected by B.1.1.7 . At this point it is too early to determine the mechanism behind this change.

This might help explain the spread of B.1.1.7 as this rise in transmission coincided with lockdown, but an important point is that schools remained open. Further research is ongoing on the specific nature of any changes in how the virus affects this age group.

COVID-19 Genomics UK (or COG-UK) Consortium was established in April 2020 and it is an especially important tool in our fight against COVID-19. It has so far sequenced 140, 000 virus genomes from people infected with COVID-19. It uses the data to track outbreaks, identify variant viruses, and publish a weekly report which you can see online (https://www.cogconsortium.uk/data/). The reason why the new variant  B.1.1.7 is concerning is because of the widely reported changes in its spike proteins.

This is not unusual as COG-UK has so far recorded around 4000 mutations in the spike protein in various other mutations. What makes the new variant  B.1.1.7 more transmissible is a specific change in the spike protein that influences its ability to bind to human cells. Essentially the new variant has become ‘stickier’ in its ability to adhere to our receptor sites on our epithelial cells in our respiratory tracts. The World Health Organisation (WHO) has reported that this mutation (known as the N501Y mutation) alters six key amino acids which influences the way the virus binds.

This same receptor binding domain mutation  has also been reported in the South African variant which arose independently of the UK variant. However, our UK variant B.1.1.7  has also lost two amino acids in its spike, known as the 69-70 deletion which could affect diagnostic testing (it is thought it may affect the PCR test specifically). It has also been suggested that VOC may increase ‘viral shedding’ which means there is more of the virus in the air that comes out of airways when hosts talk, cough or sneeze.

So how worried should we be? It is important to remember that there are not many countries which have a facility like COG-UK and most variants may not even be traced. The UK, South Africa, Australia and New Zealand had some of the highest rates of genomic sequencing of COVID-19 in the world. We do not know if there may be worse variants out there or milder variants because some countries simply do not undertake any genetic sequencing.

At this point there is no evidence to suggest that B.1.1.7 results in a more serious infection. As University of Queensland virologist Ian Mackay comments ‘the genomic sequence has changed, relatively speaking, to the variant before. It’s not like a monkey has turned into a dog.’ However, as you would expect due to its increase in transmission the NHS is more likely to be overwhelmed. Our best chance, as a report by the London School of Hygiene and Tropical Medicine stated, is rapid vaccination which should serve to blunt the impact of the new variant. Their report stated that England must bring in strict coronavirus controls and accelerate its vaccine programme or risk the burden of more people in hospital and more deaths in the first half of 2021 than the whole of 2020.