The reason for the existence of life is down to pure chance and an unlikely cosmic accident (the big bang!). There are hundreds of millions of galaxies and what happened next was mere coincidence. The planet Earth just happened to be in the ‘Goldilocks Zone’ or, in other words, exactly the right place. 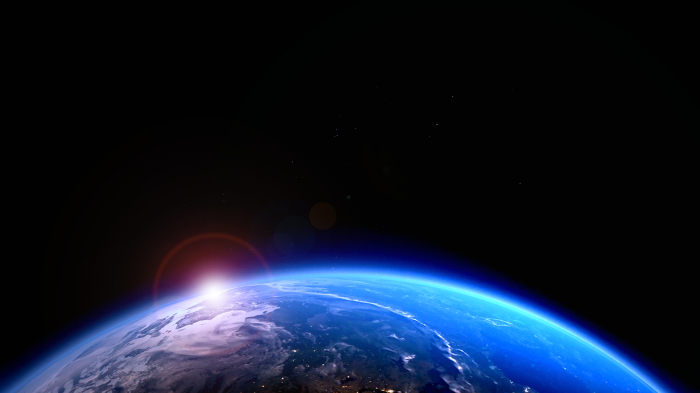 This is the habitable zone, which is exactly the right distance from the sun, which just so happens to be the right temperature for water to remain liquid. Eventually there was the formation of complex molecules that combined to give life 3.8 billion years ago (also equally unlikely). These organisms evolved to form something that was fundamentally reptilian in nature (we were second choice). It took a 6-mile-wide asteroid (mass extinction event) to offer us an opportunity. This is so bizarre it sounds like a Terry Pratchett novel. Yet here we are.

Where we are born is just a matter of chance. This makes a difference in terms of the culture we adopt, which helps shape our personality in combination with our genetic inheritance. It also makes a difference to our health. One thing that never ceases to amaze me is just how often the benefit of the Mediterranean diet crops up in observational studies regarding health and epidemiology.

Indeed, so wide ranging is the evidence, it would almost appear the Mediterranean diet has become a cornerstone for the prevention of chronic disease. This is despite the obvious terrible jokes such as ‘Did you hear about the guy they found dead at the Mediterranean restaurant?’ ‘Yeah, police are calling it a hummus-cide.’ Poor joke I know!

The Mediterranean has a few other things that are also desirable. The main one is better weather. The average amount of annual sunshine that countries around the Mediterranean rim enjoy is an impressive 2650 hours while in Buxton this an underwhelming 1450 hours (no surprise really!).

Buxton at 297m above sea level has an average temperature of 8.2oC with 1035 mm of rainfall. In the Med these figures have an approximate annual average of 22oC and 450 mm, respectively. If only the landmass that we sit on was closer to the equator. Sadly, this was once true 340 million years ago. This was when the Peak District was part of a giant palaeocontinent (Gondwana land), but it was also unfortunately submerged under a warm shallow sea (hence our limestone). 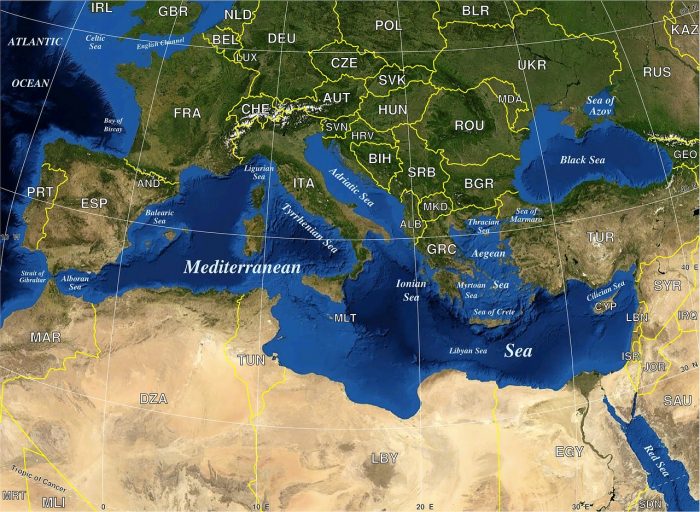 Sleeping habits in the Mediterranean are even better for you. There is some good epidemiological evidence to suggest that men in Greece (where the lunchtime siesta is still practiced) are four times more likely to reach their nineties than their American counterparts. Research suggests that as a species nature intended us to sleep twice a day (this is called biphasic sleep). We all have a hard-wired tendency to experience a reduction in focus and concentration mid-afternoon. Traditionally in the Mediterranean you have a siesta at this point just to frustrate English tourists.

Modern day lifestyles in industrialised countries now dictate that we have one single bout of sleep (on average about 7 hours). Wide ranging epidemiological studies suggest that in countries where biphasic sleep patterns are still practised there is a reduction in cardiovascular disease. They even got that right and it does not stop there!

Two weeks ago, I also remarked on a previous study that was published in the New England Journal of Medicine in 2013. This investigation discovered that changing from a diet high in animal fat to a more plant-based Mediterranean diet reduced oestrogen levels in women by 40% which helped mitigate endometriosis.

This week on May 5th, 2021 another article was published in the journal ‘American Academy of Neurology’ which indicated that a Mediterranean-like-diet (or MD) can reduce the incidence rate of Alzheimer’s. In the absence of effective therapies against Alzheimer’s disease (AD), the identification of modifiable risk/protective factors is important. The findings in this study corroborated the view that a MD is a protective factor against memory decline, a reduction in the volume of brain tissue (or what they called mediotemporal atrophy), tau proteins and amyloidosis formation.

The study examined 343 people who were at high risk of developing Alzheimer’s and compared them to 169 cognitively normal subjects as a baseline. Initially every person’s cognitive skills were measured (this included language, memory and executive function). Executive function is basically a set of mental skills that includes working memory, flexible thinking, and self-control. This is what we use every day to learn, work, and manage daily life.

Any inhibition of executive function can make it hard to focus, follow directions, and handle emotions, amongst many other things. The study also used brain scans to measure brain volume. Spinal fluid from 226 participants was also tested for amyloid and tau protein biomarkers (which I will explain shortly). 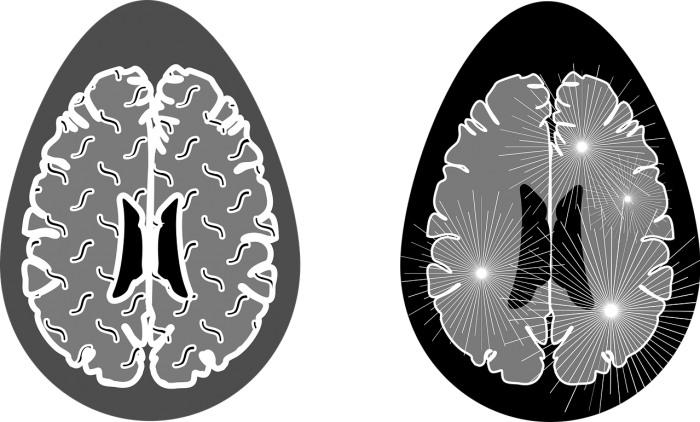 Participants were asked how well they adhered to the Mediterranean diet. Following adjustment for factors like age, gender and education, the study determined that subjects who did not conform to the diet closely had more signs of amyloid and tau build-up in their spinal fluid than those who did. Furthermore, for each point a person lost on failing to follow the Mediterranean diet, brain scans revealed one additional year of brain aging in areas associated with important cognitive functions such as the hippocampus.

The hippocampus is a complex structure embedded deep into the temporal lobe. It has a major role in learning and memory. Studies have shown that it also gets affected in a variety of neurological and psychiatric disorders. Study author Tommaso Ballarini from the German Centre for Neurodegenerative Diseases in Bonn, Germany comments;  ‘These results add to the body of evidence that show what you eat may influence your memory skills later in life.’

The authors concluded that it was highly likely that a combination of factors were working ‘synergistically together’. It is assumed that these helped to reduce inflammation by increasing protective antioxidant consumption. The diet may also supply the brain with beneficial fats from fish in the form of omega-3s as well as monounsaturated fats from extra-virgin olive oil.

This study is well supported by others. A study performed in 2020 of nearly 6,000 healthy older Americans with an average age of 68 found those who followed the Mediterranean or a similar diet lowered their risk of dementia. People with a higher adherence to the Mediterranean diet had almost a 45% to 50% reduction in the risk of having an impaired cognitive function.

More specifically the MD is particularly rich in strong plant antioxidants (or phytochemicals) called polyphenols. A high intake of polyphenols has been strongly linked to a variety of beneficial effects on our health. Although a single food or extract cannot replace the combination of natural phytonutrients in the MD, olives, and olive oil in particular offer unique and powerful health-promoting components. 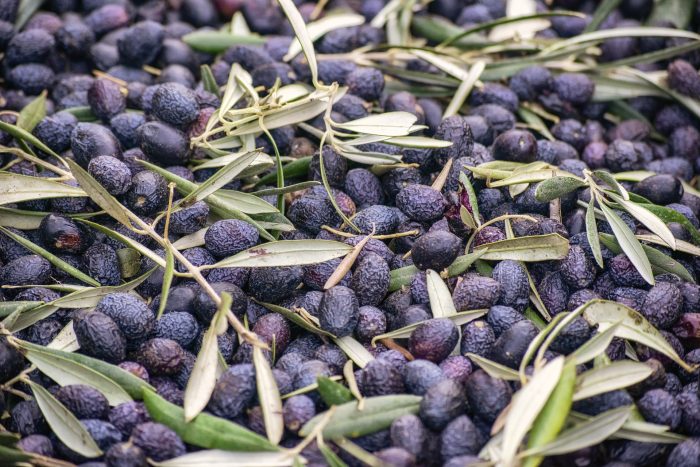 Olive oil polyphenols, like other MD polyphenols, exhibit multiple protective effects that inhibit cardiovascular risk factors, and promote the inhibition of inflammation. The healthy properties of olive oil polyphenols underpin the MD as a particularly good diet to counteract chronic and degenerative disease, not only just in Mediterranean lands but also globally. To answer an earlier question, what is a tau protein and what is amyloidosis?

A tau protein is a key factor in Alzheimer’s. Two major known functions of tau are its ability to promote assembly and to maintain structure of microtubules in our cells (these provide an internal scaffold inside the cell). Microtubules are microscopic hollow tubes that are part of a cell’s cytoskeleton, a network of protein filaments that extends throughout each cell.

They give the cell shape; help keep all the vital components in place and act as tiny little railway tracks (which sounds quite sweet!). They provide a literal inner transport network enabling essential materials to move along their structures within a cell. In AD, because of abnormal chemical changes, small fragments of tau aggregate together abnormally creating tau tangles which then join one another forming ever larger aggregates. These tangles block the transportation network inside the cell, eventually affect cell communication and cause cell death.

Another issue in Alzheimer’s Disease is beta-amyloid protein which aggregates in between neurons forming large plaques (hence the term amyloidosis). This is a breakdown product of a larger protein called amyloid precursor protein (or APP). APP moves from the inside of neuron cell bodies to the outside by passing through the fatty membrane around the cell.

When APP is stimulated to do its normal job, it is cut by other proteins into separate, smaller sections that stay inside and outside cells so they can proceed to undertake their normal roles. A hallmark of Alzheimer’s Disease is that APP is cut to form a substance called beta-amyloid which is chemically ‘sticky’. These tiny pieces of beta-amyloid first form small clusters, then chains of clusters called fibrils, then “mats” of fibrils called beta-sheets. According to the amyloid hypothesis, these stages of beta-amyloid aggregation disrupt cell-to-cell communication and activate immune cells. These immune cells trigger inflammation. Ultimately, the brain cells are destroyed.